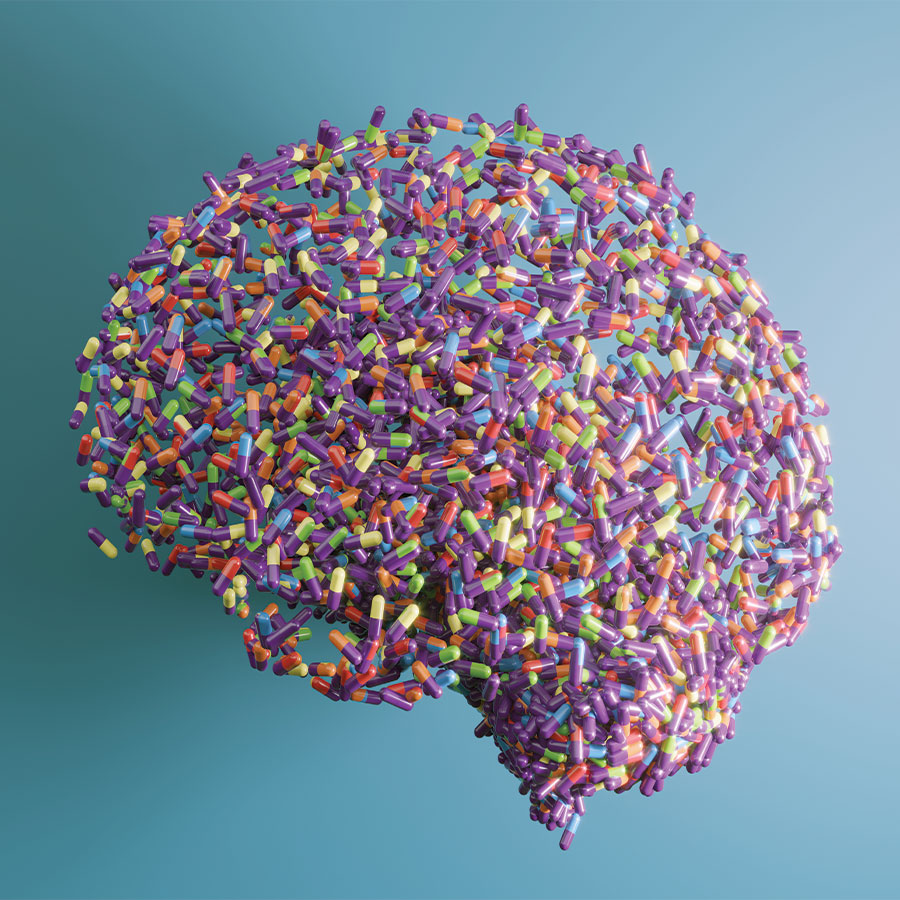 The drug belongs to a class of treatments that aim to slow the advance of the neurodegenerative disease by removing sticky clumps of the toxic protein beta amyloid from the brain. Photo: Eoneren/Getty Images

The U.S. Food and Drug Administration on Friday approved the Alzheimer’s drug Lecanemab developed by Eisai Co Ltd and Biogen Inc for patients in the earliest stages of the mind-wasting disease.

Eisai and Biogen said on Saturday the Japanese drugmaker had applied for full FDA approval of the drug.

The drug, to be sold under the brand Leqembi, belongs to a class of treatments that aim to slow the advance of the neurodegenerative disease by removing sticky clumps of the toxic protein beta amyloid from the brain.

“Today’s news is incredibly important,” said Dr. Howard Fillit, chief science officer of the Alzheimer’s Drug Discovery Foundation. “Our years of research into what is arguably the most complex disease humans face is paying off and it gives us hope that we can make Alzheimer’s not just treatable, but preventable.”

The Japanese company said it also planned to apply for marketing authorization for Leqembi in Japan and the European Union by the end of its business year on March 31, with hope of winning an approval from the Japanese authority by the end of this year.

Eisai estimated the number of U.S. patients eligible for the drug would reach around 100,000 within three years, increasing gradually from there over the medium to long term.

“Our assumption is that the number of global patients eligible for the drug will grow to around 2.5 million by around 2030,” Eisai CEO Haruo Naito told reporters and analysts on Saturday in Tokyo.

“The new drug may not generate a significant profit immediately after the launch, but it will start contributing to our profit in the latter half of the second year or the third year,” he said without giving any concrete figure.

Dr. Erik Musiek, A Washington University neurologist at Barnes-Jewish Hospital, said he was “pleasantly surprised” by the drug’s price.

“Considering the marketplace and the fact that we have no other good disease-modifying treatments, I think it’s in the ballpark of what I would expect,” he said.

Initial patient access will be limited by a number of factors including reimbursement restrictions by Medicare, the U.S. government insurance program for Americans aged 65 and older who represent some 90 per cent of individuals likely to be eligible for Leqembi.

“Without Centers for Medicare & Medicaid Services (CMS) and insurance coverage … access for those who could benefit from the newly-approved treatment will only be available to those who can pay out-of-pocket,” the Alzheimer’s Association said in a statement.

Leqembi was approved under the FDA’s accelerated review process, an expedited pathway that speeds access to a drug based on its impact on underlying disease-related biomarkers believed to predict a clinical benefit.

“This treatment option is the latest therapy to target and affect the underlying disease process of Alzheimer’s instead of only treating the symptoms of the disease,” FDA neuroscience official Billy Dunn said in a statement.

CMS said on Friday that current coverage restrictions for drugs approved under the accelerated pathway could be reconsidered based on its ongoing review of available information.

If the drug receives traditional FDA approval, CMS said it would provide broader coverage. Eisai officials have said the company plans to submit data from a recent successful clinical trial in 1,800 patients as the basis for a full standard review of Leqembi.

The CMS decision was largely in response to a previous Alzheimer’s treatment from Eisai and Biogen. Aducanumab, sold under the brand name Aduhelm, won accelerated approval in 2021 with little evidence that the drug slowed cognitive decline and despite objections by the FDA’s outside experts.

Biogen initially priced Aduhelm at $56,000 per year before cutting the price in half. With limited acceptance and insurance coverage, sales were only $4.5 million in the first nine months of 2022.

Lecanemab is intended for patients with mild cognitive impairment or early Alzheimer’s dementia, a population that doctors believe represents a small segment of the estimated 6 million Americans currently living with the memory-robbing illness.

To receive the treatment, patients will need to undergo testing to show they have amyloid deposits in their brain – either through brain imaging or a spinal tap. They will also need to undergo periodic MRI scans to monitor for brain swelling, a potentially serious side effect associated with this type of drug.

The medicine’s label says doctors should exercise caution if Lecanemab patients are given blood clot preventers. This could be a safety risk, according to an autopsy analysis published this week of a Lecanemab patient who had a stroke and later died.

In the large trial of Lecanemab, which is given by infusion, the drug slowed the rate of cognitive decline in patients with early Alzheimer’s by 27 per cent compared to a placebo. Nearly 13 per cent of patients treated with Leqembi in the trial had brain swelling.

Dr. Babak Tousi, a neuro-geriatrician at the Cleveland Clinic, said the approval will make a “big difference” in the field because it is based on biomarkers rather than just symptoms.

“It’s going to change how we make a diagnosis for Alzheimer’s disease, with more accuracy,” he said.

Tousi acknowledged that the benefit of the drug will likely be modest. “Still, it is a benefit that we were not able to achieve” before this approval.

Alzheimer’s Awareness Month: How Much Memory Loss Is Normal With Aging?

From Alzheimer’s Drugs to Long COVID, the Top Health Stories of 2022