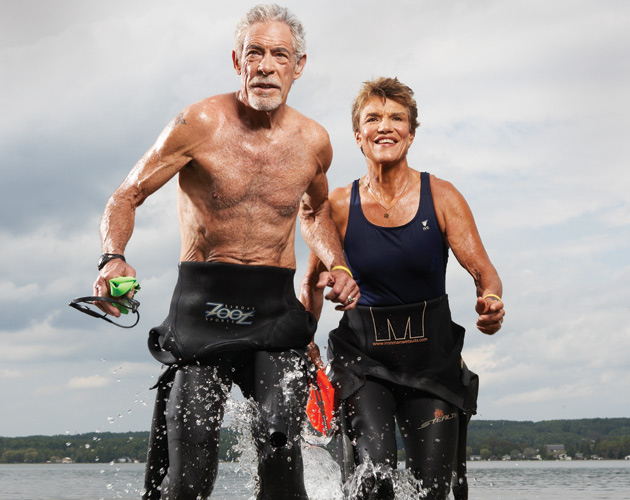 Triathlons aren’t for sissies. And Louise McGonigal and Dave Watts of Elmvale, Ont., are no sissies. Last October, McGonigal, a retired educator, won the Hawaii World Ironman Championship in the 60-65 age group — her 20th Ironman.

They train 12 to 15 hours a week and are already planning for major 2010 Ironman competitions. Competing at an elite level involves the camaraderie of people who don’t associate age with weakness. Watts, a retired contractor, says, “I’ve always trained with younger guys and held my own.I never thought about age. Now, in my 70s, it’s awesome.”

McGonigal feels maintaining her good health and being strong is part of her identity. “You don’t have control of some aspects of aging but you do control your fitness,” she says. “We’re following our passion and, as I get older, I’m proud of my age.”Watts sums up his motivation in one word. “Winning!” But McGonigal adds, “We take pride in deteriorating less than our rivals. We’re defying the aging curve.”