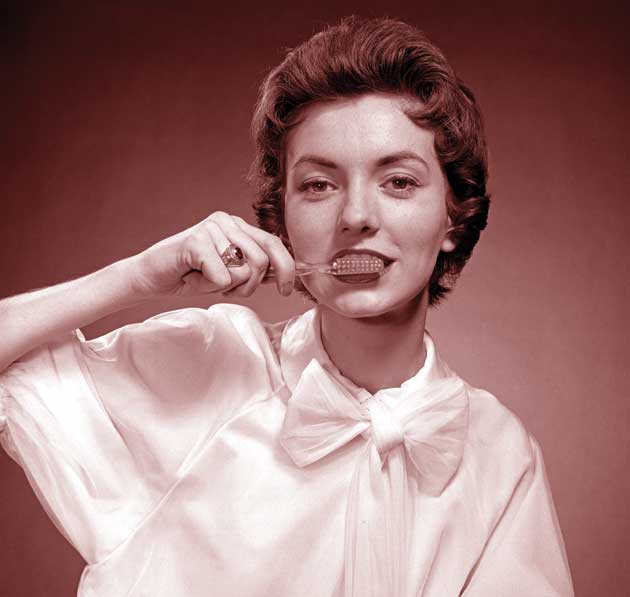 Brush every day to keep dementia at bay? Yet another study shows a big benefit for keeping teeth and gums healthy

Good oral hygiene has been linked to a myriad of health benefits including a lower risk for heart disease, stroke, diabetes and even certain kinds of cancer. And now researchers have found a connection between poor dental health and an increased risk for dementia.

For the study, published in the Journal of the American Geriatrics Society, researchers from the University of California followed 5,500 older adults over a period of 18 years (from 1992 to 2010). When the study began, participants ranged in age from 52 to 105, with an average age of 81. All were dementia-free at the onset of the study when they answered questions about their oral health hygiene and the condition of their teeth.

During the follow-up nearly two decades later, researchers used interviews, hospital data, medical records — and in some cases death certificates — to determine how many participants had developed dementia.

The findings? Researchers reported that people who reported brushing their teeth less than once a day were a whopping 65 per cent more likely to develop dementia than those who brushed on a daily basis. For denture users, people who regularly wore their dentures were also less likely to have dementia.

“Not only does the state of your mind predict what kind of oral health habits you practice, it may be that your oral health habits influence whether or not you get dementia,” Annlia Paganini-Hill, who led the study, told Reuters Health.

Previous studies have shown that people who suffer from Alzheimer’s disease have more gum disease-related bacteria in their brains than a person without Alzheimer’s, according to Paganini-Hill. It’s this bacteria that is thought to cause inflammation — and damage — to the brain.

Study limitations
While the findings certainly suggest an association between poor dental health and increased dementia risk, they don’t prove that unhealthy oral hygiene actually causes dementia. As with many studies, there’s an element of the chicken and egg question. For instance, is carelessness or neglect of one’s dental hygiene (in terms of brushing and flossing) in itself an early sign of dementia?

Another limitation is that the study looked at brushing habits and tooth count as an indication of oral health, but researchers didn’t actually conduct dental exams to determine if the participants had gum disease or not.

Yet, despite these limitations, experts say the findings are worthy of more research and could be an important step toward understanding how lifestyle habits might be associated with dementia.

“It’s nice if this relationship holds true as there’s something people can do (to reduce their chances of developing dementia),” said Paganini-Hill. “First, practice good oral health habits to prevent tooth loss and oral diseases. And second, if you do lose your teeth, wear dentures.”

READ MORE
What your looks say about your health
Flossing could save your life
Soothing sensitive teeth
Can your toothbrush chip your teeth?
10 symptoms you shouldn’t ignore