Manopause: Is it for real? 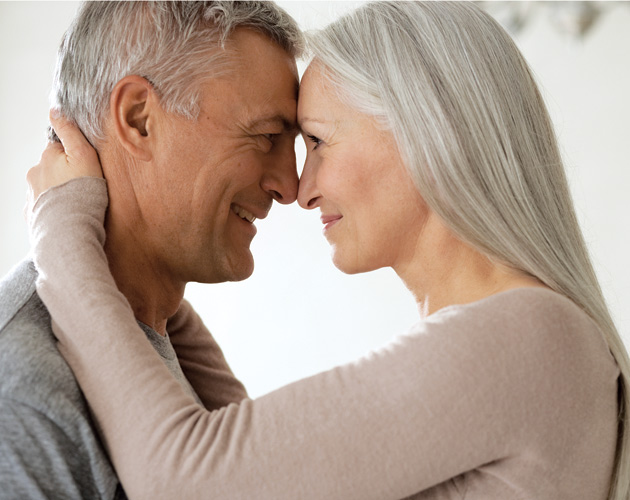 Do guys go through it too? We look at so-called ‘male menopause’ — and the symptoms and treatment options for age-related male hormonal changes

Much has been written about the challenges many women face during menopause. Brought on by a dramatic, age-related drop in the production of reproductive hormones (estrogen and progesterone), many women endure unpleasant symptoms such as hot flushes, irritability, forgetfulness and fatigue.

But women may not be entirely alone. Men also experience hormonal changes brought on by aging.

Mainly, for males, this consists of a decrease in testosterone over time. According to The Mayo Clinic, testosterone levels vary greatly among men, but in general, older men tend to have significantly lower levels. It is believed testosterone gradually declines throughout adulthood, at an average rate of about 1 per cent a year after age 30. By about age 70, the decrease in a man’s testosterone level can be as much as 50 per cent.

The term ‘male menopause’ or ‘manopause’ has been used to describe these age-related hormonal changes in men. Other terms doctors frequently use include andropause, testosterone deficiency, androgen deficiency and late-onset hypogonadism.

Some doctors consider the impact of male menopause to be serious enough that, at least for some men, it can significantly affect their quality of life and relationships, and even increase risk for problems such as heart disease, obesity and diabetes. Other health experts (including the World Health Organization which currently doesn’t recognize ‘andropause’ as a health condition) remain more skeptical.

Not the same for men and women

What most health professionals seem to agree on, however, is that female menopause and so-called male menopause are completely different. Because of the gradual nature of sex hormone changes in men, the symptoms are generally far subtler than for women. Symptoms of male menopause — such as changes in sexual function, mood or energy level — can go unnoticed for years. And some men experience no symptoms at all.

So what are the signs of testosterone deficiency? For some men, lower than normal testosterone levels can contribute to:

Difficulties or changes in sexual performance. These can include erectile dysfunction, reduced sexual desire and infertility.

Sleep problems. Low testosterone can lead to sleep disturbances, such as insomnia or increased sleepiness.

Physical changes. These could include increased body fat as well as a loss in bone density, muscle bulk, strength and endurance. Some men also experience swollen or tender breasts, a loss of body hair, and in rare occasions, hot flushes.

Emotional changes. Low testosterone levels can also lead to feelings of sadness, depression, and a lack of motivation or self-confidence. It can also negatively affect concentration and memory.

Experts note, however, that some of these symptoms are a normal part of aging, or can be caused by other factors including medication side effects, thyroid problems, depression and excessive alcohol use. A blood test is the only way to diagnose low levels of testosterone.

What can be done?

If you suspect that you have a low testosterone level, it’s important to consult your doctor. One treatment option for age-related testosterone deficiency is testosterone replacement therapy, although this is controversial. While it can relieve symptoms for some men, for others — particularly older men — the benefits are less clear. It can also increase risk for other health conditions such as prostate cancer. The best bet, experts say, is to discuss the pros and cons with your doctor.

And keep in mind that like other health problems, symptoms can be eased by adopting better lifestyle choices like keeping a regular schedule of aerobic exercise and weight training, reducing stress, striving for a positive attitude, eating healthy foods and getting enough sleep.