If You’re Over 40, Take This Message To Heart 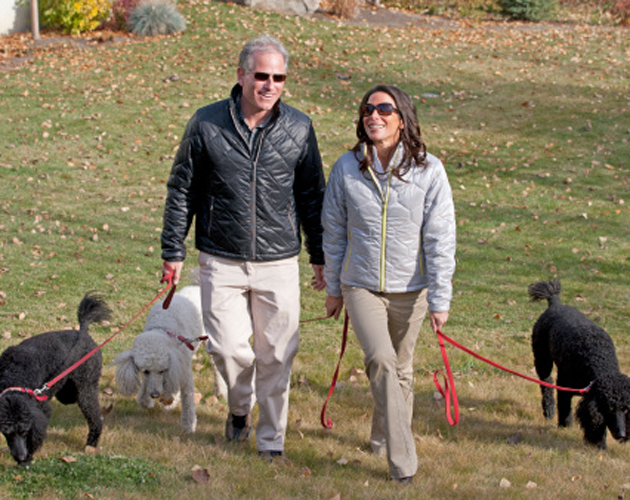 It’s a scary statistic: one in four Canadians over the age of 40 will contract some form of heart disease. Here, we investigate the risks and preventative measures and see what’s next on the heart research front.

1) Beware the Ides of March

Winter weather, which in these northern climates may not leave until well into April, can make the heart work harder, even revealing symptoms of underlying cardiovascular disease. The cold can act as a trigger: it boosts blood pressure as the body tries to conserve heat by limiting blood flow to the limbs and makes blood more likely to clot. In addition, Dr. Eric Horlick, a cardiologist at Toronto’s Peter Munk Cardiac Centre, says the heart’s arteries constrict under cold temperatures. Shovelling snow can also trigger heart attacks, strokes and cardiac arrest, especially for those who rarely exercise. So don’t work too hard at shovelling snow and take this to heart: spring is just around the corner.

Hypertension is one risk factor for heart disease and stroke. Dr. Beth Abramson, a Toronto cardiologist and Heart and Stroke Foundation (HSF) spokesperson, says, “You can’t feel your blood pressure, no matter how in tune with your body you are.”

3) Get into the Rhythm

Acclaimed actress Jane Seymour knows firsthand how dangerous atrial fibrillation (AF) can be. Her mother suffered with this common heartbeat irregularity before having a stroke. “It was devastating to watch her unable to move and unable to speak,” the star well-known as Dr. Quinn, Medicine Woman told Zoomer recently.

Many Zoomers in the sandwich generation and caregivers can relate: according to the HSF, atrial fibrillation affects 350,000 Canadians and accounts for 15 to 20 per cent of strokes.

• What is AF? An electric disturbance of the heart makes the upper chambers (atria) beat rapidly and chaotically (some people don’t feel this), risking clot formation that can lead to a stroke.

• Drug news: In addition to baby Aspirin and warfarin, doctors have a new anticoagulant (dabigatran, or Pradax) that targets specific clotting factors but doesn’t require the frequent blood tests needed with warfarin. Clinically tested and approved, the drug is nevertheless being carefully watched for unexpected bleeding risks.

Heart disease and stroke is the leading cause of death and disability in Canadian women – in fact, women lead men in deaths from cardiovascular disease in Canada. Women tend to be 10 years older than men at the onset of the disease, usually around menopause. “Women report more symptoms and worse quality of life than men after a heart attack,” Abramson says. “There’s a misconception that women experience different symptoms than men. They need to be aware of their warning signs for heart attack and risk factors for heart disease and stroke because much of heart disease and stroke is preventable.” One important thing, she advises, is to “get out there and be more active.”

A lot more active, apparently. The Canadian Society for Exercise Physiology now recommends 150 minutes a week of moderate intensity or 90 minutes of vigorous intensity aerobic physical activity, accumulated in bouts of 10 minutes or more, for both women and men. You don’t need to start running marathons, but a pleasant stroll, gardening and housework won’t cut it, says Dr. Donald H. Paterson, research director for the Canadian Centre for Activity and Aging at the University of Western Ontario. Paterson helped develop the new guidelines, which include older adults 65-plus. And don’t include stretching and flexibility exercises in your week’s tally; although they’re all activities that are good for you, they don’t add any known heart-health benefit.

• Up the ante. Swift walking that pops a sweat and gets the heart beating faster improves cardio-respiratory fitness. Increase the intensity: do it uphill or with a weighted backpack.

• Do something fun. Try old-timer hockey; skiing or hiking will suit outdoorsy types who prefer mountains to main streets.

• Get a dog. According to a University of Calgary study, even bad weather doesn’t deter dog owners from getting out to walk Fido.

A 2011 Norwegian study suggests that the lack of a good night’s sleep is another factor in cardiovascular disease. People who don’t wake up refreshed in the morning have a 27 per cent higher risk of a heart attack than those who do. People who have problems staying asleep almost every night for a month have a 30 per cent higher risk, while those odds jump to 45 per cent for those who have trouble falling asleep almost every night for a month. Speculation is that insomnia triggers the release of the stress hormone cortisol, which is linked to high blood pressure and diabetes, both of which are risk factors for cardiovascular disease. Talk to your doctor if sleeping is an issue for you.

6) Take Your Meds at Night

According to a recent report in the Journal of the American Society of Nephrology, blood pressure-lowering medications may work much better if they are taken at bedtime rather than in the morning. Dr. Ramón C. Hermida of the University of Vigo in Spain, lead researcher of the study, noted that blood pressure normally rises in the morning and dips at night. If blood pressure remains elevated at night, the heart doesn’t have a chance to rest, increasing the long-term risk of cardiovascular disease. Does this mean that you should take your meds before you tuck in? Hermida cautions that the results of his study must first be confirmed by a much larger trial (one is already in the planning stages). Speak with your doctor before changing your medication schedule.

New research led by Dr. Shamir Mehta and Dr. Salim Yusuf of McMaster University shows that the use of Reviparin, an antiblood-clotting agent, reduced rate of deaths, heart attacks and strokes by about one-sixth. Of those treated within two hours of symptom onset, the death rate was lowered by about 30 per cent. According to the Canadian Institutes of Health Research, this finding is the first in a decade in which a single study has demonstrated that an intervention under investigation can reduce mortality rates. All the more reason to get to the hospital as quickly as possible after the symptoms of a heart attack are noticed.

For more on the symptoms of heart attacks and strokes, go to www.heartandstroke.com.