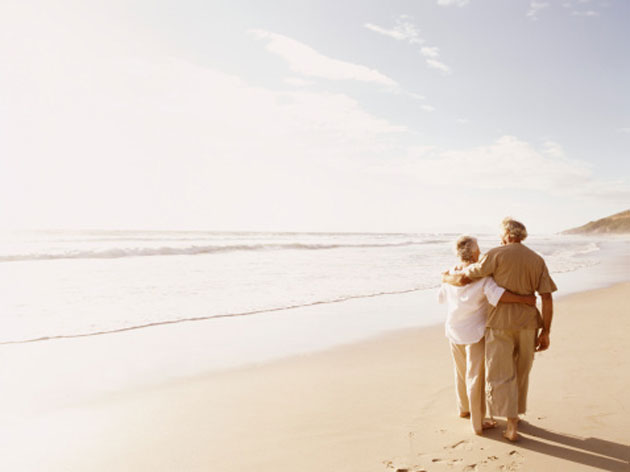 Membership in the centenarian club is on the rise! We look at some key traits that centenarians share.

Canada’s population is aging fast — and it will get even older, according to the latest census numbers.

We know the baby boomers are setting new records as they age, and the leading edge of the generation that includes about 30 per cent of Canada’s population has already crossed the age 65 threshold. It’s one of the reasons Canada saw a record high in the proportion of seniors among our population in 2011 — now up to nearly 5 million people age 65. That’s an increase of about 14 per cent since 2006, and more than double the 5.9 per cent growth rate for Canada’s population as a whole. In addition, Canada’s fastest growing demographic is now people ages 60-64.

However, the real eye opener continues to be a record number of Canadians living to age 100 — and beyond. Between 2006 and 2011, the number of centenarians rose by a record 25.7 per cent from 4635 to 5825 people. The numbers are even more impressive when you remember centenarians were born in 1911 (or earlier) at a time when Canada’s population was about one fifth of what it is now.

The numbers are in keeping with a trend we’ve been seeing for the past 40 years: centenarians continue to be one of the fastest growing demographic groups in Canada. And don’t expect that trend to change any time soon — we’re still near the beginning of a steep upward slope. The number of centenarians is expected to nearly double in the next 10 years, and will reach an estimated 17,600 by 2031. Women, who generally have longer life expectancies than men, make up the majority of centenarians.

So what happens when Canada’s largest generation approaches a century of life? When the oldest of boomers reach 100 in 2046, we can expect to see have about 35,400 centenarians living among us. By 2061 — when the youngest of the boomers are approaching this milestone — it is predicted that number will swell to over 78,000.

Centenarians have some characteristics in common, according to the Boston University School of Medicine’s New England Centenarian Study from a few years back.

• Few centenarians are obese. In the case of men, they are nearly always lean.

• A substantial smoking history is rare.

• Many (30 per cent) experience no significant changes in their thinking abilities, disproving the expectation by many that all centenarians will suffer from dementia.

• Many centenarian women gave birth after the age of 35 and even 40. A woman who naturally has a child after the age of 40 has a 4-times greater chance of living to 100 compared to women who do not. (Bearing a child in one’s forties may indicate that the woman’s reproductive system is aging slowly and that the rest of her body is as well.)

• At least 50 per cent of centenarians have first-degree relatives and/or grandparents who also achieve very old age, and many have exceptionally old siblings.

• Many of the children of centenarians (age range of 65 to 82 years) appear to be following in their parents’ footsteps with marked delays in cardiovascular disease, diabetes and overall mortality.

NEXT: 7 tips for aging well

While good genes can help you live a longer life, a healthy lifestyle is also important, medical experts say. Here are seven tips for healthy aging.

Eat well. A number of studies have shown that a healthy diet can help you live longer and better. Select foods that are nutrient dense, meaning they have lots of essential nutrients in proportion to their calories. These would include whole grains, fresh vegetables and fruits and legumes.

Use sun protection. Sun exposure is responsible not only for much of the skin damage associated with aging, but it puts you at risk for skin cancer.

Limit alcohol. Women who take more than drink a day put themselves at increased risk of cardiovascular diseases, some cancers and liver and pancreatic diseases. Alcohol can weaken your immune system, affect your cognitive abilities and increase your risk of falling.

Avoid tobacco use. Smoking is linked to various cancers, as well as to high blood pressure, heart disease, stroke and lung disease.

Stay socially connected and intellectually curious. Having strong ties to family and friends can reduce stress and keep you healthier. Give your brain a work-out with classes, hobbies, reading and other mind-challenging activities to better maintain your memory.

Get regular medical exams and preventive health screenings. Many diseases are treatable when detected early.

How long can you expect to live? The Life Expectancy Calculator on Livingto100.com is based on findings from various studies of centenarians and other longevity research. (This site has been named twice as one of USA Today’s Hottest Sites.)

For a Canadian version, try this calculator from CanadianBusiness.com.