Walking Away From Foot Pain 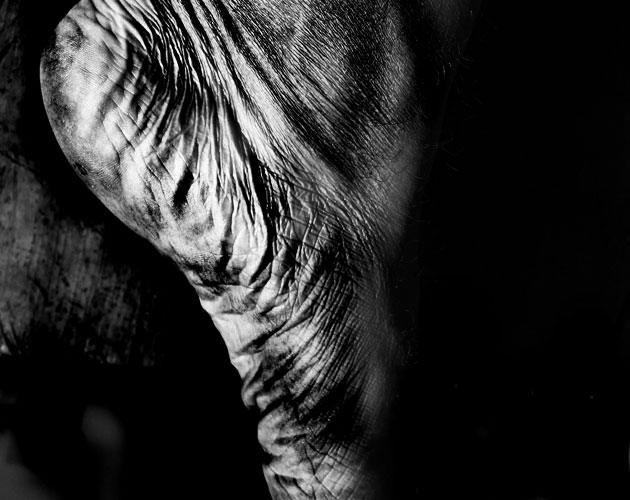 There are Beatles and Elvis posters on the walls and hippy-dippy Birkenstocks on display, but this is not Abbey Road, Electric Lady or Sun Recording studios. It’s the office of the Toronto-based podiatrist Dr. Sheldon Nadal.

Nadal, who strikes a tall, slim figure, has been working with patients for 31 years to help solve their foot-pain problems. “As we age, the most common cause of heel pain,” says Nadal, “is plantar fasciitis, where the tendon, or plantar fascia [the thick tissue that supports the arch of the foot], will pull and become inflamed.”

Another common problem, which centres on pain in the heel, is Achilles tendonitis. Treatments for both include the basic – relieve the pull of the tendon by wearing an elevated heel; the custom – wear a made-to-fit orthotic insole; and over-the-counter or prescription anti-inflammatory meds, which, over time, could have nasty side effects, especially to the heart or blood pressure.

But that was then. Now, Nadal is practising with groundbreaking non-invasive treatments, which employ the combined use of laser light, in the form of the superpulse Lumix 2 Laser, and soundwave technology (read: no drugs or needles). The sound wave is like a sonic boom – another throwback of the boomer-gen era – with less intensity but acts in a similar fashion. “The first doctor to use the technology was in Bulgaria,” Nadal says. “He was using it to break up kidney stones but found that the treatment also helped to strengthen bones.”

Nadal has read that the waves help to break up scar tissue, release growth and healing powers and may even help circulation. Add the laser and certain parts of the cells in the painful area will absorb the low energy light to promote even more healing. For a mild case of pain, one treatment may be enough. For more serious pain, a series of treatments may be prescribed.

In the office, the procedure for my plantar fasciitis takes about 10 minutes; first the soundwave therapy and its hammer-like, rapid-fire pulse on the painful spot on my heel (yes, it hurts a bit, but that’s how you know they’ve hit the spot); then a few minutes of the pain-free laser to boost healing. And although most provincial health plans don’t cover the full cost of the consultation, which includes X-rays and can run to more than $200, Nadal, who is the first to use this technology, says that he sees a significant recovery in 75 per cent of chronic fasciitis patients, making it well worth the expense (treatments can run from $145 to $165 per treatment).

There are a few more good reasons to treat foot pain. According to Nadal, it can contribute to back pain, joint compression, pain in the neck and shoulders and even varicose veins. “Laser treatment can even give relief for arthritis,” Nadal says. “Anything that hurts, this laser can help.”

For me, it sure did. Orthotics may still be on the horizon as a maintenance and further preventative measure, but for now, my Birkenstocks are a shoe in.

NEXT: MORE ON FOOT PAIN

According to Dr. Nadal, laser is not the prescribed method for other causes of foot pain. For bunions, the non-surgical treatment is to wear comfortable shoes along with orthotics. To get rid of bunions and hammertoes, you need surgery. He prefers minimally invasive foot surgery, which is done under local anesthetic. It does not require a trip to the hospital and can be done at his clinic. And he says it tends to be much less painful than conventional surgery.