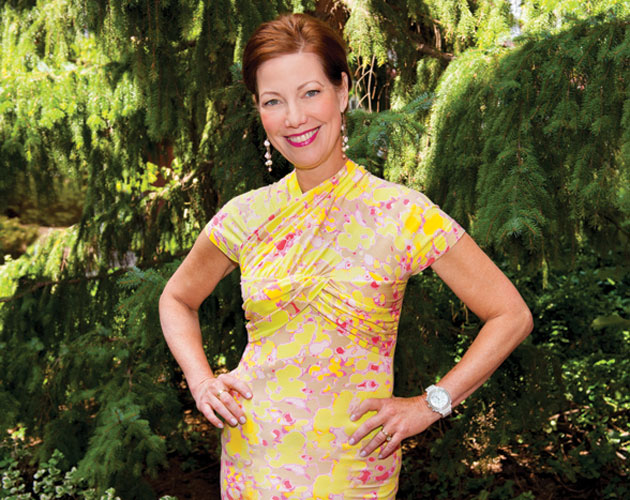 It’s supposed to be the magic number – not that I believe in it – at least not for me. Still, I’m afraid of jinxing things by talking it up in advance. Understand, I really don’t want to make a fuss. But it seems like it would be the height of ingratitude not to mark my fifth anniversary. In July, it’ll be five years since I was diagnosed with pancreatic cancer. And if we’re going to do something special, we’ll have to start planning now.

So I’m in the midst of a strange little superstitious balancing act. I don’t want to anger the gods by taking my good fortune lightly, nor do I want to annoy them with over-confidence. Not that I believe in the multiple
deities I am anxious to appease. Right now, I am still quite miraculously cancer-free. But I have another
round of tests before July. Things can change quickly.

That’s what happened when I wrote my first column for the first issue of Zoomer magazine. “Two years ago last month, I was starting chemotherapy.”  That was my opening line in the piece about celebrating two years since my breast cancer diagnosis. And this was my ending: “Being happy comes naturally, and I really enjoy my life.” The column was on the presses when I got the news about the tumour in my pancreas. I remember taking editor-in-chief Suzanne Boyd and executive editor Vivian Vassos aside at a company event I rushed to right from the doctor’s office. We decided to share the news with our readers, so I just added a short paragraph about my situation. “Wish me luck” was the new last line!

I am very hopeful all that drama is well behind me – and where did this five-year fixation come from anyway? Even the experts aren’t sure. When Richard Manrow of the National Cancer Institute searched his database, the first reference he found to five-year survival was in a 1937 article by Benjamin Rice Shore. The author’s point was that many patients survived much longer than expected, and there was a need for comprehensive survival statistics. Dr. Manrow says, “By the 1940s, the concept of five-year survival as a benchmark … was well established.” Siddhartha Mukherjee, Pulitzer Prize-winning author of The Emperor of All Maladies, says the five-year timeline “was created rather arbitrarily during the 1960s because leukemias in remission were thought to be cured after five years.”

We now know every cancer is different, and each one has its own inflection point where the risk of a recurrence goes down and the chance of being cured goes up. For colon cancer, it’s three years; for testicular cancer, it’s two. But in the public mind, five is the anniversary that has come to mean home-free, time to stop worrying.

The truth is I’ve already stopped worrying – almost. And whether I’m safe or not, my fifth is a rare achievement – because pancreatic cancer is the deadliest form of cancer, with a five-year survival rate of just six per cent. In 22 years of practice and 200 pancreatic cancer surgeries, Dr. Steven Gallinger has seen 10 five-year survivors. And only 15 to 20 per cent of patients are even eligible for surgery to begin with. “Do you feel cured?” he asked me. Frankly, I was shocked
by that question, especially coming from him.

But to be honest, it’s getting hard to remember what it was like to be sick. It is getting harder to live in the moment and to avoid putting things off. Every day, I try to remind myself that it could all be over in an instant, and I should use my time accordingly. But my body doesn’t really believe it. Which I suppose is good news, even though I do have a tendency to be overly optimistic.

I’ve probably encountered 15 five-year survivors, and several told me about recurrences in the sixth or the seventh or the 10th year. So maybe five years is less significant than some milestones I’ve already cleared. As I write this, I’m surrounded by boxes in the sunny new office I just moved into this morning. We are the last division to make the move to the ZoomerPlex in Toronto’s Liberty Village. The company bought the building in 2008, when I was in the midst of my treatment. At the time, I remember I would get very upset when anyone talked about it. Back then, the plan was to move in 2011, and any
mention would make me think: “I won’t be here in 2011.” But here I am finally in 2013! And it’s been ages since I felt a scary frisson of mortality every time I looked at the expiry date on my credit card.

So for me, maybe five years just means it’s time to party. I hope the gods won’t be angry if they’re not
invited!