Hope on the Horizon 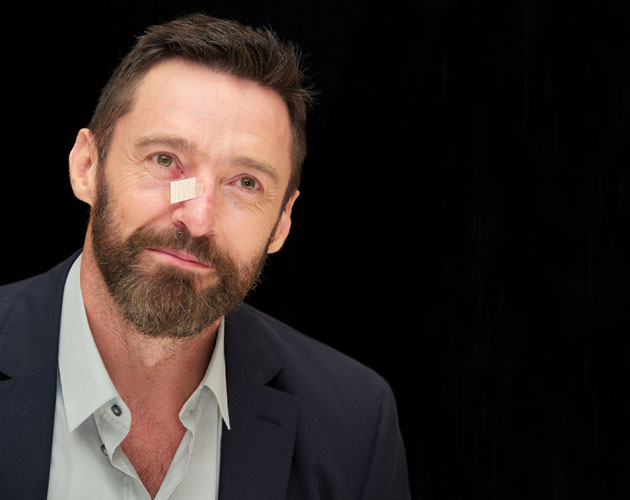 It’s a good thing Hugh Jackman listens to his wife. Here, the skinny on a nasty skin cancer and the importance of early detection.

Last November, Deborra-Lee Furness suggested the 45-year-old Aussie actor have a mark on his nose seen by a doctor. It was basal cell carcinoma, a common but slow-growing skin cancer caused by overexposure to the sun’s ultra-violet radiation. He’d grown up just as awareness of sunscreen protection was beginning and doesn’t recall using it. Jackman had a second lesion removed in May, but the prognosis is good. The Wolverine star now slathers sunscreen over his ripped body, encouraging fans to protect their skin and get checkups, too.

The sunlight that caused his skin cancer can also cause a far more life-threatening skin cancer like melanoma. This cancer targets the skin cells that make melanin, the pigment that gives skin its colour, and can spread to lymph nodes, brain, bones, liver, lungs and other organs. The Canadian Cancer Society estimated that in 2013, some 3,300 men and 2,700 women would be diagnosed with the disease in Canada – and it would kill 640 men and 390 women.

Yet, doctors have long suspected a patient’s own body holds the potential to fight off some cancers, responding as if they were harmful invaders.

Dr. Michael Smylie, a medical oncologist with the Cross Cancer Institute in Edmonton, says, “It’s a possibility that on average, [melanoma] has more mutations, so it might appear more foreign to the immune system.”

Dr. David Hogg, an oncologist at Toronto’s Princess Margaret Cancer Centre says that occasionally, cancer – usually melanoma or kidney cancer – would spontaneously start to regress in some patients. “When one looked through the microscope at the cancer, there were often cells of the immune system mixing it up with the cancer cells, potentially destroying them.”

Now research into this phenomenon and new drug treatment options seem to be producing promising results.

Both doctors use an automotive analogy to describe how these “immune checkpoint regulator” drugs work. A key has to turn on the ignition: the immune system has to recognize a  virus, bacteria or tumour as foreign. Then you have to step on the gas, amplifying the immune system’s targeted response. But there has to also be a brake to stop the system or the patient would die of autoimmunity. And it’s a delicate balance. Hit the accelerator hard and side effects may be severe; brake too soon and the immune system may become tolerant of the tumour.

One of the newer drugs, ipilimumab, targets a brake called CTLA-4 that tries to stop the system almost as soon as it starts to react.

“Ipilimumab  is like disabling the brake of a sports car,” Smylie says. “When we started using it, we would see spectacular cases every so often. Someone’s tumour would go away and never seemed to come back.” But it doesn’t work for everyone.

Hogg notes, “When patients receive this drug for metastatic melanoma, their survival at two years is about one in four patients. It’s a modest step. The newer crop of drugs (nivolumab  and lambrolizumab) target a different brake called PD-1. They seem to be more effective than ipilimumab and surprisingly, have less side effects.”

Of course the doctors want to see more patients surviving years longer than they would have in the past. “Every time we do a clinical trial now, things seem to be a bit better. Now we’re starting to combine these drugs,” Hogg says, noting that researchers expect a greater effect – more tumour shrinkage without worse side effects.

“People think science and medicine move along at a glacial pace. Really what happens is that it moves in fits and starts,” Hogg explains “For 30 or 40 years, we saw no progress in melanoma. Most of our patients with metastatic melanoma died. It was a difficult field to be in medically and psychologically. Patients are surviving longer and it’s a very different landscape than it was even five years ago.”

Smylie adds, “I’ve treated melanoma for almost 20 years now. I tell people it was 18 years of depression and two years of euphoria. What’s really impressive is when you get young people coming back three, four, five years later – and you had given them a terminal diagnosis. Now, they are back five years later, cancer free. That’s the reward.”

NEXT: AN OUNCE OF PREVENTION

An ounce of prevention

Melanoma is largely preventable but incidence in North America is rising. In Australia, where the sun is particularly insidious (it’s said the ozone layer is thinnest directly above the country), sun worshippers follow an aggressive Slip! Slop! Slap! campaign: slip on a shirt; slop on SPF 30-or higher sunscreen; slap on a hat; seek shade; slide on sunglasses. It’s helped lower Australia’s high incidence of skin cancer. Here, a few more tips.

Get to know your moles. Use a mirror or have a partner check your back every month. Have new or changing moles checked by a dermatologist, or get started now with La Roche-Posay’s sun care tips at www.myskincheck.ca – the same company that makes the best-selling Anthelios Ultra-Fluid Lotion.  Add extra layers of protection and take some inspiration from the surfing crowd. Lands’ End swim tees (left) for all ages are recommended by the Skin Cancer Foundation and feature UPF 50 protection. The bonus: they come in pretty prints and nautical patterns that are just as good for the beach as for the beach after-party.