This Is What 70 Looks Like: “Living on the Edge of Chaos” 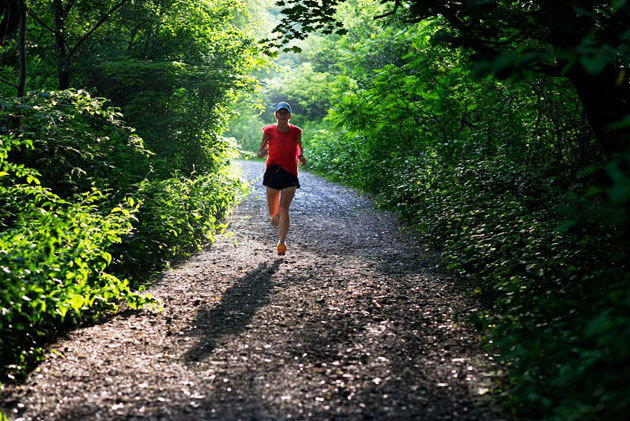 As someone who has witnessed  over the years the myriad ways families and partners cope with illness and loss, this is one of the most creative, discerning and memorable in my experience.

It represents the best in both of them, their differences and their union, their varying coping strategies and response to reactions.

But in the fore it underscores and sets by example, their invention and intuitiveness of what is required to accept inevitability with grace and resolve.

The book Chemo Dairies – Living on the Edge of Chaos is a journal of sorts, told by Beth Franklin about their journey — hers and her husband David’s, as they wound their way through a year of chemotherapy.

It didn’t look like a home in chaos when we marched in, dinner in tow, having gone one door along in our condo. The “Oxygen In Use” labels plastered the doors, warning of hazard. The hospital bed indeed, had been installed in the side room, off the kitchen, the Shinto screens discreetly out of view.

But inside the lights were dimmed, the interior cool, the Bach piano concerto infusing the space with a lyric serenity. We had brought Thai, deliberately light for the pallet and spiced only a bit — all four dishes for four people cooked in 30 minutes.

They have been our neighbors in this upbeat, swish, retro-fit church condo for seven years. Like us, they are nest-less and having husbanded their resources they, like us, had also bought the upgrade design–your–own–space model. Theirs was the one for live-work artists gallery space. At least that is what it had seemed to us when we moved in.

And in truth, they had purchased it from a resident artist. Academics both, they were in the process of “winding down their careers”. He, an urban geographer and professor of environmental studies: she, his one-time student before they had conjoined some 24 years ago and embarked on the mutual pursuit of collaborating, teaching and researching together in on-the-ground community organizing.

Their abode continued to be a frontispiece for all their exotic travels; masks pinned to the exterior walls, statues standing sentinel in the front entry garden. There was an ordered, meticulousness to their home, their garden, and their art, displayed with an adroit and practiced flourish. We had on occasion, on our way into work seen them hauling their luggage down the street from the Pape Subway station on their way home from the annual September sojourn in Venice.

Which brings me back to her book Chemo Diaries, which Beth has just published as an iBook, available for free on iTunes. Written, compiled, created by Beth, it was and is her response to David’s terminal illness.

“What do academics do with the unknown?” she asked of no one in particular that night. “They write”.

What she has crafted though is more than their mutual and parallel narratives of the experience of the last year of chemo treatments in a futile effort to stave off the inexorable progression of his cancer.

The chaos here is not disorder and dissolution. It is rather a reference to chaos theory. It is less of a formula than it is an algorithm — a pathway into the unknown. Sprung from the mathematical framework of quantum mechanics, it has been applied to the social sphere where it balances both the unpredictability at the same time the means to understand the complexities of a teeming social interface.

This has been the stuff of Beth’s career as a researcher and a teacher. It has framed her writing, underpinned her poetry, helped envision her images. It has, in other words, led her undaunted into the unknown with enthusiasm and energy. And it has served her well in tackling the trajectory of this last year with David.

Applied to the process of dying, a very personal level, chaos theory offers a dynamic and somewhat exciting (David’s word) proposition. It is a way into the unforeseen, with all its mystery and certainly not without apprehension.

Beth finished this book after the end of David’s chemo treatments while the future was still “vague and obscure” and the challenges undefined. For her, marching in step through the process, detailing the minutiae of food, weather, physical ailments, seasons, and pleasures was her way of understanding the whole and not just the end.

Their reflections differ and merge — he is full of reminiscences of growing up in war-torn England; she seeks solace in images, and their shared journeys.

She seeks expression in poetry, though David amply shows a similar penchant in comparing himself to Ralph Vaughan Williams’ The Lark Ascending: “The lark, putting huge effort into rising and singing its song, suddenly stops singing and disappears. I never remember seeing a lark silently descending. I see this display as a reflection of a successful death … We simply stop singing, high in our sky, with one last farewell larkish warble.” (ibook pg 179)

And he is resolute and sure that like the dilapidated galleon in JMW Turner’s The fighting Temeraire, he will be brought to his final berth by his own strong steam tug — his Beth (ibook pg. 149).

The diaries, which has just been published online, is a connector as much as it is a reflection of one woman’s journey. And it feels complete as it is, paused at the brink or edge of what is yet to come.

As for David, now in the terminal stages of his disease, they have summoned the resources of the palliative team; the extra nursing care, morning and night; the volunteer caregiver relief, 2 to 3 hours a week; the stand–by parachuting in of the adult children.

More than that though, it is evident that David is in a flurry to finish not one, but two books. As a scholar of urban environments in a contextually dynamic system he has, in his 79 years, seen the changes that have occurred in the cities in which he has lived and he is writing about 21 of them. The second book is an analysis of four decades of Environmental Studies at York University. And even though he is now confined to bed there is determination, dedication and grit when he talks about the work that has to be done before the end.

He is clear that he wants control of this process as well. They have discussed care and entry to palliative units and his wife concurs that details of the physical care aren’t her strong suit. She worries that she” won’t be up to it”.

He worries that if he accedes to going into a unit, he may not have the control he desires. It is a long, engaging evening — a remarkable one in retrospect as the days unfold from there.

In a matter of days I am summoned again — this time, as a medical practitioner to answer some questions that have risen to the fore for David. There has been a sharp physical decline and he decides that his time is now. He stops eating and drinking. He wants a time estimate, not of his suffering, but of the road that he is now embarking on.

The next day, with pain managed, he is at last restful. The children come to spend important time with their father — the yours-mine long since enfolded into ours. The dogs quietly do the meet and greet at the door and then paddle back to check on him. Beth picks out her dress — three actually — so she has David’s approval of her choice. She writes his obit and reads it to him.

Conversations flow, sometimes at the bedside, later around the dining room table. The memories surface of infant colic, the scramble to find childcare, juggling careers, the trips, the community meetings organized around the bed in a beaten up hotel room in Chennai, doing grass roots community organization.

The end when it comes, comes quickly.

There is not so much sorrow as there is gratitude and relief of a good end for a good man. The doctor is called but there is no rush. He will bike across town to sign the death certificate. The children will assemble and close the circle more tightly. David’s books will be finished. In this chaos, the waters separate and sink, then surge and swell merging, flowing — moving on.

Dr. Jean Marmoreo, 71, is a Toronto physician, writer, adventurer and athlete.  Her blog “This is What 70 Looks Like” took silver at the 37th annual National Magazine Awards gala in Toronto.