Between the Lines … with Captain Mark Kelly 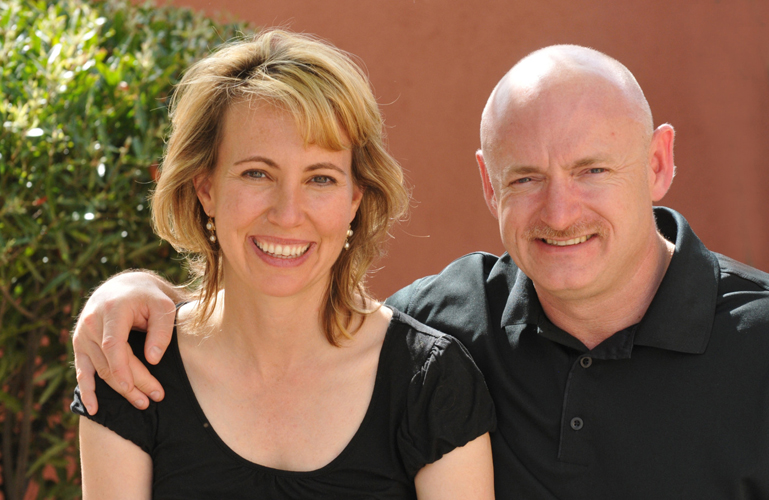 The former space shuttle commander, who’s in Toronto with the March of Dimes, opens up about space travel and the day his wife, Congresswoman Gabrielle Giffords, was shot.

Sitting on the other end of a phone line listening to Captain Mark Kelly reflect on his life and work now that he’s reached the big 5-0 proved humbling to say the least. The conversation included his experience as a Gulf War combat pilot with the U.S. Navy, followed by his tenure as a NASA astronaut with four trips into space, serving as commander of the space shuttle on two of them (including the Space Shuttle Endeavour’s final flight). In other words, he’s an American hero.

He throws in a joke about the accomplishment of getting his kids through high school, as if he can hear the sound of my self-worth shrivelling on the other end of the line as the realization sinks in that I’ll never accomplish a fraction of what he has in only the first half of his life.

Of course the most personal of his accomplishments is the one he shares with his wife, former American Democratic Congresswoman Gabrielle Giffords, who on Jan. 8, 2011, was shot in the head in an assassination attempt during a public appearance in Tucson, Arizona. Six others were killed and 13 injured, but Gabrielle miraculously survived and today the couple campaigns for more reasonable gun control laws in the United States.

“Telling our story, trying to make people feel better and give them something they can take back to their own lives,” Kelly begins, “I’m pretty proud of that.”

One of the biggest challenges to Gabrielle’s recovery, Kelly notes, is aphasia –language disorders that usually result from a traumatic brain injury such as a stroke or, in this case, a gunshot wound.

“The aphasia thing is probably what she spends the most time at trying to overcome,” Kelly tells me. “I think she’ll be working on that for years.”

However, he notes, “She lives a pretty full life and we travel a lot and [for] a lot of work-related things. And she loves marching out in front of a big audience and giving a speech.”

Kelly’s in Toronto today (June 4, 2015) for a dinner supporting the March of Dimes Canada Aphasia and Communications Disabilities Program (ACDP). I spoke with him ahead of the dinner about the day his wife Gabrielle was shot, his travel into space as she lay on the operating table and his goals for the next stage of his life.

His most vivid memory of the day, four years ago, when his wife was shot:

MARK KELLY: I remember getting the phone call. I was at home in Houston, Texas. I’d just gotten off the phone with Gabby 15 minutes earlier and then I get a call from her Chief of Staff who said, “Mark, I don’t know how to tell you this but Gabby’s been shot.” She didn’t have much information so we hung up from the call and a little while later I thought to myself, “Did that actually happen?” And then I called her back and then that’s when she told me that Gabby was shot in the head. She was an in-patient for six months and an outpatient for another year. So it’s been quite the roller coaster.

During the uncertain recovery period, moments or signs that gave him hope that Gabrielle would be okay:

MK: There [are] certain degrees of “okay.” Things like her [playing] around with my wedding ring like she used to, it was a very positive sign. The first time she was able to say a word was pretty positive. She has a left side traumatic brain injury so that’s where your speech centres are, so that was at least a little bit of a relief. She still suffers from aphasia, so there’s that difficulty with communication. The first time she asked a question – for months and months, even though she could speak a little bit she wouldn’t ask anything, which was kind of worrisome.

MK: The word was “what”. It was more like kind of her brain starting up again, I think. At least her speech part. She just kept saying, “What. What. What.” The newspaper reported that Gabby’s first word, I think they said it was “toast.” And that’s just because I told them she said “toast” that day. But it was actually “what.”

And then the first question she asked, she said, “what is happening to me?” But then that was the only question for a long time. We figured out later that’s not what she was trying to ask. That was just the only thing she could say. And then later I figured out, after a few months of her asking that same question over and over that what she was trying to say was, “How are you?”

The most challenging and most rewarding parts of Gabrielle’s recovery?

MK: Well the most challenging thing is this is a slow process. It’s not like you break a leg and you get better in six weeks. It’s a lifetime journey … I think it’s very rare that people fully recover from a traumatic brain injury. So the hard thing about it is I think the slow process and how it requires a lot of patience.

[The most rewarding is] the big steps – I think the first time Gabby walked out onto a stage and gave a speech after she was injured. Or when she went back to vote, when she was still an outpatient in the hospital and she made this very bold decision to go and vote on the bill that would raise the debt ceiling. She wanted to be there to have her voice heard one more time. So that was a big step.

On flying the space shuttle while Gabrielle was scheduled for brain surgery:

MK: On the third day of our flight, Gabby was having brain surgery again. So she was on the operating table, literally, as I’m looking out the window flying the space shuttle at 17,500 miles an hour within a couple of inches to dock with the space station. So talk about an exercise in compartmentalisation. That was a big one for me. Certainly, by far, the biggest ever where I had to be focussed on the job at hand and not worry about the personal stuff in the background. But it was a difficult decision compounded by my wife’s aphasia, because at the time I couldn’t really ask her what she thought I should do.

Whether he ever feels the need to recreate the adrenaline rushes that used to be commonplace in his career in the Navy and at NASA:

MK: If you’re flying the space shuttle or flying an airplane in combat, flying an airplane [recreationally] is right about zero adrenaline rush. I even jumped out of an airplane a couple of times and that was kind of boring. I watched my brother launch into space a month ago and it was pretty exciting. I wish it was me [chuckles] but rocket trips are really expensive.

There’s a company I am involved in here in Tucson, a company called World View and we’re going to take passengers up above 100,000 feet in a spacecraft listed by a helium balloon to give them the perspective of being in outer space and seeing the planet as a big round ball. It’s a space tourism company and I’ll probably be the guy who flies the test flights and the initial ones. So when you fly something new, even if it’s a balloon that comes down on a parafoil, there will be a little bit of adrenaline there. Just a little. I like driving the fast cars around the track. That’s fun.

Personal and/or professional goals he still hopes to achieve:

MK: I’m still trying to figure that out. You know, I find it very important to have goals. One is to get some reasonable legislation passed to address gun violence. That’s a big goal of mine and Gabby’s. Beyond that, I don’t know. I just turned 50. I’ve got goals businesswise – successfully running a business I’m involved in.

… I don’t think I’ve ever thought of this as the second part of my life, but I guess I would have to live over 100 for it not to be. If your goal is not just to sit back and relax, yeah you’ve got to have to have places you’re trying to get to. The thing about goals is it’s always good to fail at stuff you want to do rather than fail at something you’re not too interested in. I think even at 50 it’s good to set the bar high so I’m still figuring that out. Ask me again in a couple of years.

For more on the March of Dimes Gala Dinner, click here.