Is A Broken Heart A Medical Condition? 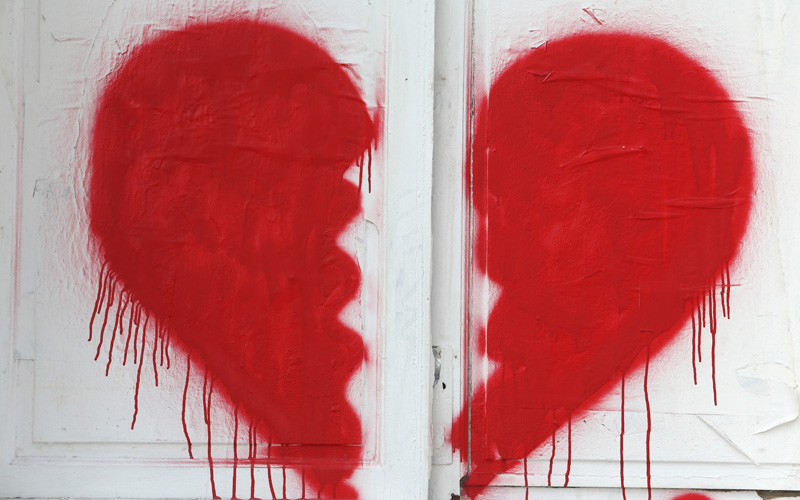 Doctors dubbed it “broken heart syndrome,” after noticing some people with frightening symptoms that felt like a heart attack – chest pain, shortness of breath, sweating and weakness – were grieving the death of a loved one.

Rarely fatal, the syndrome requires a 911 call and prompt treatment because, without diagnostic tests, it can’t be differentiated from a heart attack. For most patients, it’s a scary one-time event, and they recover in hospital in a month or less.

With broken heart syndrome, however, those arteries don’t appear to be blocked. Instead, it’s thought a tsunami of catecholamines – stress hormones produced by the adrenal glands – stuns the cells, leaving the heart temporarily weakened and unable to pump effectively. Its left ventricle, the chamber that normally sends oxygenated blood to the body, balloons into a characteristic shape that Japanese doctors who first wrote about the disorder likened to a pottery octopus trap called a takotsubo The telltale form can be spotted on a chest X-ray, angiogram or echocardiogram.

Stress cardiomyopathy, the medical term for the condition, alludes to the role stress plays in bringing it on. Stressors can include physical factors such as major injuries, infections, a stroke, an acute asthma attack or drugs that raise levels of stress hormones. Emotional or psychological stress may spark an episode – intense grief, the pressure of caregiving, threat of financial disaster, a relentless workload, fear or even the shock of a surprise party.

Among those having an acute coronary event, only an estimated two per cent are actually diagnosed with stress cardiomyopathy.

Oddly, most of them are postmenopausal women, which has researchers wondering why women dominate this one cardiac condition. Perhaps we are the tender-hearted sex after all.