Watch: Dinnie Greenway, 96, Has No Plans To Stop Horseback Riding 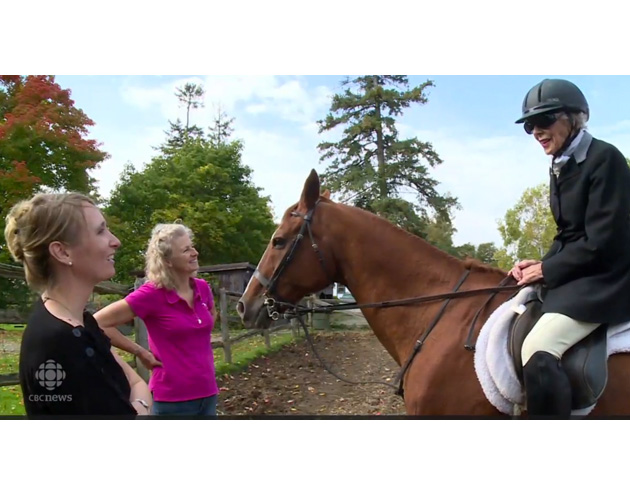 The 96-year-old London, Ontario woman was one of the first-ever female riders to compete and, later, act as judge on the international equestrian stage. It’s a passion that’s been in her life since early childhood—in fact, her mother rode sidesaddle while pregnant with her in 1920.

Greenway has broken her neck twice, but has no lasting side effects, and still rides her 27-year-old mount, Randule—which is really old for a horse. But the two are still making waves in the equestrian world.