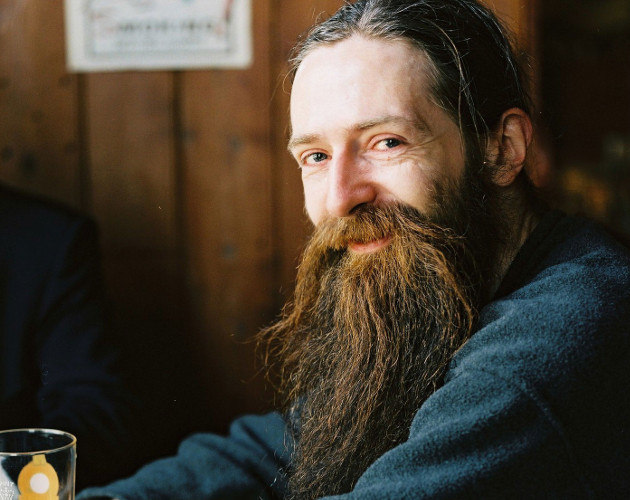 This 54-year-old English-born biomedical gerontologist boldly predicts that his research will one day lead to successful therapies that will stop the aging process. Here, we chat with Dr. Aubrey de Grey before his talk on Radical Life Extension at ideacity 2017 and the latest in longevity research.

Dr. Aubrey de Grey may not actually be a mad scientist, although he certainly fits the description.

Sporting a long, luxurious beard, this 54-year-old English-born biomedical gerontologist boldly predicts that his research will one day lead to successful therapies that will stop the aging process.

Note, de Grey is not talking about extending our lifespans to, say, a piddling number like 150 years. Instead, this man who would cure aging envisions lengthening our lives to a measure that resides far outside the realm or our imagination – he feels it will be possible for humans to live 1,000 years, or more.

Madman? Charlatan? Immortality Merchant? That’s how media used to describe him. But now that he’s garnering interest from big names in the scientific community, all of a sudden, everyone’s treating his ideas with a lot more respect.

Dr. de Grey is the founder and Chief Science Officer of SENS Research Foundation, where he and a team of leading experts are researching the application of regenerative medicine to age-related disease. The bold goal of SENS is to: “help build the industry that will cure the diseases of aging.”

Just give him some time – say 20 years – a sizeable research budget and an ample supply of warm beer, and he’ll deliver the goods.

Peter Muggeridge: What’s the fundamental misunderstanding you feel that people have about aging?

Aubrey de Grey: It is that aging is somehow fundamentally distinct from the so-called diseases of old age. That alleged distinction is utterly contrary to all biological knowledge, and the assumption of its existence is massively damaging to our progress in bringing aging under proper medical control, because it diverts huge quantities of funding into efforts that can never work (efforts that seek to “cure” the “diseases” of old age as if they were infections) and away from efforts to attack the underlying causes both of those “diseases” and of the “non-diseases” of aging, which are the various types of initially harmless damage that the body does to itself throughout life in the course of its normal operation.

PM: You often use a car analogy to illustrate how you feel we should treat aging. Can you explain this engineering approach?

de Grey: It’s not really even an analogy, but a description. That’s because aging is ultimately a phenomenon of physics, not biology: it is a fact of physics that any machine with moving parts, whether or not we view it as “living”, will damage itself as a consequence of its normal operation, and that damage will accumulate. Living organisms are really sophisticated machines, and they incorporate a huge arsenal of automatic, in-built “damage-repair” machinery, but that doesn’t change anything, because that machinery is not 100% comprehensive, so there are certain types of damage that accumulate anyway – and that’s what eventually sickens and kills us.

PM: You’ve identified what you call the Seven Deadly sins that cause aging. Is there one specific area that you’re working on that’s showing promise?

de Grey: I’m very proud to say that no, there is not one – all of them are showing great promise. Stem cell therapies are one that has been showing so much promise for so long that we have actually done hardly any work on it ourselves, since all the really vital stuff is being done perfectly well by other people. But at the other end of the difficulty/progress spectrum, there were until recently two strands that were really not making good progress, namely mitochondrial mutations and crosslinking. Now, however, that’s not remotely true. Both those projects have now made breakthroughs that resulted in great high-profile publications, and – more importantly – that have unlocked ways to make much more rapid progress in the coming year or three.

PM: If you had unlimited, Google-level funding, how soon do you think we’d begin seeing reliable therapies to treat aging make it to market?

de Grey: The funding would undoubtedly make a huge difference: in fact, even 10 per cent of what Calico [a Google-funded company that works toward the same goal] has would probably get us to the point where we were limited simply by the difficulty of the work rather than by the lack of funds. At the moment my best estimate is that we could lose as much as ten years as a result of the lack of funds, which is, you know, half a billion lives, which to me is a rather big deal. But our efforts to influence Calico, or more directly Larry and Sergey [Larry Page and Sergey Brin, Google co-founders], have been rebuffed so far. To answer your question, though: well, of course I must always preface any answer by stressing how speculative it is, since this is pioneering research, and thus that my answer must be understood as a 50-per-cent chance timeframe; moreover, since the SENS approach is very divide-and-conquer, we must always remember that individual components of it may come online before others and would be likely to have very large medical value on their own, albeit much less than what they will eventually have in unison. But with all that said, my answer is … 20 years for the whole package.

PM: How do you respond to the argument that the body is just too bloody complicated to repair damage done by aging?

de Grey: I respond that I have always recognized that fact, and that rather than reacting to it like a basic scientist – whose central motivation is to find things out for the sake of finding things out, so who essentially rejoices in the complexity as the basis for an indefinite research career – I react to it as a technologist, which means I look for ways to side-step and factor out as much of that complexity as possible. That’s exactly what the SENS damage-repair approach does. Everyone agrees that aging is a process of metabolism creating damage throughout life that eventually causes pathology late in life. Damage repair, then, potentially prevents pathology without having to slow down the rate at which metabolism creates pathology, nor having to make the body withstand more damage without exhibiting pathology. Therefore, respectively, it sidesteps our ignorance of both metabolism and pathology. All it requires is that we understand the damage of aging. And it turns out that that damage, while still fairly complex, is nowhere near so complex as either its causes (metabolism) or its consequences (pathology).

PM: In many of your media appearances, you spend a great deal of time decrying the fact that there’s animosity towards your work. Does that come from the scientific community or the public or both?

de Grey: The animosity I have encountered from the scientific community has largely died away, with many top researchers coming into the SENS fold as they progressively came to understand the initially very novel concept that I was propounding. At this point, therefore, my main focus in terms of debate is with regard to the public’s resistance to the idea that aging is either feasible or (more prominently) desirable to eliminate with medicine. I mentioned the main basis for that resistance in my first answer (see above).

PM: You talk about the moral imperative to wage war on aging. Are you making inroads in getting this point across?

de Grey: I believe so. It’s very, very hard to change minds on matters that have been viewed as indisputable since the dawn of civilization, but the sheer simplicity and solidity of the logic of this position eventually overcomes that irrationality.

PM: Scientist, Technologist, Futurist or Humanitarian, which one best describes you?

de Grey: I am good with all of those.

PM: I read an article that quotes you as saying that your research seems to resonate with Canadians. What could possibly be the reason behind this?

de Grey: You tell me! But it continues to be true, and I do my best to reciprocate.

PM: What’s your beer of choice these days?

de Grey: Contrary to popular comment, I am not much of a beer snob. I definitely prefer beers with actual flavour, but that doesn’t exclude much. The main thing is that I continue to be appalled at the absurd non-UK habit of serving beers far too cold.

Aubrey de Grey appears at the ideacity conference (June 14, 15 and 16) in Toronto on June 14, 2017. For more information, or to purchase tickets, visit www.ideacity.ca/ideacity-2017/. If you can’t attend ideacity in person, be sure to check out the free live stream or watch his talk on the website.