Are Private Clinics Taking Advantage Of A Slow Healthcare System? 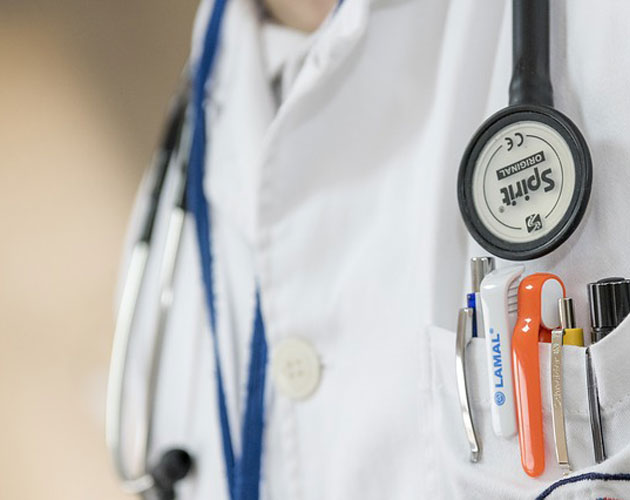 Healthcare might be free in Canada but it certainly isn’t fast. As a result, more and more patients are paying private clinics for fast access to diagnostic testing and surgical procedures. But are these private clinics taking advantage?

Do you know any urologists?” That was the email from my friend Harriet. Her mother was having chronic bladder pain, and the simple possibilities, like an infection, had been ruled out. It was going to take months to see a specialist. That didn’t surprise me, but the kicker did. “She will pay to go to a private clinic,” Harriet told me.

It seems that more patients are willing to do the same to get quicker access to everything from diagnostic tests to surgery. While it’s illegal for doctors who bill the public system to charge patients for any medically necessary service, a report by health coalitions across the country found that 88 of 136 private hospitals and clinics in six provinces are charging user fees. And they don’t have to break the law – sometimes patients are “upsold” to procedures not covered by the public system or required to get a service that is not covered before they can get access to one that is.

“In some cases, they are … charging patients for services for which they have already paid in their taxes,” writes Natalie Mehra, author of the report and executive director of the Ontario Health Coalition. “Private clinics have institutionalized the practice of co-mingling medically needed services with medically unnecessary procedures to sidestep laws that prohibit extra fees.”

“I saw my ophthalmologist about my cataracts,” Donna told me when she called into my radio show Fight Back with Libby Znaimer. “I had to pay $400 for the upgraded measurement program that they say is way better than OHIP. Should I have?”

The answer to that, of course, is between Donna and her doctor. She dug deep into her pension to pay because she didn’t want to take a chance. According to Mehra, $400 is about twice what is usually charged for premium measurement, and that highlights another problem. Since these fees are unregulated, they are all over the map, “up to five times more than those in the public system,” says Adam Lynes-Ford of the B.C. Health Coalition.

Donna was also told that when she finally gets her publically funded surgery after a year-long wait, she should pay $70 per eye for upgraded lenses. Donna may have gotten off easy on that one – clinics charge up to $1,700 an eye for premium lenses.

Mehra assured Donna that “everything you actually need for a good outcome for cataract surgery is covered by OHIP.” But not everyone agrees. A few days later, Dr. Nadia Alam, president-elect of the Ontario Medical Association, told me her own mother is having trouble with the government-covered lenses she received with her cataract surgery. “The government is willing to cover certain things, but that doesn’t mean those are the best things,” she said.

Volunteers posing as patients canvassed a group of private B.C. clinics about the cost of surgery on a torn ACL. Fees for the consultation alone ranged from $350 to $700 with the actual procedure ranging from $5,000 to $12,000. They all promised surgery within weeks instead of waiting up to two years. B.C. is ground zero for private health care with the highest number of clinics charging extra fees.

One clinic owner, Dr. Brian Day, has brought a charter challenge to strike down prohibitions on extra billing and user fees. In the meantime, the B.C. Health Coalition alleges that his clinics illegally billed half a million dollars in just 30 days.

Even in cases where illegal billing has been proved, there are few consequences. According to the Globe and Mail, roughly 1,000 doctors in Quebec had to pay their patients back but were not sanctioned. The same thing happened to about 100 doctors in Ontario last year.

Beefing up enforcement is, in itself, no solution to long waits and limited access. Some say the only way to fix our health-care system is with more private medicine.

The health coalitions say private clinics are the problem, and they have to be outlawed. The answer may lie between those two extremes. But we need clear rules.

In the meantime, Harriet will keep looking for a urologist who will allow her mother to jump the queue in exchange for cash, and Donna will never be sure if she really had to pay extra to clear her cataracts.