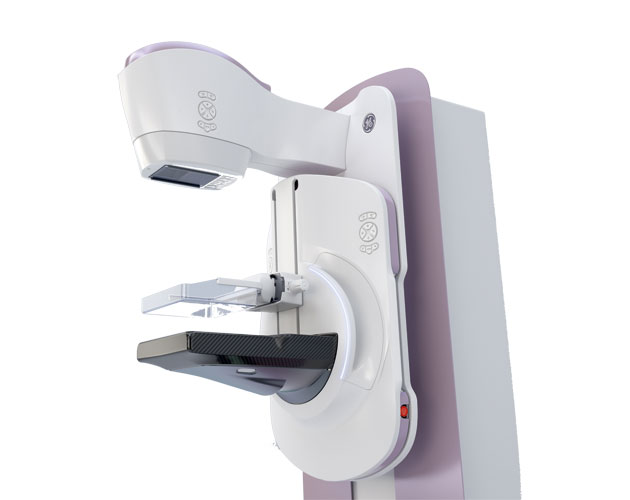 October is breast cancer awareness month, and awareness is the operational word. Meet Senographe Pristina, the latest breast imaging machine that was created with the help of the experts—the patients.

October is breast cancer awareness month, and awareness is the operative word. If cancer is detected before spreading beyond the breast, the five-year survival rate increases from 85 to 99 per cent. Encouraging, but let’s be honest: getting a mammogram can sink screening to the bottom of a woman’s want-to-do list.

“Typically, 25 to 46 per cent have their first mammogram, and then they don’t come back because the experience wasn’t terrific,” says Heather Chalmers, vice-president and GM of GE Healthcare Canada.

Enter the Senographe Pristina, GE’s latest breast imaging machine. Launched in Europe last year, Canada will see its first installed in Ontario and Quebec this fall. The redesign was led by a team of women, which seems a no-brainer, but Chalmers believes the real paradigm shift came from including patients for the first time in the process.

Admittedly prettier than typical X-ray equipment, the Pristina features soft blush accents (for a calming effect), curves (every corner rounded for comfort) and contact points that are warm to the touch. And what about that dreaded breast pancaking? Now it’s in the hands – literally – of the patient by means of a self-compression controller – the outcome of which was surprising.

“You have a sense of control and you’re doing it at your own speed. And we’ve been able to show that women actually compressed further than the technologist would be able to,” Chalmers explained.

Focusing on ways to make the patient experience better seems to have paid off. European user surveys show that 83 per cent of patients rated their experience better, 70 per cent noted that it was more comfortable and 66 per cent perceived the exam to be shorter – even though it isn’t, Chalmers notes. What’s more, she says, image quality generally improves the more relaxed a patient is, which, in turn, can help reduce exam redos.

A version of this article appeared in the October 2017 issue with the headline, “Top Drawer,” p. 24.