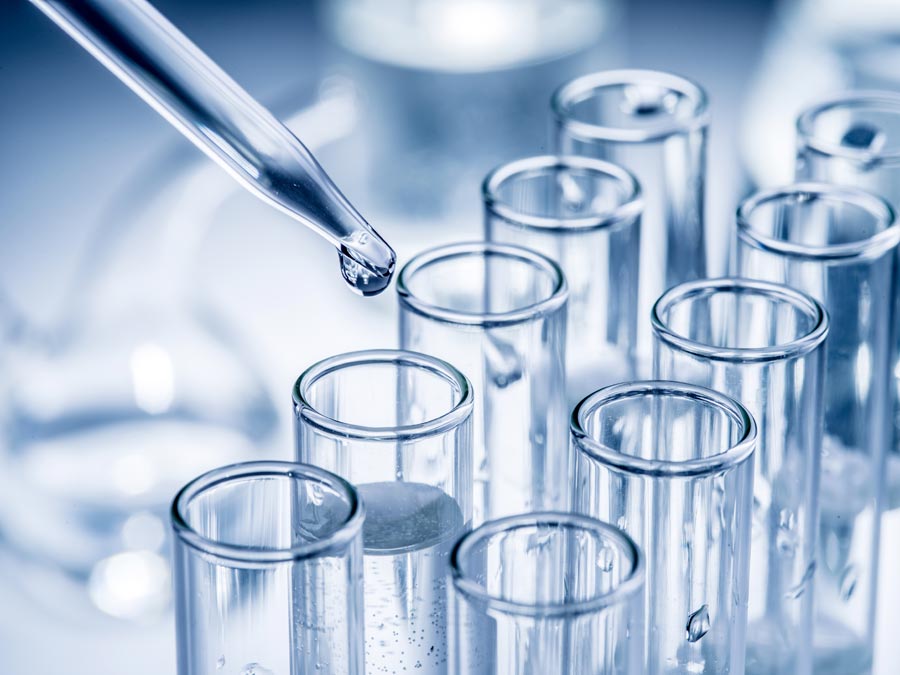 According to the Canadian Cancer Society, one in four Canadians will die from the disease. Here, six scientific starters that are all about getting an early diagnosis for the disease, which can lead to a vastly better outcome.

A biomedical engineering team at the Technion-Israel Institute of Technology is using nano pores—incredibly tiny holes—to detect early signs of cancer. The Israeli researchers are working with nanopores that are about 100,000 times thinner than a piece of paper. When these holes are drilled into ultra thin silicon membranes, they can be used in the lab to scan the properties of suspect DNA molecules as they pass through them, potentially picking up on biomarkers for colorectal and lung cancers before they’ve progressed past stage I.

A long-term collaboration between the Georgia Institute of Technology and Atlanta’s Ovarian Cancer Institute paid off last year with a groundbreaking highly accurate blood test for early ovarian cancer. That’s welcome news because ovarian cancer is often not diagnosed until it’s in advanced stages. Before that, symptoms such as bloating and indigestion are frequently mistaken for gastrointestinal problems, or there may be no symptoms at all. The new blood test looks for certain metabolite levels—compounds produced in the body during metabolic processes—that have been shown to be a distinct and reliable sign of ovarian cancer.

Your saliva can deliver gobs of information about your health. Earlier this year, scientist David Wong at UCLA presented a new saliva test for cancer. His test uses a prototype device to check for a specific gene mutation that’s linked to lung cancer and is especially common in Asian countries. In earlier research, Wong has shown that saliva carries biomarkers for non-small-cell lung cancer. One of the advantages of saliva testing is that it can produce results in minutes, much faster than blood testing. And Wong’s test requires only a drop of spit, which patients find more appealing than a needle poke in the arm to withdraw blood.

In other bodily fluid breakthroughs, the Centre for Molecular Oncology at Barts Cancer Institute in London has come up with a urine test for early-stage pancreatic cancer. Pancreatic cancer often doesn’t cause any symptoms until it’s well advanced, which is why, in four out of five cases, the cancer has already spread by the time it’s diagnosed. The new test, which can recognize about 1,500 different proteins in urine, checks for the presence of three specific proteins that appear in high amounts in patients with pancreatic cancer. In a study released last year, this combination proved about 90 per cent accurate in identifying people with stage I or II pancreatic cancer.

Imagine a breathalyzer test that reveals not how many martinis you had with dinner, but whether or not you have early-stage lung cancer. We all have a mix of volatile organic compounds (VOCs) in our breath. Normally, these are not noticeable to the human nose (unless your latest meal also happened to include garlic and onions). Enter electronic breath analyzers, known as artificial noses or e-noses. E-noses can non-invasively gather important clues about our health by measuring trace amounts of VOCs, including the VOCs produced by cancer cells. More development is needed before reliable testing is available, but a 2014 research review in China confirmed the potential of this technology to lead to a much earlier diagnosis of lung cancer.

6. A scanner for your skin

The MoleScope, developed in Canada, is a clip-on attachment for your smartphone that allows you to take magnified photographs of your skin blemishes. The accompanying app tracks your spots over time, so you’ll know when they are evolving or otherwise suspicious. The company founders hope their device will prompt more people with early melanoma to see their dermatologists immediately. The MoleScope became available in 2015 and costs $149. A version of this article appeared in the June 2016 issue with the headline, “6 New Ways to Find Cancer Sooner,” p. 53.