One for the History Books: Helga Weyhe, 95, Is Germany’s Oldest Bookseller 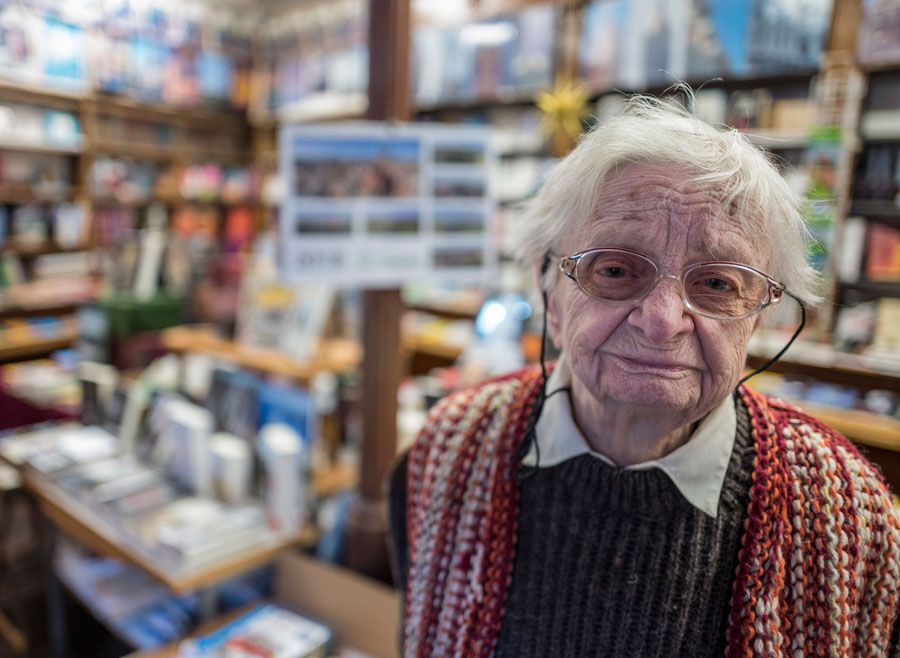 Helga Weyhe, 95, who rode out a World War, military occupation and the Cold War surrounded by her beloved tomes, which line the walls her grandfather first stocked more than a century and a half ago, is now officially recognized as “Germany’s Oldest Bookseller.” The German Booksellers’ Association conferred the honour on her last year.

“I started in 1944 and I’m still here,” Weyhe told the Agence France-Presse (AFP), noting that running the bookstore is something of a culmination of her life’s goals. “I had lots of dreams when I was young but they always involved books.”

The bookstore itself opened in 1840 and Weyhe’s grandfather took over the shop four decades later. The nonagenarian began working there during the Second World War and, 74 years later, after enduring Soviet occupation and years behind the Iron Curtain, she remains eager to serve her clientele.

With no immediate family of her own, the bookstore truly is Weyhe’s passion, which may explain why she wouldn’t offer a direct answer to AFP’s question about when she might retire. She did, however, point them to a loyal customer, a pastor named Klaus Schartmann, 78, who extolled her ability for recommending fantastic reads.

“Who else can help a man like Herr Schartmann? Not just anyone can have that conversation – you have to have a bit of experience,” she explained, highlighting a rare personal touch in an age of online retailers cannibalising brick and mortar booksellers. “I try to have books that amaze people and make them say ‘You sell that in this little town?’ That is why I draw customers from far away. I like to say my clientele is from Boston to Bangkok.”

And as for her designation as Germany’s oldest bookseller, Weyhe won’t accept all the credit. “When I won, I said this isn’t mine alone,” she said. “It’s for my family, which has held on here for so long.”