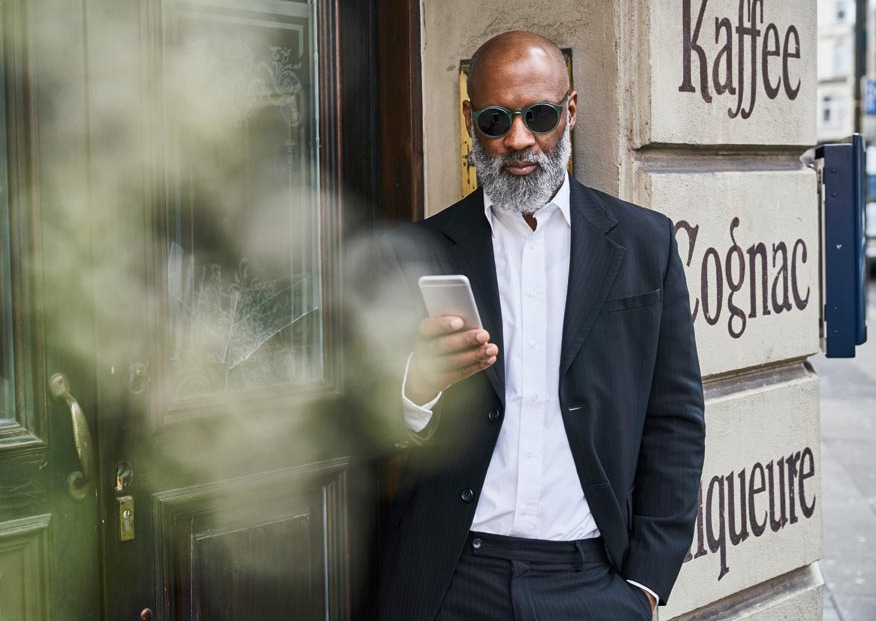 Amintro, an online app designed to combat loneliness and social isolation experienced by older adults, is now available in Canada.

Move over Tinder, there’s a new game in town.

Amintro, a new app and online platform that helps adults aged 50 and up find new friends has launched across Canada and is now available for iPhone and Android users on the App Store and Google Play or for anyone with an internet connection at www.amintro.com.

The app takes its cue from online dating apps that connect users who are in close proximity to one another. But, unlike Tinder, its main goal is to foster platonic friendship rather than a quick romp in the sack.

It also requires more effort than a swipe right or left from its users. After signing up with your email or connecting to the app with your Facebook account, you’re prompted to fill out a detailed profile, which is used to connect you with users who share similar interests, life experiences and social circles.

The matches provided by the app shouldn’t be taken lightly, either. The parameters that are used to determine your compatibility with fellow users are the result of years of research in the field of sociology and mature adults.

But if you’re still skeptical of the software’s ability to find you friends you can always go rogue. Users have the option to search manually using 1 to 4 search parameters provided by the app, which include common interests and bucket list items you might share.

Amintro founder Charlene Nadalin was inspired to create the app and online platform after her mother struggled with loneliness following the loss of her husband at the age of 56.

The social isolation often experienced by people in similar situations has been identified as a major health concern that contributes to the mortality rate of older adults.

In addition to addressing those concerns, Amintro caters to a key demographic of internet users who are ignored by networking sites that target a younger audience.

Baby Boomers for example, make up one of the fastest growing segments of smartphone owners and a third of all internet users.

That’s not to say you have to be a tech whiz to benefit from the online tool. Those who are less experienced with online communication or even those who’d rather interact in person don’t have to spend an inordinate amount of time on the app.

After you’ve introduced yourself to a match, you can spend as little or as much time as you’d like in the online chat before you exchange phone numbers or set up  a meeting in person.

If you’re still having a hard time accepting help from an app to boost your social life, just think of all the friends you might be missing out on by leaving it to chance.