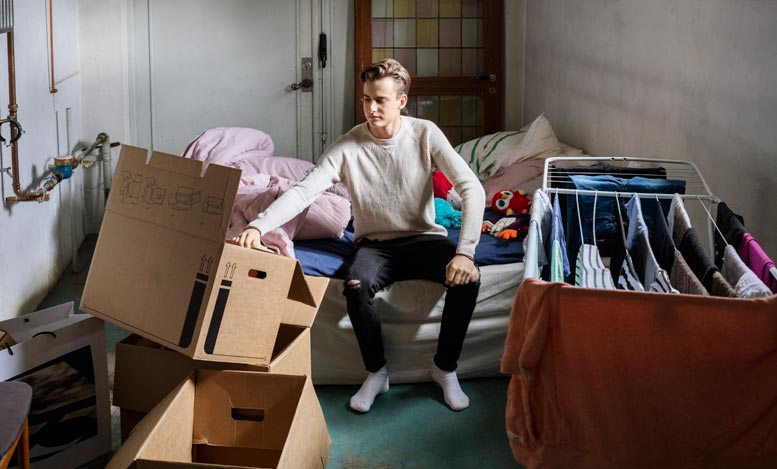 It amused many this week when a judge in Syracuse, N.Y. ordered a 30-year-old man to move out of his parents’ house. If it hasn’t made it to the late-night talk show monologues yet, it certainly will.

If you’re keen to mock millennial entitlement, this story is like shooting fish in a barrel. In his defence against the eviction proceedings by his parents, Michael Rotondo declared he, “has never been expected to contribute to household expenses, or assisted with chores and the maintenance of the premises, and claims that this is simply a component of his living agreement.”

The fact that the guy’s name is Michael (Rotondo) made my wife and I laugh, okay, a little sardonically. We have a Michael who’s 28 — the older of our two twentysomething sons — who’s leaving home for the second time in June.

The similarities end there though. The American Michael apparently has no work history to speak of.

After a period of “finding himself,” ours has worked his tail off to get two engineering diplomas while working part-time on the side. Now, he’s parlaying his savings, student loans and an assist from me to fast-track a degree at a university in another town. (The younger one has been less directed, but is in university studying film and also working part-time. Our agreement is he can stay as long as he likes as long as he pays rent).

My point is that the Michael Rotondo case is and isn’t emblematic of the entire millennial generation. Yes, they’re staying home in record numbers. According to the 2016 census results from Statistics Canada, more than one-in-three young adults across the country (defined as between 20 to 34) live with their parents.

But to characterize these stay-at-homers as lazy is counter-intuitive. We see millennials at work everywhere, often for what has become the go-to minimum wage. When they do get degrees, they are often burdened by debt with unrewarding work prospects. Good paying, unionized jobs have largely disappeared and the cost of living in larger Canadian cities has skyrocketed.

Several years ago, at a Toronto newspaper where I doubled as a union executive, the company absorbed a non-unionized free daily, staffed mainly by twenty- and thirtysomethings. The agreement was that the new staffers had to join the union and take on our wage grid and benefits. It was with some shock that I realized I had to explain to these educated and trained young people what benefits even were (let alone that they were all getting substantial raises).

I recall that one of them moved out of her parents’ home and bought her first condo almost immediately.

It’s not that stay-at-homes were exactly unicorns in the past. My older brother, now a retired teacher, came and went repeatedly in the ‘70s before finally leaving home for good at age 26 (for the record, I left at 20). In some ethnic communities, sons traditionally stayed with their parents until they got married. My Portuguese-Canadian neighbour John, now in his mid-50s, did exactly that until his marriage in his late-20s.

When we moved into the house we’ve lived in for a quarter-century, I was intrigued to discover my (since-deceased) widower neighbour on the other side had lived in his house since 1918, when he was eight. The story was that he’d moved out, got married and then he and his wife moved back into the family home to help his ailing parents.

Which brings us to another part of the StatsCan release. To wit: “The census does not identify the reasons why young adults may be living with their parents. The direction of support can go both ways (from parent to child or from child to parent), and it can change over time.”

Indeed. I have a Gen-Xer friend who volunteered to be the live-in caretaker for her ailing grandfather. In a stroke of bad luck, at about the same time, (a) her grandfather died, and (b) she was laid off from her job. Told she had to leave her late grandfather’s apartment, she moved back in with her parents in a Barrie-area community. Down the road, who knows if she’ll be looking after them?

Even the harshest critics of millennials wouldn’t claim that cohort created the conditions under which they must make a living. The blame for that would go to us. So, if this is the millennials’ new reality, it’s also ours.

Which changes the question from, ‘When will my kids leave?’ to ‘How badly do I want them to leave?’ In the case of the Rotondos, the answer is obvious – pretty badly. In their deposition, the parents outlined the various notices they’d given their son, including one that suggested how he might finance his move.

“Sell the other things you have that have any significant value, (e.g. stereo, some tools etc.). This is especially true for any weapons you may have.” (Gulp).

But in trading notes with other parents, I’ve discovered having an adult offspring at home is not generally considered a huge burden. There’s a loved one there to help around the house and to take care of the dog when you go on vacation. A little rent helps knock down your own remaining debts, and you don’t have to worry about your tenant’s sketchy past.

I have told my younger son that if he stays long enough, he can be our fulltime caregiver. He has promised he’ll definitely leave before then.

I call that an incentive.