Home Invasion: How I Survived Our First Break-In of the Modern Era 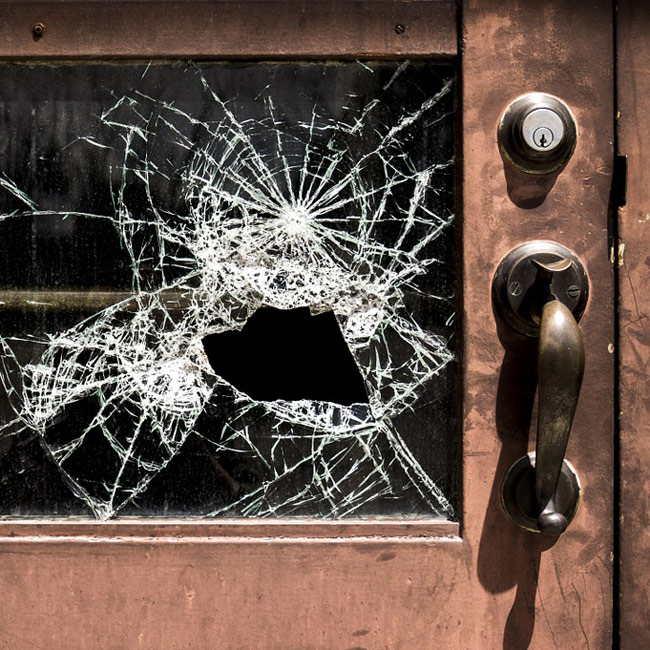 Home invasion can be scary, especially in the modern era wherein you don’t just suffer material loss — you also suffer the possibility of future losses, up to and including identity theft.

My 23-year-old son gave the once-over to my security update on our back door — new lock, hotel-latch and a metal bar that slid over the door and frame. “Are you expecting them to come back with a battering ram?” he asked sarcastically.

Merry Christmas. On Dec. 18, sometime between 12:30 a.m. and 4 a.m., while we were sleeping, a person or persons unknown successfully worked the lock on our back door. I assume they moved quickly in the dark. Most of what they would take was sitting in a tray on our coffee table. Our wallets, our iPhones, my wife’s laptop from a nearby table. And my car keys.

On their way out, they passed by a liquor cabinet of collectible whiskeys and only took a bottle of cheap vodka. Barbarians.

In a previous home, 30 years earlier, the only other break-in we’d experienced saw our belongings turned upside down. This time, the intruders’ presence wasn’t immediately detectable. I got up, made coffee and a bit of breakfast, grabbed my work laptop (which miraculously had gone unnoticed on a shelf below the table) and started typing.

Suddenly, I heard Bianca’s voice from upstairs. “Jim, where’s our car?”
Had I been awake and had I physically confronted the intruders, by definition, it would have been a home invasion. As it is, it remains a break-in, the creep factor aside. There were 6,877 break-ins in Toronto in 2017, and 3,526 car thefts (85,000 nationwide). Our deep sleep was probably a good thing. Anybody brazen enough to break into a house with people in it is probably prepared for a confrontation and possibly armed.

I’m inclined to call this our first break-in of the modern era, wherein you don’t just suffer a loss, you suffer the possibility of future losses, up to and including identity theft. Smartphone, wallet and car is kind of a perfect storm.

Shock would take a while to sink in, given all the details that took up almost every day of the Christmas season. Cops first, then Visa, then our cellphone provider, change the locks because now they had our keys, cancel and replace our department store cards, call the bank to deactivate our ATM cards, Air Miles, Aeroplan, Optimum Card, new temporary licenses and health cards, changed PINs on various phone apps that connected to our credit cards, apply for credit checks and on and on.

People would say things like, “Your new card will be at the bank. Just show them three pieces of ID.” Uh, maybe you weren’t listening to what was taken from me.

Happily, we still had our passports. Without that one, universally acceptable piece of ID, we’d officially have ceased to exist.

Oh, and everyone who’s laughed at us for still having a landline? For a few days, it was our only means of communication with everyone we needed to help us shore up our identities. I took a few walks to clear my head over those two days, and was struck by the realization that I was walking with my head up while virtually everyone else was had theirs down, staring at the device in their hand as they walked.

And then there was the car. In a way, it was like losing a living thing. It was a 10-year-old SUV with nearly 200,000 km on it. Those kilometres encompassed our anniversary trip to New Orleans and Memphis, several trips to my in-laws’ in North Carolina, a weekend in New York last year and umpteen trips to cottage country.

Bianca loved the car, which she’d always referred to as “she.” Her strong feelings toward it reminded me of the Polynesian concept of “mana,” which refers to the power we ascribe to objects. We were physically fine. Other than some photos of recent trips on a hard-drive, everything that was taken fell under the category of “stuff,” replaceable by our insurance company.
Still, there were some sleepless nights, which gradually began to improve. I began a nightly ritual of making my most important objects harder to find before I turned in.

It occurred to me that being curled up in my bed had previously been the safest, most comfortable feeling I’d experience on a daily basis. It was also, as it turned out, my most vulnerable state. Suddenly, I became more aware of homeless people, whether asleep on a grate or in a makeshift tent under an overpass. They live with this vulnerability daily, shutting out thousands of passersby from their consciousness out of the sheer necessity of dormancy.
I have only the mildest taste now of what it’s like to not feel secure and safe in my own home. Around the world, millions of refugees seek safety, leaving possessions behind, accepting an unfriendly “welcome” from the next place as preferable to what they left behind.

The events of that night made for a low-key, kind of sombre Christmas. But it offered an unusual excuse to take stock of things. I remain blessed. This week we’ll take possession of a new vehicle with which Bianca will develop a relationship (the old car was never found). If there are further repercussions from the theft of my personal information, I’ll deal with them.

As the statistics show, there’s nothing special about what we went through. It’s not a perfect world, but good follows bad. At least that’s my hope for the New Year.