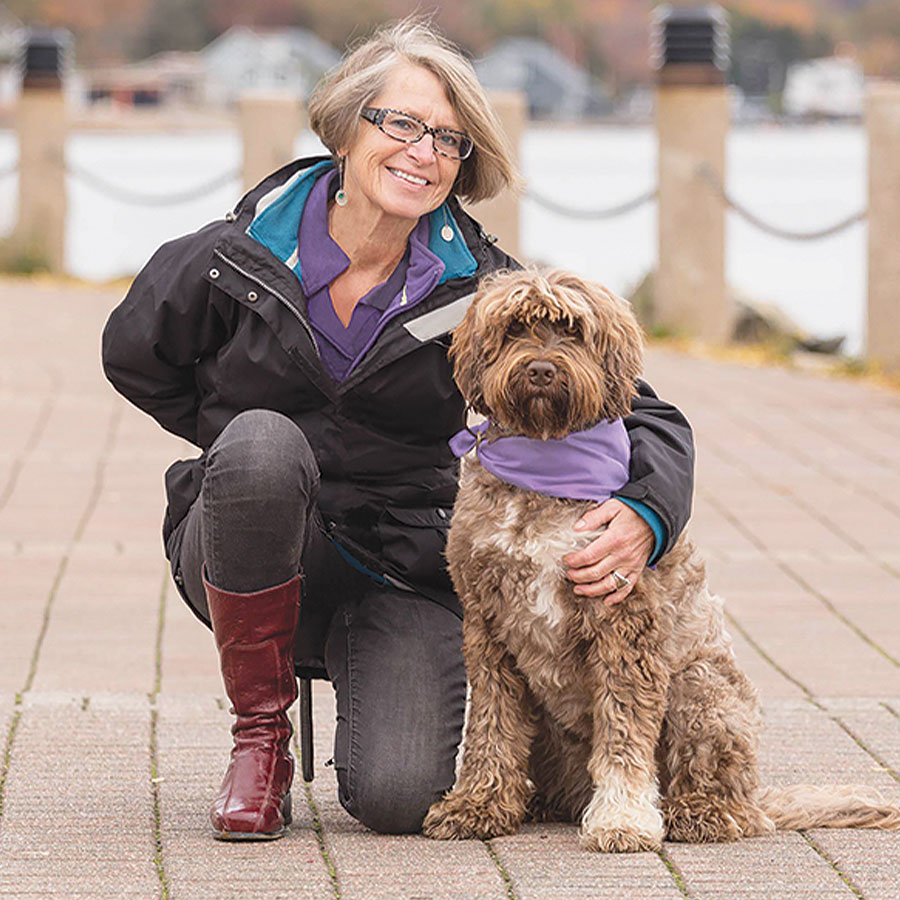 The holidays are a time when many Canadians open up their hearts — and their wallets — and try to help those less fortunate. Giving to a worthy charity has never been more important since the COVID-19 pandemic has hit non-profits – and their clients – hard. Here’s how five Canadian organizations keep on giving.

Food For The Poor Canada

Who: Samantha Mahfood, 54, grew up in Jamaica, where she was surrounded by “need, hunger and poverty.” Frustrated by her inability to help, she left for Canada when she was just 17. Inspired by her uncle, Ferdinand Mahfood, who founded Food For The Poor Inc. in Miami in 1982, she started Food For The Poor Canada in 2008. Thanks to volunteers and donors, it has since built 154 homes, 34 schools and distributed $41 million worth of food, educational and medical supplies to countries in Latin America and the Caribbean, including Jamaica.

The Charity: Food For The Poor Canada is an international relief and sustainable development organization with five program areas: food, housing, education, health and income-generating projects. It also responds to emergencies and natural disasters, like the August earthquake in Haiti that killed more than 2,200 people and devastated several cities.

The Pandemic: Mahfood, the executive director of FFPC, says the organization had to pivot during the pandemic. Working remotely, it focused on food relief — distributing more than 7.8 million meals — to people who were out of work. Because volunteers couldn’t travel to help build houses and schools, they relied on local contractors to do the jobs.

Philosophy on Giving: “If you can share, you should! When my uncle first started Food For The Poor, I thought ‘What can one man do?’ But as FFP grew, and my work began with FFP in Canada, I realized that one man can do very little unless he is able to encourage, persuade and motivate others to work for this very important cause … to change and save lives. Part of this work includes taking Canadian volunteers to build schools, so that they can see the need and the result of their generosity and sharing.”

Why Support Food for the Poor? Mahfood says the charity’s impact is far-reaching, because it has strong partners with roots in the communities it serves; and its relationships with governments, NGOs, churches and other local organizations give it a deeper understanding about what is needed most and where.

Who: Catherine O’Brien, 55, is an actor from Ontario who, after performing at the Charlottetown Festival in the summer of 2000, settled on Prince Edward Island. Four years after, she co-founded a not-for-profit theatre company – describing it as her passion.

The Pandemic: Shut down just four days into the season, on Mar. 14, 2020, the theatre switched to video, sending recordings to residences across the province. But this year, O’Brien, the company’s artistic producer, felt they needed to get back to in-person performance. They found funding for a tent for some shows, and sought out larger venues for others — to accommodate physical distancing – including an arena. Even behind masks, the actors — and audience — adapted. She says the seniors were “so appreciative of having some live entertainment once again.”

Philosophy on Giving: “I feel a responsibility to give back when I can to those who cannot help themselves, or who are marginalized, or just need a lift in life,” says O’Brien. “I want to pay honour to our elders who have given so much through the course of their own lives, and who deserve fulfilling and engaging experiences.”

Why Support Young at Heart? All the money raised allows the company to deliver professional theatre at more than 35 venues across the island each year. “I witness, directly, the impact our shows have on our audience, as they laugh, sing along, tap their toes and smile,” says O’Brien. “And the time we spend after the show with them, listening to their stories, is often just as important as the show itself.”

Who: Tareq Hadhad, 29, is the founder and CEO of Peace by Chocolate, a company he and his family started after the Syrian refugees settled in Antigonish, N.S., in 2015. A passionate entrepreneur, Hadhad relaunched the family business, which once exported chocolate across the Middle East, before it was destroyed in 2012 amid the ongoing Syrian civil war.

The Charity: Three to five per cent of the profits from Peace by Chocolate go to the Peace on Earth Society, a charity Hadhad started, to raise money for global peace-building projects. He feels every business owner should care about the community they live in, so last year’s Peace Bars also supported the Nursing Homes of Nova Scotia Association.

The Pandemic: There’s a lesson we can learn from the pandemic. “We realize that peace is a value that exists, but we do not feel it until we lose it,” Hadhad says. “That is why fighting for that cause, and expanding our partnerships, was our biggest focus.”

Philosophy on Giving: “We have realized that we did not come to Canada to take, we came to give back and contribute as much as possible,” he says. “Giving is the ultimate method of spreading joy and sharing success.”

Why Support Peace on Earth Society? “Because without peace no one can go to work, build businesses, raise kids, go to school … no one can do anything without peace. Our family knows what it was like to lose everything, to live in fear and struggle with the uncertainties of how each day may unfold,” Hadhad says. “We believe peace is a noble thing that everyone should be fighting for.”

Who: Ardra Cole, 67, is a dog lover. She’s also a professor of Graduate Studies in Lifelong Learning at Mount Saint Vincent University in Halifax, who studies the relationship between healthy aging and learning, and the role of dogs in the lives of seniors — including those with Alzheimer’s disease. Her charitable work incorporates that research.

The Charity: Cole founded ElderDog in 2009 after her brother’s sudden death, and her adoption of his chocolate Labrador, Mr. Brown. “[It] raised my awareness of a broader need for attention to the care of older dogs who lose their human companion. … Dogs play an important role in seniors’ health and well-being, and that relationship needed support.” Twelve years later, chapters — adorably called Pawds – extend from Nova Scotia to British Columbia, with volunteers helping seniors care for their four-legged companions, and continuing care in the event they lose their owner — as Cole did for Mr. Brown.

The Pandemic: ElderDog was deemed an essential service during the pandemic. “Loneliness, isolation, poverty and lack of adequate supports define many seniors’ lives, and these were amplified during the pandemic,” Cole says. “For many seniors, the most important thing in their life and their only source of companionship is their dog – their best friend, their soulmate, their reason for living.”

Philosophy on Giving: “I grew up in a family of limited means, but volunteering and charitable acts were central to my upbringing, and formative in my understanding of the value of giving,” she says. “I believe that everyone has the capacity to give back in some way. Whether on a grand or small scale, whether the giving is of time, skills, financial resources or other means.”

Why Support ElderDog: “Almost without exception, people who become involved do so because they know first-hand how important a dog has been, or is, to a parent, grandparent, senior family member, neighbour, or to themselves – and they want to be part of the difference ElderDog makes every single day.”

Who: After more than a decade as social workers, Karen Nielsen and Leigh Reid, both 47, found it increasingly frustrating to fulfill their clients’ needs. So, in 2010, they started Highjinx.

The Charity: The Ottawa vintage shop is chockablock with second-hand goods for purchase — or for free, since it’s not just a store, but also a furniture bank. And a drop-in centre. And a community kitchen and pantry. Described by Nielsen and Reid as a “chaotic clubhouse,” the three-story emporium is where neighbours help neighbours.

The Pandemic: Nielsen and Reid “scrambled” to install a takeout window so they could safely serve food, deliver supplies, and continue their outreach. They also changed the window display regularly so customers could keep on shopping.

Philosophy on Giving: “If you need a toaster, you get a toaster. If you need a couch, we will find you a couch. If you need housing, we can help you find that too,” they explain. “We want our neighbours to understand that we all have hard times, and that we could all use a hand — or an ear.”

Why Support Highjinx? “When you visit our shop, you meet the neighbours you are supporting, and you see the work and magic happening right before your eyes,” the pair say. “We do not seek or take any government funding, we keep it simple, and we help without boundaries, judgment or formalities.”

A version this article appeared in the Oct/Nov 2021 issue with the headline “Charitable Impulse,” p. 78.