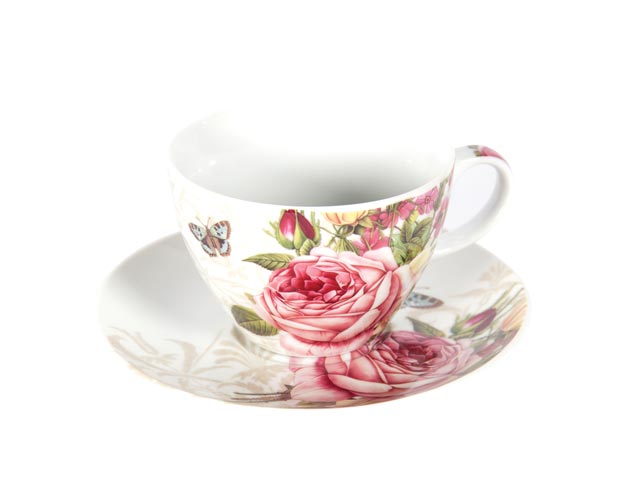 The formal afternoon tea ritual is gaining in popularity as more North Americans discover this luxurious return to a more refined and slower-paced era. While savoring an exquisite cup of whole leaf tea or a succulent pastry served on fine china, one can’t help but be reminded of Henry James when he said, “There are few hours more agreeable than the hour dedicated to the ceremony as afternoon tea.”

A formal afternoon tea, if done properly, is not a quick “cuppa” but an elegant, drawn-out affair. Traditionally, taking afternoon tea meant indulging in three courses served on delicate china. The first course consisted of dainty finger sandwiches followed by freshly baked scones served with jam and clotted cream. For the final course, an assortment of sweets was served, sometimes accompanied by a port or aperitif. And all the while, of course, a pot of your favorite tea is close at hand.

During the reign of King Edward, afternoon tea had evolved into such an elaborate ritual that there were specialized serving dishes, an increasingly sophisticated menu, and luxurious gowns created specifically for the event.

The highs and lows of tea

Whether a tea was considered “high” or “low” depended, literally, on the height of the table. The leisure class typically took tea as an afternoon repast in the drawing room or parlor. It was meant to provide refreshment midway between a light lunch and a late dinner.

By contrast, high tea was usually taken in the dining room (on a higher table) and it was served with more substantial dinner fare such as meats, cheeses or shepherd’s pie. High tea, traditionally, was more typical of the working class.

Today many fine hotels or restaurants offer a formal English afternoon tea. Popular among theatre goers as an early supper or for others as a late lunch or refreshment after a hectic day of work or shopping, afternoon tea also offers an elegant alternative for entertaining.

The history of tea

Tea is thought to have originated around the Burma-India border, and it was brought to China by Buddhist monks as far back as 2700 BC. Among the masses, tea surged in popularity during the Tang Dynasty around 618 – 901 AD. At that time, the Chinese prepared their tea by boiling the leaves with water and other ingredients such as salt and ginger. They then ground the dried leaves to a powder and mixed it with hot water.

It was only in the Ming Dynasty (1368-1644) that it became common practice to infuse the loose tea leaves in hot water in teapots, and then to pour the infused water into bowls to drink. Over the centuries, China developed a sophisticated tea culture.

Tea was brought to Europe by Dutch and Portuguese traders in the early 17th century. Soon after, the East India Company began importing small quantities directly to England.

In the early days, tea was rare and extremely expensive. The Portuguese wife of Charles II, Catherine of Braganza, introduced the elegant rituals of taking tea to the English court in the mid-17th century. Tea-drinking became instantly popular among aristocratic ladies who offered tea to their guests in Chinese porcelain cups.

But it is Anna, the Duchess of Bedford, who is credited with the origin of the mid-afternoon tea repast. In 1840 she began the tradition of inviting friends for a tea party at four o’clock in the afternoon as a remedy for late afternoon fatigue. The country soon followed suit.

The health benefits of tea

The leaves of black, green and oolong tea (from the Camillia sinensis species) is thought to protect against cardiovascular disease, Alzheimer’s and cancer. However a recent German study suggests that adding milk to tea may diminish the health benefits of the drink. Tea contains complex compounds called polyphenols which are believed to help the arteries to relax or dilate, allowing for the smoother flow of blood. However, scientists at the Charite Hospital in Berlin found that study participants who drank tea without milk experienced greater relaxation of the arteries than when they added milk.

The study, published online in the European Heart Journal, suggest that the casein proteins in milk adhere to the polyphenols, preventing them from carrying out their health benefits.