How to Make Cronuts at Home 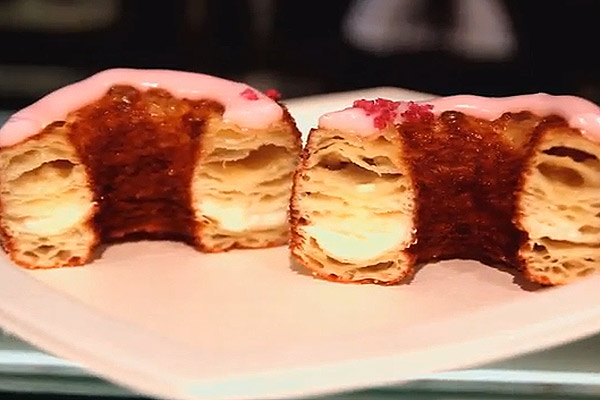 New York City-based chef, Dominique Ansel, is credited with creating the newest culinary mash-up sensation: the cronut. Part croissant, part doughnut, the sweet treat is drawing long line-ups and a growing list of fans. So much so that chef Dominique limits each customer to a six-day ration—otherwise they’d run out too quickly.

Depending on where you stand on the foodie spectrum, this is either the greatest thing since deep-fried butter, or another example of the deterioration of fine cuisine. Croissants are held in high regard as a flaky, posh, French breakfast staple, while doughnuts (at least in North America) are seen as an everyman cheap dessert. They’re the quick snack of choice for your Homer Simpsons, your constables on patrol, and your Paula Deen-style brunch burgers.

If you’re not heading to NYC anytime soon and are now salviating at the thought of consuming a day’s worth of calories in one go, then the ladies at PopSugar Girls’ Guide have you covered. They’ve devised a quick way to make a cronut dupe at home. It may not be authentic, but it is very cronutty!