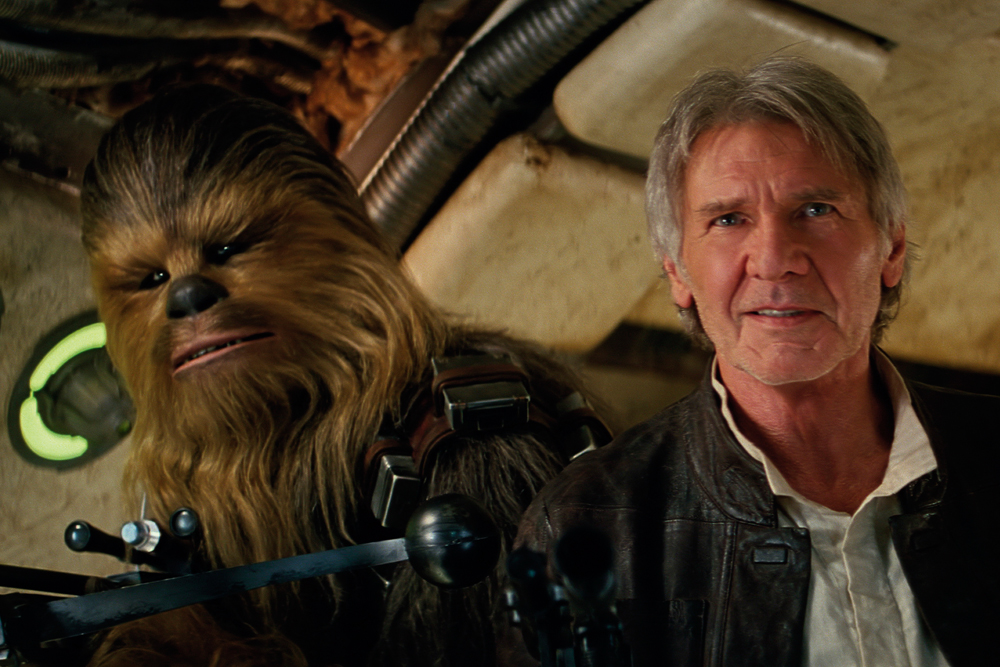 I was 10 when my grandparents took me to see Star Wars in 1977. It was my first non-animated movie. Almost four decades later, the same excitement, fear and joy rush over me whenever I recall that pivotal scene where Han Solo swoops down in the Millennium Falcon and blows the TIE Fighter to smithereens, enabling Luke Skywalker and his X-Wing Fighter to destroy the Death Star.

The first three films, Star Wars, The Empire Strikes Back and Return of the Jedi, also known as episodes 4, 5 and 6, were an integral part of many a childhood (Star Wars purists pretend the three prequels don’t exist). For me, they were inspirational. I was a tomboy, sure, but the universal story of good versus evil, of family and friends, love and loss don’t have gender boundaries.

I became a writer because of those three films. In high school, I wrote Star Wars fan fiction for my creative writing class. I went to film school and graduated with a degree in screenwriting. Today, I write novels and screenplays. While none of my work can be classified as science fiction, those story-telling principles that captivated me and millions of others became part of my creative DNA.

In 1983, U.S. President Ronald Reagan ended his speech announcing the controversial Strategic Defense Initiative—a proposed missile defense system—with the words, “The Force is with us.”

The media jumped onboard and nicknamed the program Star Wars. Twenty-first–century franchises such as Twilight, The Hunger Games and Harry Potter have yet to influence the geopolitical sphere. Star Wars is more than a movie, more than the sum of its merchandise (and that’s saying a lot); it’s modern mythology—Shakespeare for the 20th century and beyond.

I was relieved The Force Awakens was as great as we all needed it to be—J.J. Abrams is not only a slick director, he’s a fan. And the screenwriter behind Episodes 5 and 6, Lawrence Kasdan, penned the script.

Then there’s the return of Han Solo, Princess Leia, Luke Skywalker and other dear friends from that galaxy far, far away. Since 1977, the original cast has endured its share of real-life struggles—Mark Hamill’s car crash, the late Carrie Fisher’s drug and alcohol abuse and Harrison Ford escaping death when his plane crashed last spring—which has made seeing them together onscreen again even more poignant. Indeed, the sight of Ford in the Millennium Falcon in the first trailer for the new film literally brought tears to my eyes.

May the Force be with you.