A Celebration of Life: How My Friend Lived With Cancer 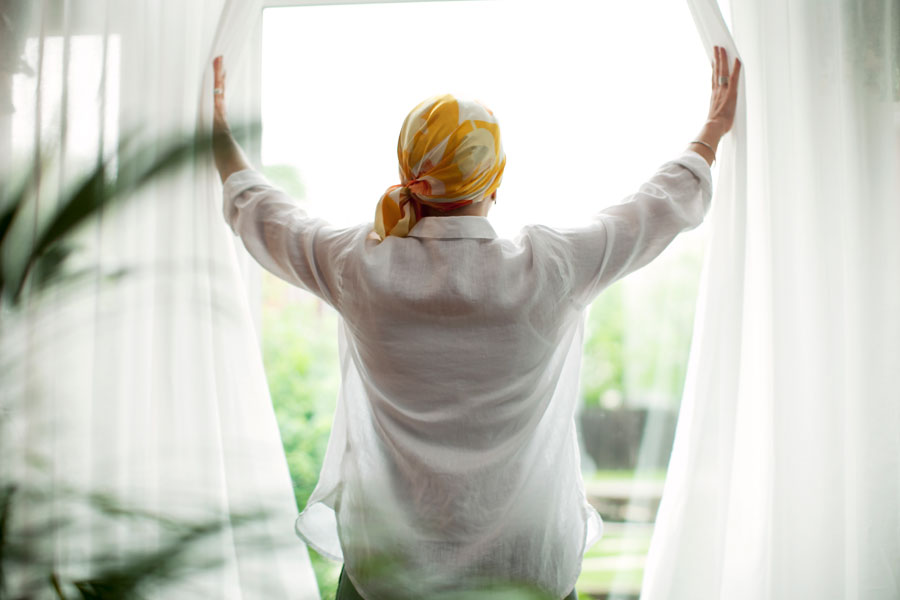 It’s been more than a month since my friend Andrea died. It’s hard to believe she’s gone. Her name still comes up in my list of text messages, and her email address displays as soon as I type the letters a and n. I’ve done a few double takes in the club locker room where I saw her most often — it happens when I catch a glimpse from the back of some other woman with shoulder-length blond hair dressed in whites. There was no obituary at Andrea’s request, and the Celebration of Life won’t be held for another few months. That’s part of the reason it is so surreal for me and her other friends, though we realize the only people who are important to consider are her family.

If there had been a death notice, it would likely have said that she died after bravely fighting a long battle with cancer. But it wasn’t her fighting spirit that impressed me — though she was plenty feisty. It was the way she lived with cancer. We had that in common though in many ways we were unlikely friends. When we weren’t directly dealing with the disease, we ignored it!

We were diagnosed with breast cancer around the same time, nearly 13 years ago. We had very different approaches to our treatment, as with just about everything else. She was intuitive and creative; I am practical and fact-oriented. I make my living by using words precisely. Andrea was famous for her stream-of-consciousness drift from one subject to another. If you added up all the time we spent discussing cancer, it would be a lot less than what we spent complaining about our tennis games. And there wasn’t a lot of complaining in the cancer talks we did have. I don’t recall her ever having a “why me” or a “poor me” moment.

Andrea was entrepreneurial. She started several successful businesses after being diagnosed, most notably designing and manufacturing women’s tennis gear that many of us preferred over the large commercial brands that often make clothes too short, too tight and too sheer. I am trying to figure out how to prevent my favourite A-Game pieces from wearing out. She had an eye for art and interior design and could be misleading about whether she cooked a meal we were invited to. I don’t trust my taste in art and can hang onto pictures for years before actually putting them up on the wall. But I wouldn’t dream of calling a caterer for less than 50 people.

Andrea was divorced amicably, but there were always men in the picture. I constantly marvelled at this because most of my other single friends — interesting, accomplished and attractive — can go for years without a date. And she was fearless about ending relationships that did not work. Just before her final illness, she decided to split up with her partner of four years. They had just signed a lease on a new apartment together, bought and sold furniture, made plans. The practicalities would have stopped me in my tracks. But when I returned from a trip last summer, she was ensconced in another lovely, perfectly decorated but smaller apartment on her own. The breakup was such that her ex returned to her side when she got sick and became one of her caregivers, staying with her through the nights at the end.

She was funny until the end. I visited a few days before her death and was taken with how distraught her kids were. I decided to come back the next day — with chicken soup. “Ma, it’s Libby,” they told her when she woke briefly. Her response: “Libby? Again?”

Andrea’s cancer first came back five years ago. At that point I feared her days were numbered. But like many other women with metastatic breast cancer, she survived and thrived. She lived exactly as she would have if there had been no cancer. Along with other friends, I stopped worrying about her. I could say we were lulled into thinking it would go on indefinitely. But it was more like we just stopped thinking about it. So the end of her remission was a shock — though it should not have been a surprise — to her and to the rest of us. It still feels surprising. Maybe that’s why she didn’t want an obit.