School Janitor, 58, Doesn’t Plan to Quit His Job After Winning $7 Million in BC Lottery 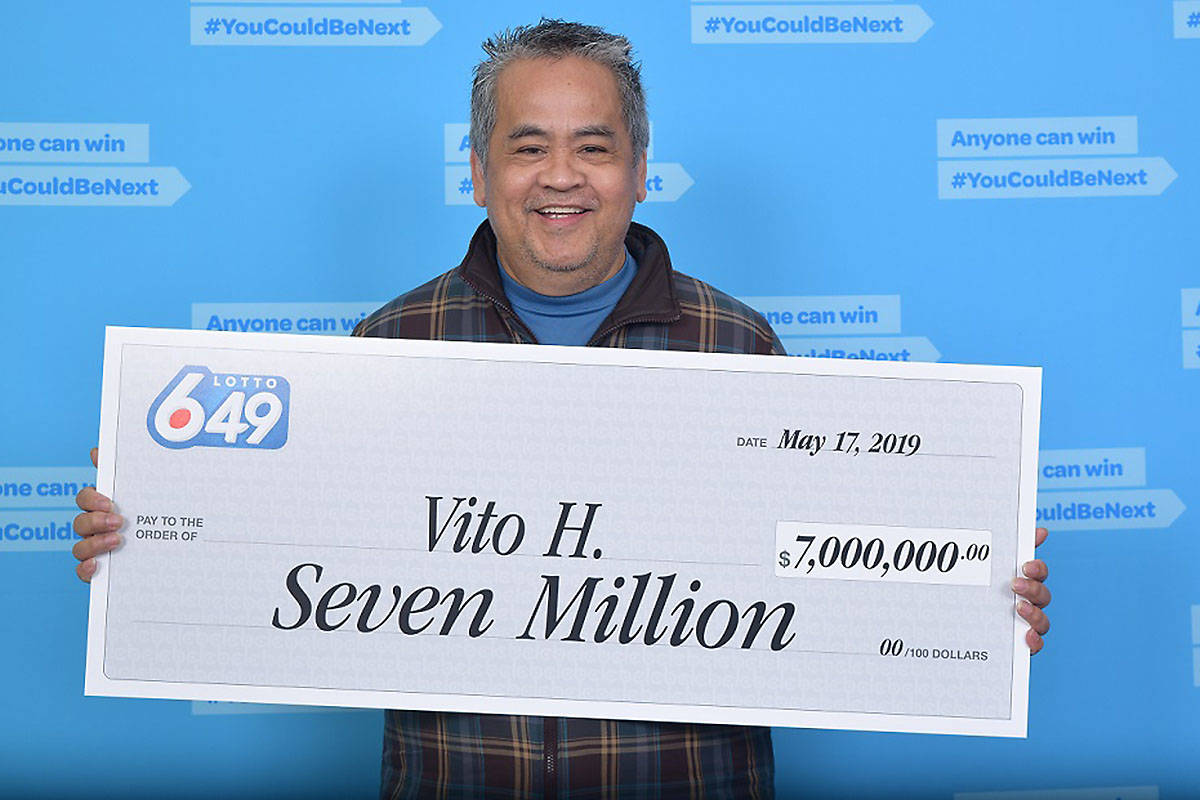 Vito Halasan, a Canadian school janitor who recently won $7 million dollars in the British Columbia Lottery says he doesn’t plan on quitting his job. Instead, the 58-year-old newly minted millionaire from Surrey BC says he’ll scale back his hours.

A father to three and grandfather to four, Halasan explained that the winnings will go a long way in giving his family the life he had dreamed of since moving to Canada from the Philippines in 2009.

“I buy lottery tickets so I can dream,” Halasan told the British Columbia Lottery Corporation (BCBL). “I dream of being able to take care of my kids and make their future better. Now we’ll be able to buy a nice house for my children and grandchildren.”

Days after celebrating his birthday, Halasan discovered that all six numbers on his Lotto 6/49 ticket were a match for the jackpot from April 27, 2019 draw.

“I remember scanning my ticket and seeing all these numbers,” Halasan told the BCLC. “I have really blurry vision, so I had to hold the ticket right up to my face. I couldn’t believe it.”

“He sat me down at the table,” his daughter told BCLC. “And then he whispered really quietly to me that he won $7 million dollars.

“I didn’t believe him,” she added. “We had to check online several times.”