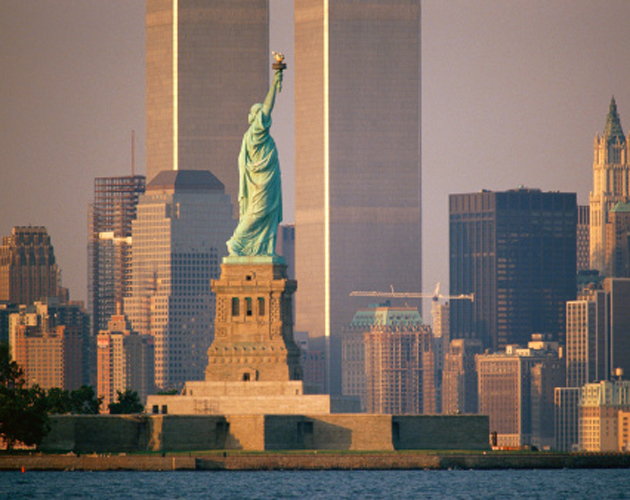 As far as gifts go, the Statue of Liberty’s staying power sure outweighs the shrink-wrapped fruitcake your Aunt Ruth gives you every year. Presented to the United States by France in 1886 to mark the centenary of America’s independence, Lady Liberty has watched over New York Harbour ever since. The statue recently celebrated its 126th year and easily tops the list of best historical gifts.

Still, what of the worst gifts – the tight-fitting, hand-knitted holiday sweaters of history, so to speak? From severed ears to a giant wheel of cheese sent to protest slavery, we’ve compiled a list of some of history’s worst gift-giving.

Okay, so this gift falls into the “mythology” category, but the tale’s too famous to be ignored.

Prometheus, a Greek god, molded humans from clay. Evidently, he pitied our little teeth chattering from the cold and, as a result, took some fire from his boss Zeus’ stash and handed it down to us shivering humans. The gift itself worked out great for us, but not so much for Prometheus. Zeus, it turns out, was not fond of sharing or of humane criminal justice practices.

Prometheus was punished for his gift by being fastened to a rock, and his liver served up to an eagle. The good news: his liver re-appeared. The bad news: so did the eagle. Every day. Forever.

A Horse Is Not Always a Horse, of Course

Ever heard the term, “Beware a Greek bearing gifts”? You can thank the Trojan Horse for that one. The Greeks, who were warring with the Trojans for years, claimed they built the massive horse as a way of saying sorry for destroying a temple dedicated to the goddess Athena. With the Greeks in retreat, the Trojans took the horse inside their walls. Of course, the horse contained Greek warriors who snuck out at night and opened the gates for their fellow soldiers who, as it turns out, weren’t retreating after all. The Greeks subsequently conquered Troy.

Imagine the Trojan soldier who let the horse in explaining the decision to his superiors. “Well, no, we didn’t inspect the ENTIRE horse, but it looked empty …”

When a Picket Line Just Won’t Do

Forget occupying Wall Street. Activist (and prominent Baptist) John Leland gifted U.S. President Thomas Jefferson with a 1,200 pound wheel of cheese. That’s right. According to The Democratization of American Christianity by Nathan O. Hatch, “crowds flocked to see this phenomenal creation, molded in a cider press and supposedly from the milk of nine hundred cows and bearing the motto, ‘Rebellion to tyrants is obedience to God.’”

The cheese was, in part, a means of protest against slavery in the United States. We’re not so sure of its effectiveness in moving the nation toward freeing the slaves, but we do know that Jefferson was still eating the cheese two years later.

That Is Going to be a Tough One to Re-gift

Legendary artist Vincent Van Gogh was mentally ill when he cut off his ear (or part of his ear, depending on which account you trust) at his local brothel. A modern examination of the incident suggests that it may have indeed been Van Gogh’s friend, Gauguin, who cut off his ear with a sword in the heat of an argument. Either way, it ends with Rachel the prostitute receiving a severed ear wrapped in newspaper.

And you thought trying to fake a smile when opening a pack of tube socks on your birthday was tough.

I Can’t Quite Put My Finger on It, but Something’s Fishy Here …

From the “If you believe that, I’ve got a bridge to sell you” department:

In the early half of the 16th century, Pope Clement VII gave King Francis I of France a unicorn horn as a gift. Hmmm … It’s believed that the horn actually came from an rhino. You don’t say.

Fast forward a few centuries to Roman Abramovich, the billionaire Russian businessman, who reportedly purchased his girlfriend 100 acres of land … on the moon. According to this article, he’ll be neighbours with actors Tom Cruise and John Travolta and former U.S. president Jimmy Carter. You know, in a few centuries when science has advanced enough to allow us to colonize the moon.

Presents Fit for a Queen

The official website of the British Monarchy notes the many, um, unique gifts Queen Elizabeth II has received from state visits during her 60 year reign. These include “lacrosse sticks, sunglasses, a pair of sandals, pineapples, eggs, a box of snail shells, a grove of maple trees, a dozen tins of tuna and 7kg of prawns.”

Her Majesty has also received a menagerie of animals as gifts, from horses to birds to wild cats, to sloths and turtles, among others. Canada, for its part, contributed – yes, you guessed it – a pair of black beavers.