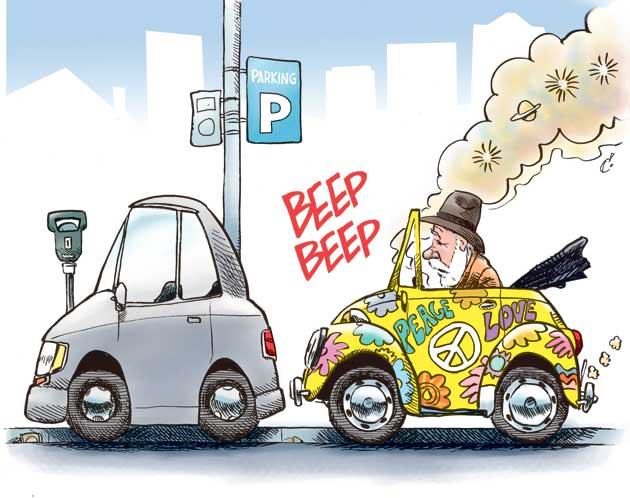 Rummaging about on an upper bookshelf, I feel something plasticky slither through my fingers. I pull out a yellowing baggie full of  brownish dust. What’s this – a bag of peanuts from the late 20th century? Mummified dog treats? A memorial sachet of moose dung from that convention in Kenora?

“Stash.” Sheesh. Does anyone even call it that anymore? Once upon a time, this powder was leafy, green and pungent marijuana – a.k.a. bud, ganja, grass, weed, MJ,  pot or whacky tabaccy. It had been decomposing behind my collection of John D. Macdonald thrillers for maybe 20 years. Possibly since U.S presidential candidate Bill Clinton told reporters yes, he did smoke marijuana once – but he didn’t inhale.

Right, Bill. Well, I did – as did a few million others who came of age back in the hind end of the last century.

Did it do me any good? Well, it made me aware of the brain-dead heartlessness of a legal and law enforcement system willing to criminalize young people, even send them to jail, for possessing a few leaves of a barnyard weed.

It also demonstrated the futility of fighting an idea whose time has come. In 1971, when U.S. President Nixon officially declared the War on Drugs, I knew two people in the world who smoked grass – Leo, my Montreal landlord, and his girlfriend. Forty-two years, tens of thousands of prosecutions and several trillion dollars later, every teenybopper up to and including Justin Bieber is, shall we say, “familiar” with marijuana, and anybody in any town in North America can score grass quicker than they could buy a tank of gas.

This war is over. The Blue Meanies lost. Even that bastion of conservatism, The Wall Street Journal recently called for marijuana decriminalization.

I’d like to see that although, personally, I couldn’t care less. Pot and I parted company decades ago. I got tired of spacing out as a form of recreation. Most of all, I got tired of wasting time.

I remember driving home from a party one night, creeping along in first gear at 20 miles an hour, marvelling at how pot made everything expand, mannnnnnnn.

I was driving behind another car waiting for the light to change, and the time just … mushroomed out. I felt like I’d been sitting there hours waiting for that car ahead of me to move.

Probably was. It eventually dawned on me that there was no stoplight – I was idling behind a parked car.

That was my pot epiphany: the moment when I cosmically “got it.”

I transcendentally understood just why they called it “dope.”