Poppy Protest, Colour Divide: Will You Wear Red or White? 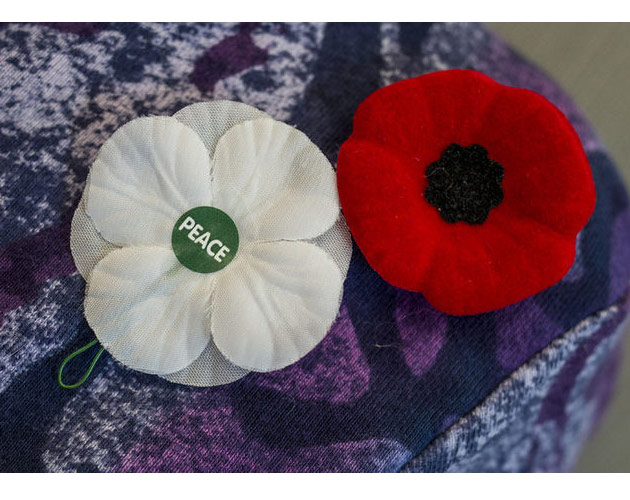 There’s a poppy protest brewing and it’s proving to be a dividing line when it comes to the yearly tribute held for Remembrance Day in Canada. A group of students at the University of Ottawa launched a campaign encouraging people to stop wearing the traditional red poppies (which they feel glorifies war), and instead, switch to a white variation–a colour traditionally associated with peace.

Julian Fantino, the Minister of Veteran Affairs isn’t impressed with the campaign.

“It really does show a total lack of respect for what, in fact, Remembrance Day stands for,” he told the Toronto Sun in a recent interview. “And to try and intervene in this fashion, I think, is totally disrespectful, and I would suspect that most reasonable Canadians would see it that way.”

However, the students, as well as members of the public see it differently.

“Young people don’t want to celebrate war,” Celyn Dufay of the University of Ottawa said in an interview with the Sun News. “We want to work for peace.”

“Opting for white is against the glorification of war,” said  Peter Harsnape who is among those who will wear a white poppy this month. “I think the purpose of Remembrance Day is to remember war is a terrible thing and we should make sure it doesn’t happen again,” he told the CBC.

White poppies aren’t new–the idea is said to have originated years ago in the UK, and today organizations make and hand them out for a number of reasons, but all of them in support of peace.

As a compromise, some people are wearing both red and white poppies this month as a way to show respect and support.