Ode to the Poppy 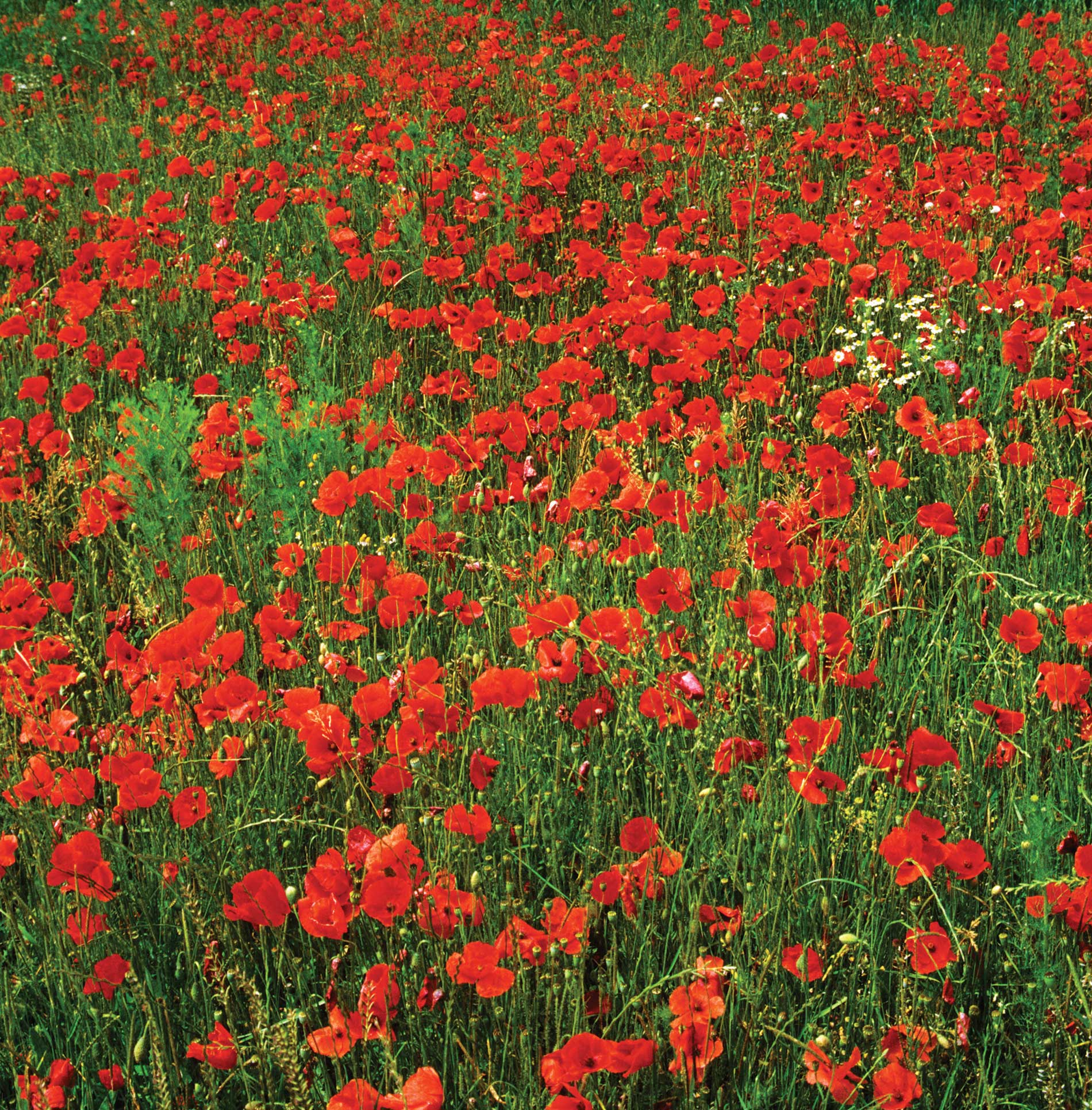 The poppy has been an international symbol of remembrance since the 19th century Napoleonic Wars, over 110 years before it was adopted by Canada

In November, Canadians wear scarlet poppies to pay tribute to those who have died in war and military operations. At the 11th hour of the 11th day of the 11th month — the time the Armistice of World War I was signed in 1918 — people across the country are asked to observe two minutes of silence to remember those servicemen and women who have sacrificed their lives.

The poppy has been an international symbol of remembrance since the 19th century Napoleonic Wars, over 110 years before it was adopted by Canada. A record from the time reflects on how the destruction wrought by war transformed bare land into fields of blood-red flowers which grew around the bodies of fallen soldiers.

Scarlet poppies (popaver rhoeas), long known as the corn poppy because it flourished as a weed in grain fields, grew abundantly in the trenches of the war zone. Artillery shells and shrapnel stirred up the earth and exposed the seeds to the light they needed to germinate. While the seeds of the flower can remain dormant for years, they are known to blossom spectacularly once the soil is churned.

The poppy became a lasting memorial o the fallen in Canada and the Commonwealth due largely to Lieutenant-Colonel John McCrae, a Canadian Medical Officer during the First World War. During the Battle of Ypres in 1915, Lt.-Col. McCrae wrote the poem In Flanders Fields when he saw poppies growing beside a grave of a close friend who had died in battle.

While the poppy has become a modern symbol of sacrifice, its legend reaches back thousands of years. The flower has been found in Egyptian tombs dating back 3,000 years. Homer mentions poppies in the Iliad when he compares the head of a dying warrior to that of a hanging poppy flower.

And in ancient Greece, poppies were considered sacred to Hypnos, the god of sleep. Ancient imagery depicts Hypnos with poppies in his hands and crowning his head. The doorway to his temple was also decorated with poppy blossoms. Hypnos was thought to bring prophetic dreams and relief to those suffering from grief or emotional pain.

Ancient Greeks thought that poppies were a sign of fertility. Poppy seeds were thought to induce vitality and strength so Greek athletes were given mixtures of poppy seeds, honey, and wine.

The Romans knew the god Hypnos as Somnus, which is echoed in the flower’s Latin name Papaver somniferum — somnus ferre — bringer of sleep. The poppy was also associated with Thanatos, or Hades the Lord of Dead, and of eternal sleep.

Poppies can also be linked to the Mogul leader, Genghis Khan. In the 12th and 13th centuries, the Mogul Emperor led his warriors on campaigns south to India, and west to Russia as far as the Black Sea. According to legend, pure white poppies erupted on churned up battlefields drenched with blood.

(And while Oriental poppies contain opium, the corn poppy, does not. And remember when Dorothy fell asleep in a field of flowers in the Wizard of Oz? The flowers were poppies.)

The first artificial poppies as memorial symbols were distributed in Canada in 1921. Today the volunteer donations from the distribution of millions of poppies are an important source of revenue for the Royal Canadian Legion that goes toward various programs helping ex-servicemen and women.

In Flanders Fields
In Flanders fields the poppies blow
Between the crosses, row on row,
That mark our place; and in the sky
The larks, still bravely singing, fly
Scarce heard amid the guns below.

We are the Dead. Short days ago
We lived, felt dawn, saw sunset glow,
Loved, and were loved, and now we lie
In Flanders Fields.

Take up our quarrel with the foe:
To you from failing hands we throw
The torch; be yours to hold it high.
If ye break faith with us who die
We shall not sleep, though poppies grow
In Flanders fields.
– John McCrae, 1915

For more information on the traditions of Remembrance Day in Canada, click here

READ MORE
-Juno: a beach to remember
-Giving birth as bombs fall
From poppies to peace