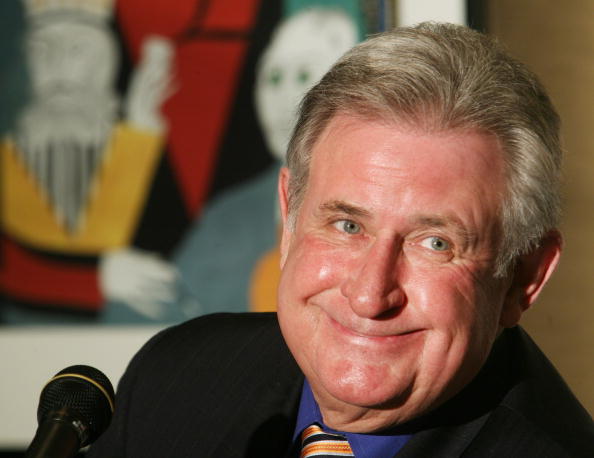 Former Alberta premiere Ralph Klein, known by many simply as “King Ralph,” passed away earlier today surrounded by family in Calgary. He was 70. Klein had been suffering from dementia and emphysema and had been recently living in a long-term care facility.

Born in Calgary on November 1, 1942, Klein worked as a political affairs journalist until 1980, when he opted to challenge Calgary mayor Ross Alger for the city’s top post. Klein won the election, leading the city toward an economic upswing and playing host to the 1988 Winter Olympics.

He left municipal politics for the provincial field in 1989, landing a spot as environment minister in the cabinet of Progressive Conservative Alberta premier Don Getty. Getty resigned in 1992, with Klein succeeding him as premier and party leader.

As premier, Klein enjoyed four majority governments in large part by targeting the province’s loose spending by cutting funding in areas such as health care, the arts, and even utilities. He also raised the ire of activists with his controversial environmental policies. Despite the social, environmental, and cultural prices critics claimed Alberta paid, Klein eliminated the province’s debt by 2005.

In September 2006, under the pressure of waning support from his own party, Klein stepped down as premier. In the following years he entered the private sector, made media appearances to discuss politics, and even hosted a short-lived televised game show.

In 2011, shortly after the revelation that he was battling emphysema, news broke that Klein had developed a form of dementia known as Pick’s Disease that robbed him of the ability to speak.

“The nature of his illness made it very difficult to express his thoughts these past years which I know was a real challenge for him,” Klein’s wife, Colleen, said in a statement today, “but Ralph very much knew and appreciated the well wishes and warm messages he received. I want to thank everyone for their support and especially of the caregivers who helped us throughout. It has all made a tremendous difference.”

In 2012, Klein received the Order of Canada. Along with his wife, Colleen, Klein is survived by three children, and two step-children.

Naheed Nenshi, Mayor of Calgary: “Ralph Klein taught us, as Calgarians, that we don’t need to put on airs. We don’t need to pretend we’re something we are not in order to be a truly great city in this world … The many highlights of his career and political legacy will undoubtedly be shared over the coming days, and many Albertans will mourn him as a beloved former premier. But Calgary was always the city he called home.”

Alison Redford, Premier of Alberta: “Ralph Klein’s ability to connect with Albertans from all walks of life was absolutely remarkable. He could walk from the Petroleum Club in downtown Calgary to the curling rink in St. Paul and carry on a conversation with absolutely everyone he met. Ralph was a real man of the people.”

Don Getty, former Premier of Alberta: “I found him to be a very warm, very humorous person. Much smarter than a lot of people might have given him credit for being.”

Stephen Harper, Prime Minister of Canada: “Alberta and Canada have lost a unique and significant leader. While Ralph’s beliefs about the role of government and fiscal responsibility were once considered radical, it is perhaps his greatest legacy that these ideas are now widely embraced across the political spectrum.”