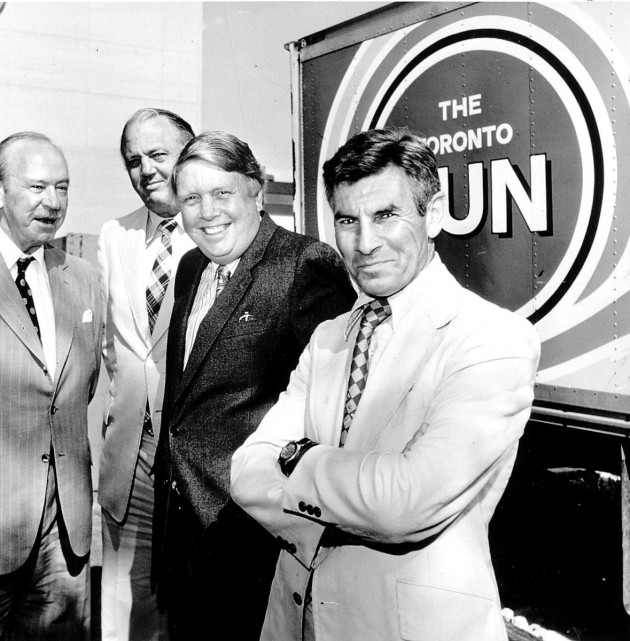 Toronto Sun co-founder and acclaimed journalist Peter Worthington died Sunday night at the age of 86. One of Canada’s most decorated journalists, Worthington served as a platoon commander in the Korean War, witnessed the assassination of Lee Harvey Oswald and reported on it from a Dallas police station and was the editor-in-chief at the Toronto Telegram for 12 years and founding editor of the Toronto Sun in 1971.
Worthington kept busy writing columns until just last week when he was admitted to the hospital with a staphylococcus infection.
His son-in-law David Frum wrote of Worthington in his column: “He seemed beyond ordinary human weakness: He suffered a heart attack 30 years ago and was saved by a bypass operation. He filed a series of columns for the Sun detailing his operation and, within a very few weeks afterward, celebrated his recovery by climbing China’s Mount Gonga.” He also said he wrote his own obituary, which will appear in the Sun on Tuesday.
Sources say he was surrounded by family when he died.