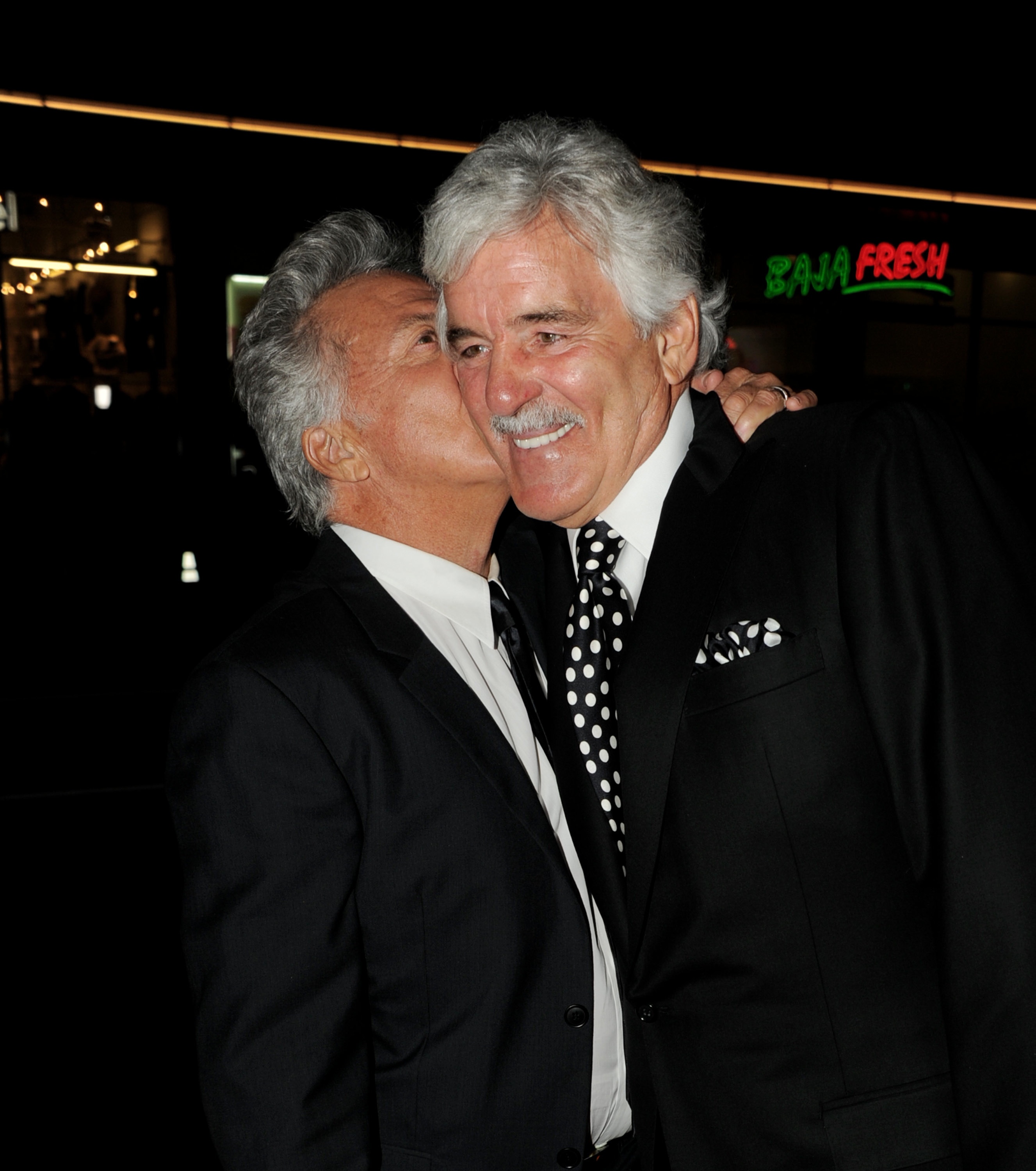 Dustin Hoffman and Dennis Farina (right) at the premiere of "Luck," January 2012.

Dennis Farina – a former Chicago police officer who parlayed his knowledge of busting bad guys into a successful Hollywood career playing them – has died.  According to his publicist, he passed away in Scottsdale, Ariz., earlier today from a blood clot in his lung. He was 69.

If Farina’s name didn’t ring a bell, you’d surely recognize his face from films like Midnight Run (as Jimmy Serrano), Get Shorty (as Ray “Bones” Barboni) and Saving Private Ryan (as Lieutenant Colonel Anderson) among others. He also starred as Detective Joe Fontana for two years on Law & Order, following Jerry Orbach’s departure from the show. His most recent high profile roles included acting opposite Dustin Hoffman (pictured with Farina above) in the HBO horse racing series Luck and on the FOX comedy New Girl.

Farina’s distinct look and ability to play the sleazy, underworld type – which he did quite often, most hilariously in Get Shorty – may have resulted from his nearly two decades of working as Chicago police officer. It was the opportunity to consult on the 1981 film Thief, directed by Michael Mann that led him to leave the police beat behind and give show business a try. He eventually built a resumé that boasted co-starring roles alongside some of Hollywood’s elite, including Hoffman, Robert De Niro, Tom Hanks, Uma Thurman and Tom Hanks – not too shabby for one of Chicago’s finest.

Farina and his wife, Patricia, divorced in 1980. He leaves behind their three sons, six grandchildren as well as “the love of his life of 35 years, Marianne Cahill.”