Nelson Mandela Passes Away at Age 95 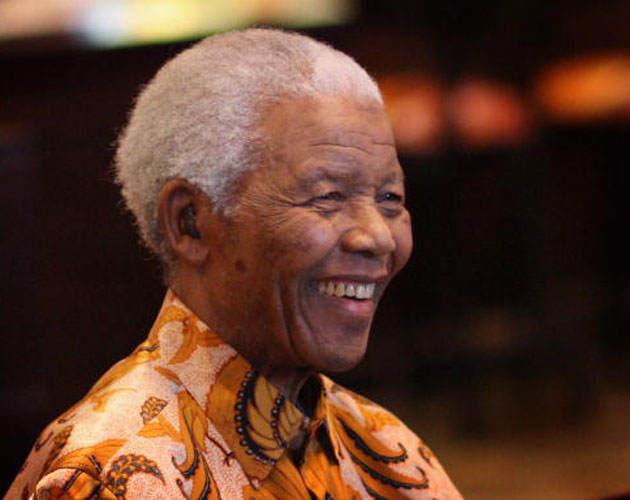 After months of being in critical condition, former South African president Nelson Mandela has died at the age of 95.

He was admitted to Pretoria hospital in early June with the recurrence of a lung infection and, after what seemed to be a recovery, took a turn for the worse. He was released in Septemeber but was still very ill and unable to speak.

This summer, South African Archbishop Thako Makgoba visited Mandela with prayers of a peaceful end and took to Facebook, saying, “Uphold all of us with your steadfast love so that we may be filled with gratitude for all the good that he has done for us and for our nation, and may honour his legacy through our lives.”

U.S. President Barack Obama visited South Africa for the first time this year since taking office and met two of Mandela’s daughters, eight grandchildren as well as South African president Jacob Zuma. Obama said of Mandela: “The outpouring of love that we’ve seen in recent days shows that the triumph of Nelson Mandela and this nation speaks to something very deep in the human spirit, the yearning for justice and dignity that transcends boundaries of race and class and faith and country.

Since contracting tuberculosis during his 27-year imprisonment under apartheid, Mandela had a number of respiratory problems. The anti-apartheid hero had been hospitalized three times since December. His last visit was on April 6 after he was diagnosed with pneumonia and had fluid drained from his lungs.

Mandela’s wife, Graca Machel, took his initial hospitalization in early June seriously and cancelled an appearance at an international forum on hunger and nutrition to stay by his side. The world held its breath over the weekend as President Jacob Zuma reported that Mandela was in “serious but stable condition.” Though his condition seemed to improve for a couple of weeks, it became critical again and Machel, again, quickly took to his bedside.

Also known by his clan name, Madiba, Mandela was freed in 1990 and, in the country’s first all-race elections, won the presidency in 1994. In 1999, Mandela stepped down as president after one term in office. Away from politics, he spent his time in Johannesburg and his impoverished native village of Qunu in the Eastern Cape. He had not made a public appearance since the soccer World Cup finals in Johannesburg in 2010.

Though Mandela did not practise politics for many years, he remained and will always remain an icon to many. With challenges like poverty, corruption, crime and unemployment, South Africa continues to face adversity and looks to him as a symbol of hope. To South Africans, specifically, there will be nobody like Mandela. Head of the South African Heritage Resources Agency Somadoda Fikeni told the BBC before his death, “People see him as the antidote to the current social ills we are faced with. That is why people are still holding on to him.” And when asked if potential anarchy would follow the Nobel Peace Prize winner’s death, political analyst Ralph Mathekga said, “The best way to honour him will be to carry on his values of tolerance and conversation.”