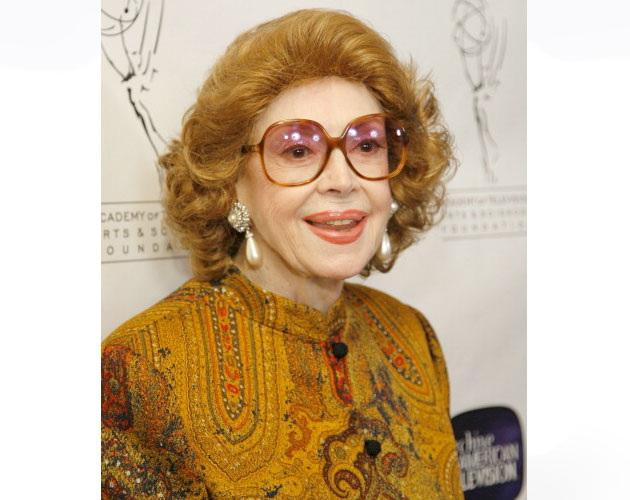 Jayne Meadows Allen, award-winning actress and wife of late comedian Steve Allen, has passed away at the age of 95.

According to reports, the legendary performer best known for her role on CBS’ “High Society” and appearance on the network’s hit program, “I’ve Got a Secret” died peacefully in her sleep at her home in Encino, California.

During her time on “I’ve Got a Secret” Allen was the highest rated actress on CBS, second only Lucille Ball.

During the course of her 60-year career Allen managed to earn two prestigious recognitions; the International Platform Association Award for her one-woman show, “Powerful Women in History” and the Susan B. Anthony Award for her positive portrayals of women in her acting.

Her son, Bill Allen, told Entertainment Tonight that when his mother met his father she told her sister (actress Audrey Meadows who portrayed Jackie Gleason’s wie on “The Honeymooners’), “If that man isn’t married he soon will be … and to me.”