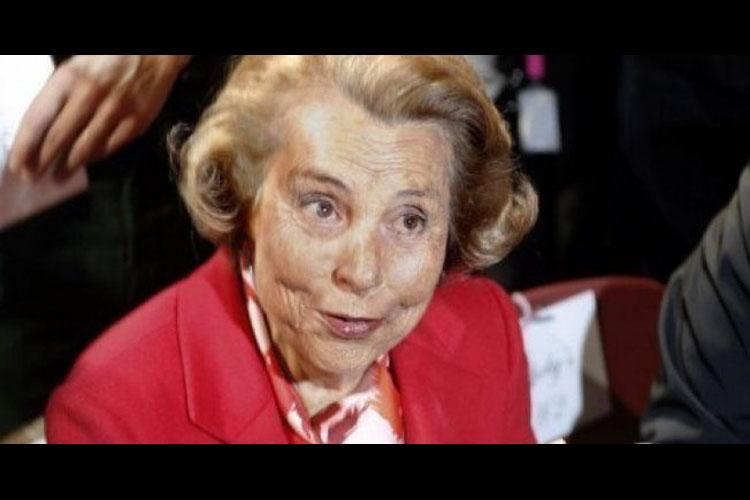 Liliane Bettencourt, Parisian, L’Oreal heiress and object of a national scandal, passed away in France. She was the daughter of chemist Eugène Schueller, who invented modern hair dye, hair spray and founded L’Oreal Paris.

Bettencourt suffered from dementia and became embroiled in a political scandal that in part took down then French president Sarkozy. Accusations and a court battle accused Sarkozy and several political aides of taking advantage of her mental state, according to press reports Bettencourt helped fund his campaign.

The disgraced political leader (the charges were later dropped) wasn’t the only man to be accused of such an offence. French photographer François-Marie Banier, a much younger man, was convicted of  exploiting the frail older woman, but his case was appealed and he didn’t serve jail time.

This is not the first time that an aging and mentally frail billionaire heiress has been taken advantage of. American socialite Brooke Astor – who died in 2007 at 105 – was the target of her son’s greed (and that of his lawyer) who forced her to change her will, among other things. Anthony Marshall, Astor’s only son, was convicted and sent to prison but was released on medical grounds. He passed away in 2014 at 90.

The beauty giant has made headlines in the past few years by embracing mature spokesmodels such as Jane Fonda, Julianne Moore and most recently Dame Helen Mirren. The brand includes Revitalift and Age Perfect, two lines of skincare targeted at older demographic as well as Excellence Age Perfect hair colour.