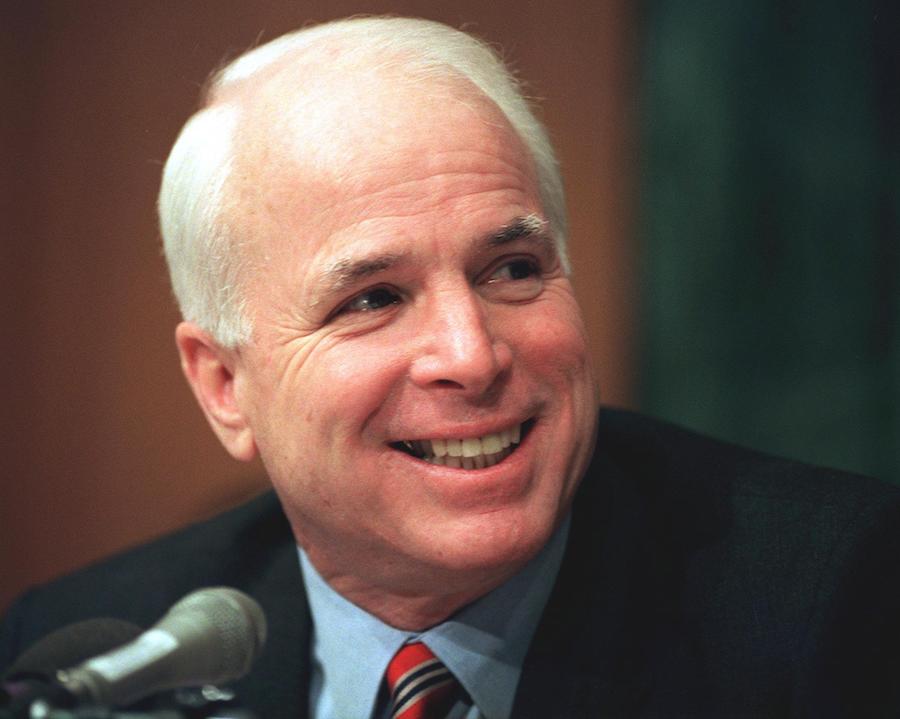 You don’t have to be an American to appreciate the courage, dignity and decency of U.S. Senator John McCain of Arizona, who passed away on Aug. 25 with his family at his side, on his beloved ranch in Sedona.

Tributes have poured in from former presidents including Barack Obama, George W. Bush and Bill Clinton.

Obama wrote in a statement on Twitter, “John McCain and I were members of different generations, came from completely different backgrounds, and competed at the highest level of politics. But we shared, for all our differences, a fidelity to something higher — the ideals for which generations of Americans and immigrants alike have fought, marched and sacrificed.”

Prime Minister Justin Trudeau joined other global leaders in praising the Senator, who spent much of the past 18 months of his life trying to reassure the NATO Alliance that the United States did and should continue its support. This coming after current President Donald Trump has demonstrated a lack of support for traditional American allies, instead, focusing his favours on North Korea and Russia.

Senator John McCain was an American patriot and hero whose sacrifices for his country, and lifetime of public service, were an inspiration to millions. Canadians join Americans tonight in celebrating his life and mourning his passing.

In July 2017, Senator McCain famously cast his vote against the repeal of “Obamacare,” the Affordable Care Act that President Trump promised in his campaign he would repeal and replace in his first year in office. But seeing the disaster such a move would bring to millions of American who lack an alternative health care plan, he and two other Republican senators voted against the President. The repeal failed with a vote of 40-51. This, as McCain was already battling the brain cancer he was diagnosed with earlier that month.

Born in Panama in 1936, McCain came from a storied military legacy. His father and grandfather were four-star Admirals, and the young McCain joined the navy and became a naval aviator. When his plane was shot done during the Vietnam War he suffered broken bones and was captured by the North Vietnamese, where he was tortured over five years as a POW. He was offered an early release but refused unless all of his fellow prisoners were also given freedom.

President Trump mocked McCain’s days as a POW, saying at a rally that he prefers people who, “were not captured.” Such criticism riled McCain, not for himself, but on behalf of the thousands of veterans who had also been held as prisoners of war. McCain, who was a Cold War veteran, also viewed Trump’s Helsinki meeting with Russian leader Vladimir Putin as betraying American ideals. The two men — the Senator war hero from the west and the brash New York reality TV star — were polar opposites in matters of policy and personality.

It is no surprise then that at the upcoming funeral for the maverick Senator, where Obama and Bush will both give eulogies, that President Trump will not be in attendance. It was McCain’s wish — he planned his own funeral — to not invite the Trumps.

Indeed, decency, honour and courage have lost an ally in American politics. As former President George W. Bush wrote in a statement,  “Some lives are so vivid, it is difficult to imagine them ended. It is hard to think of them stilled.”

When asked by a New York Times reporter what McCain wanted on his tombstone, he replied, “He served his country.”