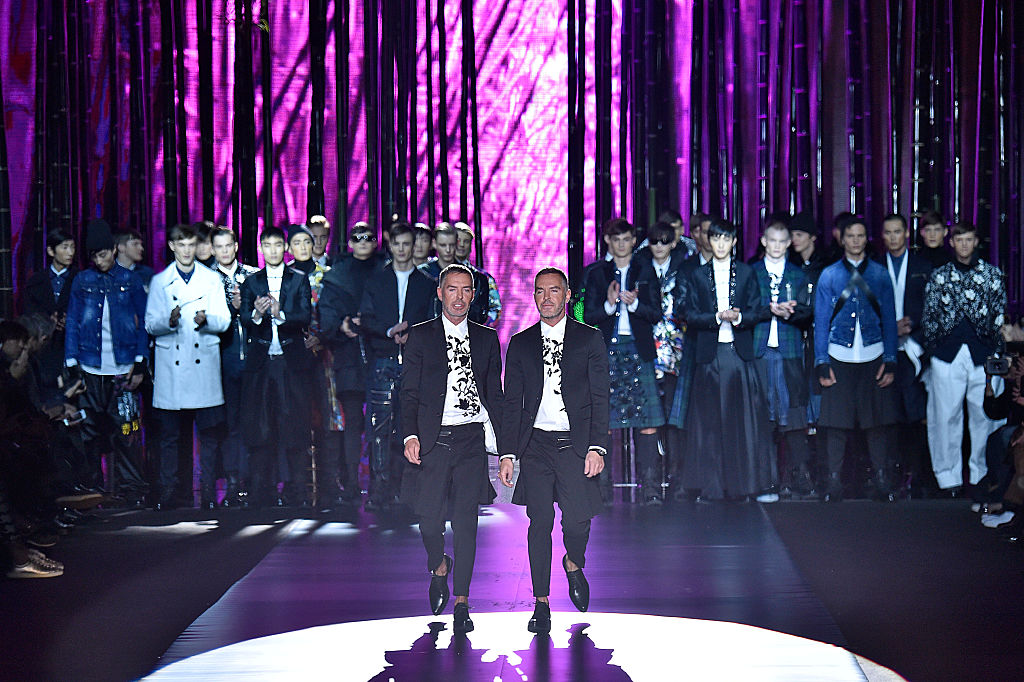 Two of Canada’s most famous fashion brands are joining forces for the Summer Olympic Games in Rio this year.

Hudson’s Bay, one of Canada’s oldest and most historic retailers, announced today they are partnering with Dean and Dan Caten of Dsquared2, one of the most successful Canadian fashion labels, to design the Opening Ceremonies outfits for Team Canada at this year’s Olympic and Paralympic Games.

“The Opening Ceremony represents a moment of tremendous national pride for our athletes,” said Hudson’s Bay President, Liz Rodbell, in a release.

Indeed, the opening event is a momentous occasion and is televised live around the world. It’s also the first time the world gets to see the outfits of the athletes from the various countries competing in the Games. As the teams from each country march into the stadium, typically their  outfits tell the world something about their homeland. It is of such significance and pride, most western countries would employ their most talented and renown fashion designers to come up with the designs.

In previous Olympic Games, none other than maestro Giorgio Armani would take up the design duties for Italy’s athletes. And in past years, Ralph Lauren would lend his design skills for Team USA.

This would mark the first time that the Catens would be designing for the Olympics. The Toronto born twins honed their design skills back in the 1980s in their hometown working for Ports International along with their edgy eponymous label. By the early 1990s, they departed for a bigger fashion playground, Milan, where they launched Dsquared2 in 1995.

The men’s and women’s label is wildly successful with a string of stores around the world and is known for modern tailoring mixed with sexually charged allure that has garnered fans like Madonna, Beyonce and Rihanna. But what has won them critical acclaim is their playful use of Canadiana throughout their collections – buffalo check shirts, summer camp sweatshirts, denim and trapper fur hats – are just a few of the well-loved Canadian fashion tropes that make their way down the Dsquared2 runways.

A preview of the Opening Ceremony outfits and the full Team Canada collection will be unveiled in April.