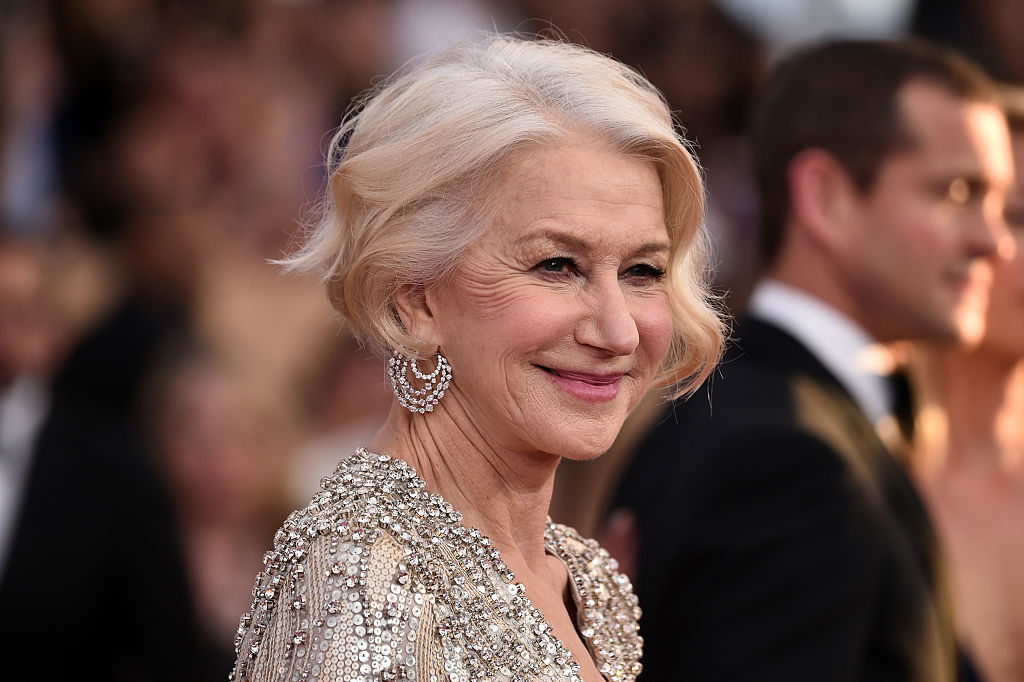 While we are bidding adieu to another year—and for many reasons it’s a big good riddance to 2016—there are a few things in the realm of beauty and style that are worth holding onto. Herewith, our top ten beauty looks from the past year and the products to help you achieve them to look your most glamorous throughout this holiday season and beyond.

The Duchess of Cambridge had quite the time on tour this past summer in western Canada with Prince William and their royal brood. Her thick, wavy, hair has always been a much envied feature, and we chose three images that showcase the variety of looks she pulled together. Her chic chignon, left and centre, managed to look perfect night and day, while flowing locks added glam to her dark green day dress. For added hair volume try; Fructis Full and Plush Voluptuous Blow out Blow Dry Treatment and Volume Spray both by Garnier Fructis. Kerry Washington, who turns 40 in January, had a second baby, a boy, in October. While the birth of her son was no doubt the highlight of her year, she also was Emmy nominated for her role as Anita Hill on the HBO movie, Confirmation about the Clarence Thomas Supreme Court Nomination. Washington is a women’s rights activist and has been outspoken on issues of race and gender equality. Saying about the double standard women face daily, “You have to be twice as good. In a way, until girls don’t have that feeling, we will not have done our jobs. That’s almost the point: to not feel the pressure to be extraordinary.” But this isn’t to say she doesn’t appreciate a night of glamour, as seen here at the post-Emmy party for Confirmation. The hair! The eyeliner! While we will credit her pregnancy for the glowing skin, for her eyeliner try; Eyestudio Master Precise Liquid Liner in black by Maybelline, for hair try; Oleo Curl Defining Cream by Keratase.

Taraji P. Henson, 46, had a big year with the second season of her hit television series Empire, followed up with  must-see movie Hidden Figures, about three black female scientists who worked at NASA in the 1960s.  Henson also launched her own make up collection this past September with MAC Cosmetics – which sold out so fast her mother couldn’t even buy it – and is the 2017 face of Viva Glam, MAC’s lipstick to benefit people living with AIDS/HIV. One of Henson’s favourite beauty products is liquid eyeliner, for that perfect cat eye.  Try: Penultimate Eye Liner in RapidBlack and Penultimate Brow Marker in Universal both by MAC. Lily Tomlin, 77, looks radiant. And why not? She’s the co-star of the Netflix hit, Grace and Frankie, and her indie flick, Grandma, was a critical smash. We love that Tomlin embraces her age and looks natural, even when on the red carpet. She has said one of her priorities she wanted to address in her series was the “discounting of older women,” and applauds the cable networks and streamers for creating more shows that she calls, “More egalitarian in terms of dealing with people who are professionals in their forties and fifties… I think there’s a little more attention being paid to deeper, more serious subjects with older protagonists.” On face try; Age Defying Firming + Lifting Makeup in Bare Buff foundation, on lips; Ultra HD Lipstick in Peony, both by Revlon.

The glamour of old Hollywood is tough to beat. Priyanka Chopra, 34, clearly knows it too, judging by her sleek pony tail, strong brow and eye liner. The former Miss World (crowned in 2000) says her beauty routine is to wash her face before bed, “no matter what” (hear that Tom Hiddleston) and “moisturize, moisturize, moisturize.”  But it’s the precision perfect red lip that seals the deal for this award show look – and it’s ideal at any age and fabulous for the holiday season. On Chopra’s lips are Rouge Allure Velvet Luminous Matte Lip Colour in Rouge Charnel (No 56) and Precision Lip Definer in Rouge Profond (No 57) both by Chanel.

And to close out our top looks and how to get them for 2016 we leave you with… Power is beautiful.