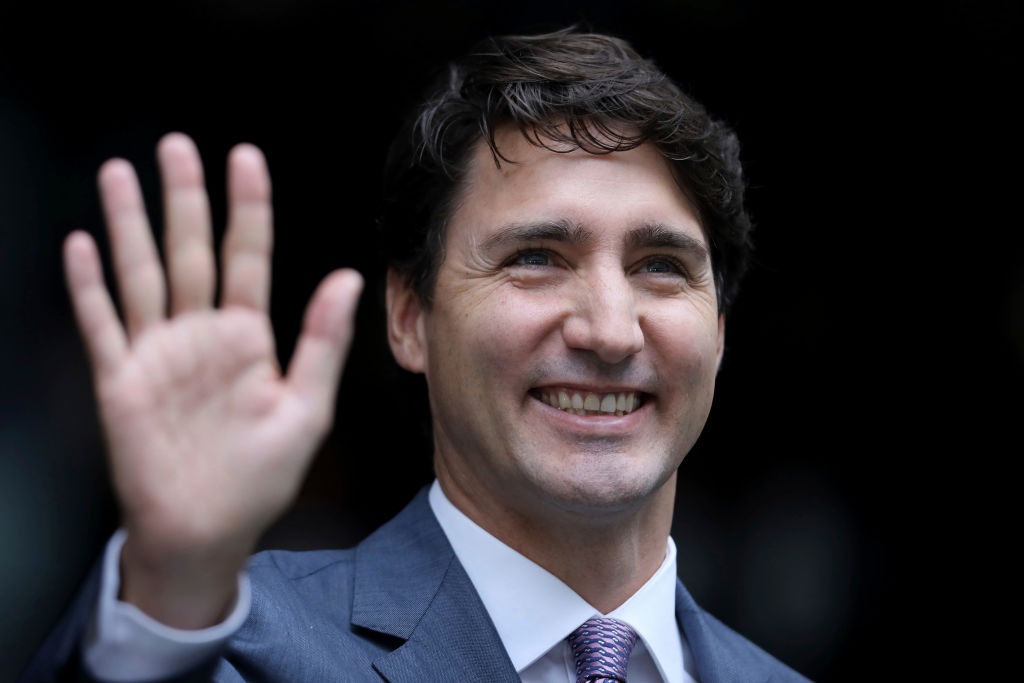 Our prime minister celebrates his 46th birthday on Christmas Day. To celebrate, we take a nostalgic trip down memory lane.

When Justin Trudeau was elected as Canada’s Prime Minister in 2015, the world sat up and suddenly took an interest in Canadian politics. Naturally, this curiosity was partly fuelled by the young politician’s handsome and breezy athletic looks but also because this kind of image of a nation’s leader is a rarity. Think John F. Kennedy, Barack Obama and Emmanuel Macron.

But while political pundits pondered his policies, the young Trudeau’s fashion sense was also closely scrutinized. Vogue came calling for a feature. And in 2016, GQ Magazine was referring to him as ‘Prime Minister of suave,’ and counted him as one of the 13 Most Stylish Men in the World Right Now.

No stranger to the world’s stage, there is also the matter of his pedigree. His famous last name is not only one affiliated with a political legacy but one which basks in a halo of style.

His late father, former prime minister Pierre Trudeau, was a man with an acute sense of sartorial splendour, confidently sporting cravats, fedoras and capes – all menswear signatures back in the 1970s. His mother, Maggie, is also a fashion-plate known for her unbridled sense of fun and the youthful wardrobe and vibe she brought to Parliament Hill when her husband took office.

But our leader is that rare sartorialist – he can look effortlessly cool whether he’s going shirtless on the beach, sporting a cowboy hat at The Calgary Stampede or donning a tuxedo for a White House gala.

Today, as we wish our prime minister a happy birthday, we take a fun, nostalgic look back at how a much-younger Justin measures up to his current fashion smarts.

Justin Trudeau wipes his eye, as he and his brother, Sacha, watch the casket bearing his father, former Prime Minister Pierre Trudeau, is put into a hearse on Parliament Hill, October 2nd, 2000.

It was probably a pivotal moment in young Trudeau’s political career. Back in March 2012, Trudeau, then a Liberal MP, agreed to a charity boxing match against Conservative Senator Patrick Brazeau. At the time, his political aspirations was not taken seriously and his party was trailing in third place. But much to the surprise to all watching the televised match, the ‘shiny pony’ as he was referred to by commentators, turned out to be a stallion and beat Brazeau. And on many levels, the win ignited his career, image and catapulted him into the heavyweight leagues.

His charity boxing match is now obviously the stuff legends are made of – so much so, last year, Marvel comics even featured him as a superhero on a limited edition comic book.

A long time fan of Star Wars, the Prime Minister wore socks featuring Chewbacca, while taking part in the panel at the Bloomberg Global Business Forum this past September in New York City. In fact, wildly colourful socks have become one of his style signatures. It’s not uncommon to see him flash a pair of snazzy patterned socks with his brown brogues at various political summits around the world.

By now the world knows our PM is fit and buff – due to the numerous shirtless photos of him floating around. But in the summer of 2016, many wondered if he man owned a shirt when if came to a photo op. In the summer of 2016, he dutifully stood to the side as a bride came down some stairs to her beach wedding in Tofino. His gallant action was captured unintentionally on film and showed him smiling broadly, looking as if he photobombed the wedding party. Chances are, the bride surely didn’t mind. It’s just one more thing that made her big day even more special.

Whether he’s shirtless, in a tee-shirt or in an immaculate tux, Trudeau wears it all well and effortlessly. Even when he’s standing next to a political powerhouse like then-President Barack Obama. Seen here in March 2016, at the White House for a State Dinner in his honour, the PM, held his own in the sartorial department.