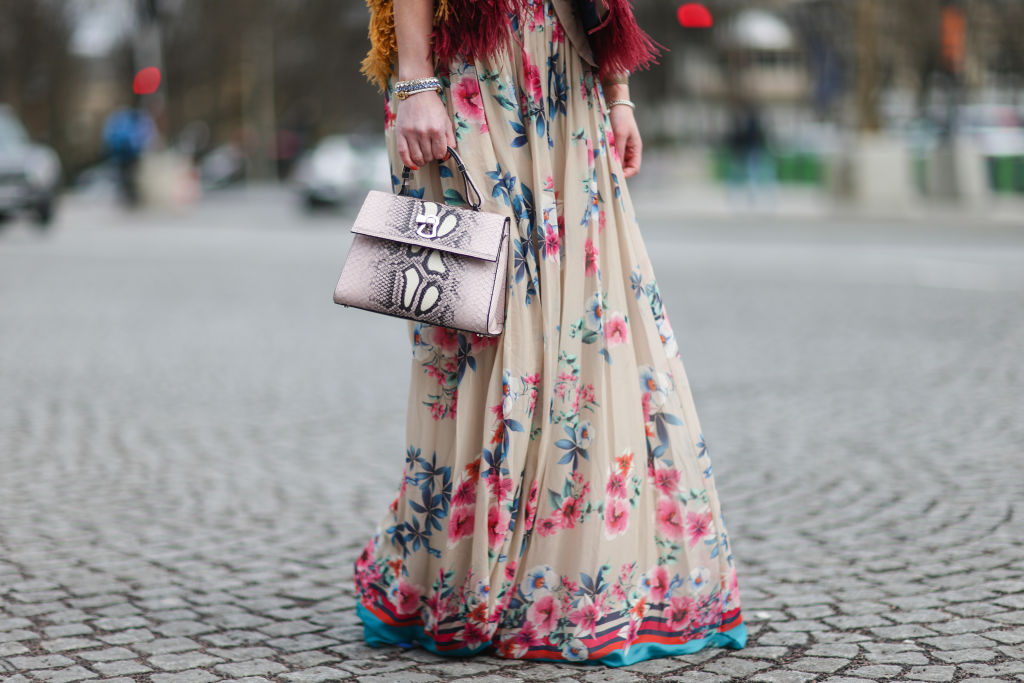 There was a time in the past when designers in Paris would be revered and practically be considered fashion seers, with the ability to know exactly what women will desire to wear the next season.

Hence, Paris Fashion Week – which came to a close this past week – used to be the most influential of the fashion capitals. Retailers, fashion magazines and even other designers would look carefully at what came down the runways of the most renown designers like Christian Dior, Yves Saint Laurent and Chanel, because ultimately it would dictate the trends for the next season. And inevitably, you would come across a breathless headline – PARIS SAYS PANTS! – in a newspaper or fashion magazine with shrill seriousness like it was a commandment. Which it was. Because no retailer dared bucked the trends dictated by the Paris runways in favour of marching to their own beat.

But times change. While Paris still remains an influential fashion capital, the designers’ runways are not the only source of inspiration. With the popularity of street style photography in the past decade, what the models, bloggers and fashion show guests are wearing on the streets, have come to help define the trends.

Look at any designer’s inspiration board and you will find printouts of some of these pictures. Fashion magazines still count the street style section of their websites as one of the most popular. E-commerce and traditional retailers also regularly feature these photos on their sites as shopping inspiration.

Scroll through our slide show below for a look of some of the most noteworthy looks seen on the streets this past fashion week in the City of Lights. Because come spring, you’ll be seeing them on streets closer to you. THE SOUVENIR OR BOMBER STYLE JACKET

Souvenir jackets – mostly in glossy satin with embroidery of Asian motifs – made a huge comeback a few seasons ago in menswear. The popularity of the colourful jackets can be traced back to World War II, when soldiers returning to the US from the South Pacific, bought the jackets as mementos of their service years. The menswear trend has seeped over to ladies and continues to grow this season. You can practically find a version of these jackets in any mall store this spring and they work whether you dress them up as a blazer with a tailored pant or skirt or dressed down with jeans. Start the hunt for yours at Zara and Urban Outfitters. The simple man-style staple gets a bold make-over for spring with strong architectural details and flourishes. Also look for it in shirt-dress styles. Come warm weather, they will make for great office attire. Every season, as designers debut their collections during fashion week, they dream there might be one item – usually it’s an accessory – that will become a blockbuster at retail. It’s usually a rare occurrence. But when that magic happens, as it did in 2015, for the Italian luxury brand, Gucci, when they sent a fur-lined slipper featuring the iconic horse-bit down the runway, it instantly achieved holy grail status. Highly coveted, instantly sold-out, waiting lists – are all markers that the item will become it’s own trend. Now a few seasons later, the slipper has only grown in popularity and practically every shoe brand is doing a version of this slip-on shoe. You don’t have to shell out the four figure sum Gucci is asking for their fur-lined original, just check any fashion shoe shop come spring. EVERYTHING IS COMING UP ROSES

Chalk it up to the power of flowers. Showing no signs wilting, the floral trend continues bloom from delicate looking petals to bold botanicals. Sprouting up everywhere, florals can be worn day or night. And if there is anyone left who haven’t succumbed to the charms – of what is now considered a classic print – you can try in small doses with an accessory like a bag or shoe.

STAND BEHIND THE LINES

Another trend that seems to heading for infinity status are stripes. From bold prison garb bands to pinstripes and every width in between. You probably already have the classics – nautical and pinstripes – in your wardrobe already so go for something more bold. Choose your stripes in an unexpected colour or garment or wear it in an a fresh way, like the fashion show guest above. The PJ looking top paired with fishnets and a leather skirt is just one unique and refreshing way to throw a curve ball at the long- lasting stripe trend. Some women with a less-than-flat tummy usually resort to hiding it with billowing tops or would not dream of bringing attention to that area – especially with a big, wide, eye-catching belt. But that’s exactly what you should do. Cinching in your waist with a corset-type belt helps to define – in other words, it gives you an identifiable waist line – which actually is slimming.

After years of the tyranny of the tight and narrow, trousers take on epic proportions with wide, loose and fluid shapes. Even denim. All good news because with a wider leg, comes a higher waist. But avoid the paper-bag waist look (a sub trend of this wide leg trouser look) where it gathers in ruffles around your tummy. Keep it clean and simple, save for a pleat or two, like the fashion show guest above chose to do.