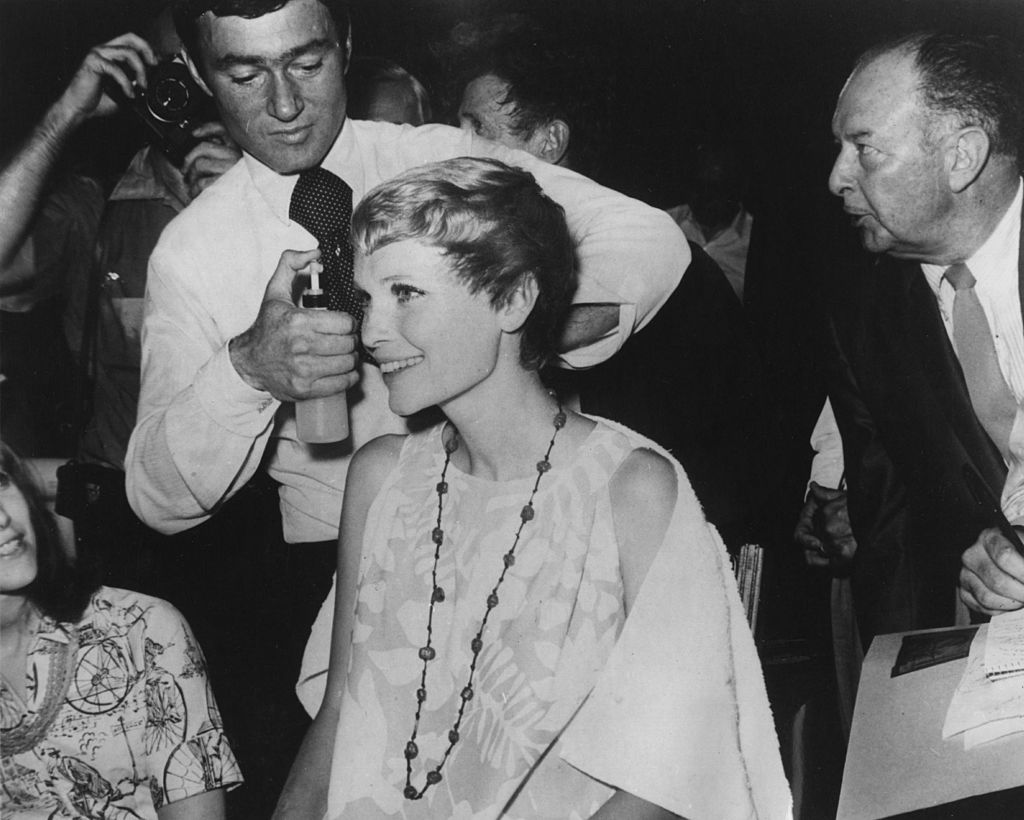 When a woman shears her lengthy locks into a short cropped hairstyle, the look can seem dramatic, defiant or shows signs of dissatisfaction in her life. But on a few rare occasions, some women’s short haircuts became wildly influential and transformed their lives and careers.

Interestingly, however, the same cannot be said of a woman doing the opposite. When did you ever hear of a woman whose lengthy tresses threw her into the international spotlight? If she should suddenly be sporting overly long hair – thanks to today’s insta-long locks achieved with extensions – it hardly causes a stir or radically changes her life – of course, fairy-tale damsels like Rapunzel, not withstanding.

We take a look at three women and their powerful short cuts that went down in history to gain iconic status.

Back in 1966, a young up-and-coming actress named Mia Farrow was on a hit television series, Peyton Place. She had extremely long hair to her waist, which, despite not being a popular look in the ’60s, was loved by young fans of the show. But the 20- year-old Farrow was also getting a lot of publicity from the media when she started dating Frank Sinatra, who was more than twice her age. As legend goes, one morning after a dust-up with Sinatra, Farrow walked into the makeup room on set, picked up a pair of scissors and sheared her long hair down to about an inch and half.

The resulting drama from this single act had far-reaching consequences she couldn’t have predicted. Naturally, the first outrage came from the producers of Peyton Place, who freaked out over the severe change in her look. Scenes had to be rewritten to accommodate an explanation of the dramatic haircut.

The newspapers were riddled with gossip that she did it to spite Sinatra. In her 1997 autobiography, What Falls Away: A Memoir, Farrow wrote, “There must have been nothing going on in the world that week because my haircut got an absurd amount of press coverage.” Even the surrealist artist Salvador Dali weighed in and called her actions “mythical suicide.” But Farrow denied she did it to spite Sinatra and claimed he instantly loved her short hair. And most likely he did because they secretly got married later that year.

But her close-cropped coif not only achieved iconic status and would be copied for decades, it also weirdly continued to be the subject of gossip and controversy.

Farrow and Sinatra were only married for a year before they divorced. And, of course, the gossip stories in the media blamed the haircut for the cause of the breakup.

Farrow would not only go on to star in Roman Polanski’s 1968 film, Rosemary’s Baby, but her short hairstyle also played a pivotal part. Wearing a wig for early scenes in the film until she revealed her pixie cut, her character when asked about the haircut, utters the line, “It’s Vidal Sassoon. It’s very in.” It was a line that was mentioned in the original book that the film producers kept in the film.

Not one to miss a glorious marketing opportunity, the legendary hairdresser and savvy media personality, Vidal Sassoon, flew in from London and held a press conference – more like a publicity stunt – on the Paramount lot where he had Farrow on a small stage and set about trimming her hair as it would appear in the film. The stunt worked so well that throughout history, Vidal Sassoon would be credited for cutting Farrow’s hair into the infamous cropped cut. But in reality, her hair was already short, and he merely had to trim half an inch.

Years later, upon Sassoon’s death and with obituaries crediting him for the iconic haircut, Farrow wrote in to the New York Times and reminded everyone she was the one who had originally chopped her hair off.

There is much work that goes into grooming a model and developing her look. Once her career shows signs of being on the rise, her agents are loathe to have her change anything, particularly her hair – surprising, since models work in an industry fueled by constant change and with a voracious appetite for newness.

But in 1988, one fairly successful model did the unthinkable and chopped her long dark brown hair down to a short cropped boyish hairstyle. This single hair cut set off a ripple effect throughout the industry and catapulted the model into the stratosphere, igniting a phenomenon in fashion that would become known as the supermodel era.

The model was 24-year-old Canadian Linda Evangelista, and the life-changing day was on a set in a studio in Paris. Upon the suggestion of famed fashion photographer Peter Lindbergh, she agreed to chop off her long hair, which was past her shoulders. The man tasked to do the chop was the editorial hairstylist on set, Julien d’Ys. Considering the magnitude of the impact the haircut would have, shockingly, it was done merely on a whim, and there wasn’t much planning or lengthy discussions beforehand. In fact, d’Ys admitted years later to vogue.com that he didn’t know what he was going to do until he started doing it. He began by gathering her hair into a ponytail and cutting it off – which, to this day, he kept. He remembers being nervous and telling her, “This could be a disaster or be great.” Evangelista burst into tears.

But it was a snip that resounded around the world and became widely copied. It also marked the changing point of Evangelista’s career – she went from mere model to household name and pop culture icon. Besides landing the cover of Vogue and numerous ad campaigns, it also marked the beginning of the soaring salaries the supermodels would eventually earn.

She told People magazine the moment “quadrupled my rate.” But while she liked her haircut, she said, “I did get sick of seeing it on everybody though – every stewardess, every salesclerk and in every restaurant.”

Evangelista would go down in history as one of the rare models who could frequently change her hair colour and style, displaying an astonishing ability to completely transform herself with her hair that went from platinum blond to vivid red.

Another short haircut that happened on a whim also took place on the set of a photo shoot. Back in 1990, Diana, Princess of Wales, was being photographed for British Vogue by lensman Patrick Demarchelier, who insisted on having the editorial hairstylist Sam McKnight on set to tend to the royal locks.

In his book, Hair by Sam McKnight, the celebrity hairdresser recalls that day on the Vogue set where he first met the princess. And after the photo shoot, Diana asked him what he would do if given free rein on her hair. He suggested cutting it short. Much to his surprise, not only did she like the idea but asked him to cut it immediately. The two hit it off, and he became Diana’s regular hairstylist.

McKnight acknowledged Diana was always open to new ideas regarding her look – even if they made her nervous because she understood the public wanted to see her “do the princess-thing.”

But she agreed to a dramatically different look in 1995 when she was invited to attend the Council of Fashion Designers Awards in New York. The stylist slicked her hair back, tucking it behind her ears. The look was simple, almost casual but positively chic and very fashion-forward for Diana. Naturally, every major fashion person in the room that night was raving about her look, and the next morning’s front pages were wildly proclaiming this was a new Diana.