5 Stylish Women Who Refuse to Dress Their Age 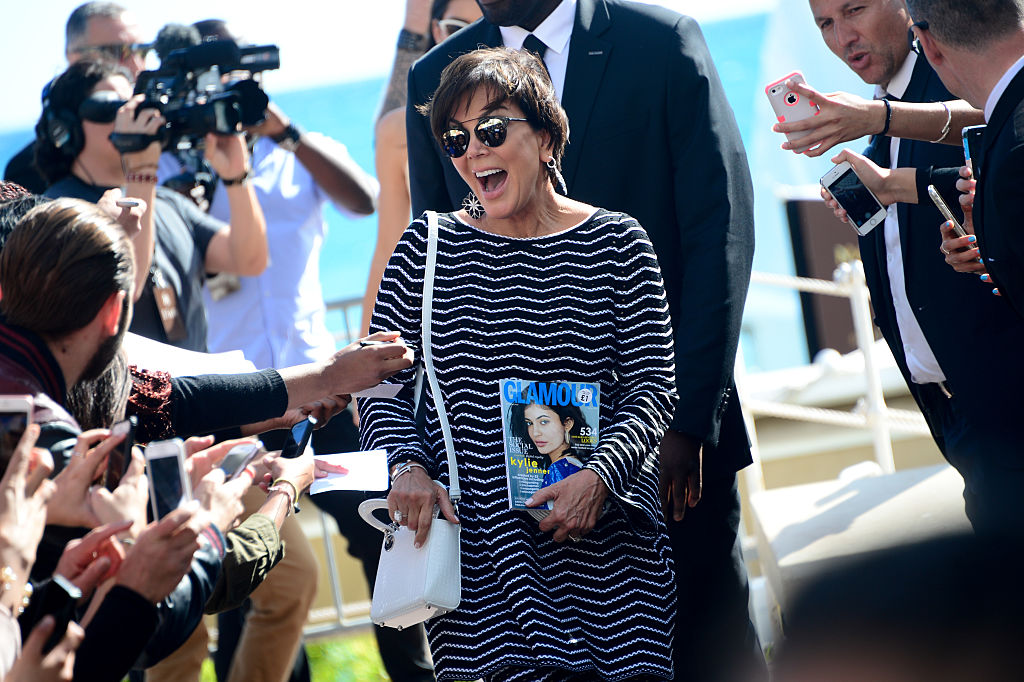 The old adage that one should dress according to their age is questionable in this era, especially for these stylish women.

Perhaps during no other period in human history have we ever looked so good as the result of taking care of our bodies, eating healthy and exercising regularly. And, with advances in cosmetic procedures, some of us have helped Mother Nature along, with various procedures from simple injectables to major surgery.

Our lifestyles are also different from a generation ago and we are living longer, more productive lives. The end result is that we look damn good and age is now merely a number. A 60-year-old today does not, for the most part, look like a 60-year-old from your mother’s era.

However, we still have preconceived notions of what a 50, 60 or even a 70-year-old should wear. But because we can no longer tell how old someone is, we should abolish the old dress-your-age rule. Rather, we should be dressing to suit our body type. Other factors like lifestyle and confidence levels might play minor parts to the style equation.

Here, five women who refuse to confirm to society’s notion of age appropriate dressing. And we thank them for doing so and explain why it works. Mother-of-six and matriarch of the Kardashian and Jenner clan, she’s reportedly responsible for instilling drive and ambition in her daughters and for building the empire that has ensued from their reality television show, Keeping Up With The Kardashians. So, not surprisingly, wherever her girls are, she’s found nearby but hardly receding in the shadows. She often wears clothing from the same designers as her daughters—Balmain remains a favourite of the family—but her choices stop short of being vulgar.

Seen above at the Cannes Film Festival, when she wears a heavily-embellished mini dress by Balmain with a plunging neckline. But while some might argue this sort of outfit belongs on a 20-year-old (if they can even afford Balmain’s exorbitant price tags) it looks perfect on Jenner’s tight and toned body.

But unlike a 20-year-old who might flaunt bare legs in this dress, Jenner wisely dons flesh-coloured panty hose—an old school glamour trick that helps even out skin tone and gives a sleek smooth look to bare legs. Here’s a perfect example of two women close in age but with completely different approaches to matters of wardrobe and style. Jane Fonda and her then 76-year-old co-star, Lily Tomlin, are seen here at the premiere of season two of their Netflix Original series, Grace & Frankie, dressed for the red carpet but suitably attired for their different body types. The talented Tomlin adheres to a common style adopted by many women her age, dressing in billowy loose fitting garments that are not only comfortable looking but hides various parts of the body a woman her age might not want to bring attention to—like a less than trim waistline or sagging arms. And most likely her trousers might be elasticized waist. And there is nothing wrong with any of those comfort features.

But if you have a body like Fonda’s why would you keep that under a tent-like caftan? Yet she is just as covered up as Tomlin but in a different manner. First, there is her blouse—a perfect example of how you can cover up without looking from the Victorian era. The creamy silk top might have long sleeves and a high neck but it also has a touch of sexiness with its cutout shoulders and slit in the front. Her trousers are an example of how you can achieve comfort yet look strikingly stylish. The pants are loose and full cut—all comfort features—but by cinching the waist in with a dramatic belt and the lush emerald colour – gives her an extraordinary amount of flair. It all comes down to a matter of playing up your assets and downplaying the flaws. Citizens of the social media universe heaped a load of criticism upon the Material Girl for this racy lacy custom made Givenchy outfit she wore to the Costume Institute Gala at Metropolitan Museum of Art in New York this year. The general consensus was she looked like she was trying too hard.

The dress, which revealed her bare bum and breasts, was perhaps better suited on an ingenue trying to get some media attention on this heavily populated red carpet that features tons of A-listers. But is that just ageism?

Madonna has an astonishing body to rival that of a performer less than half her age so why shouldn’t she wear it? Putting questions of taste and decorum aside—if Kim Kardashian or a model or Beyonce—had shown up in this get-up, no one would have blinked an eye and put it down as a typical outfit they might have worn. But when a 59-year-old woman with a rocking body has the temerity to brazenly flash this much naked flesh, cue the uproar. Let’s not forget she also has a lengthy history of groundbreaking and scandalous outfits so why should this outfit take anyone by surprise?

Madonna is also an iconic entertainer of global proportions. That factoid alone, sets her apart from sartorial rules of ordinary citizens. And that is the one caveat to this entire dressing for your body type mantra. Someone of Madonna’s stature and high profile can be expected to wear this. But a 59-year-old woman who lives in the suburbs, drives her grandkids to schools, volunteers around town—even with a trim and fit body—might want to rethink ever dressing like this. The indefatigable Cher, truly seems like she can turn back time. Seen here in June in Portofino, Italy, enjoying a gelato like any regular tourist, the entertainer looks like she’s dressed for sight-seeing comfort but with that Cher-like rock-n-roll sensibility. There is the skin tight black leggings—which she makes no attempt to cover her rear or stomach with a long t-shirt like most women her age might be prone to do. Her butt is taut, her legs are toned and her stomach looks flat, so she’s not covering up. And no tent-like t-shirt for her. It’s a little rocker tank with skull and crossbones and worn layered over a sheer long sleeve top.

And topping it all off – just in case you didn’t think she was on vacation or the very least out for a stroll—she’s wearing a small backpack. What style notes can you take away from this? Note the leggings have a wide waist band. This acts almost like Spanx and helps keep your tummy in. If you can manage to wear heels, do so, because it also helps lengthen your legs and it stretches your leg muscles, helping to give the toned lean look. With her signature tousled hair and smudged eye liner, this former editor-in-chief of Paris Vogue, looks more like a rockstar than the fashion stylist, mother and grandmother she is today. She is prone to wearing pencil skirts, sheer blouses, leather pants, biker jackets and stilettos.

Seen here at the amFAR 23rd Cinema Against AIDS Gala during the Cannes Film Festival, she wore a sheer gown with opaque bands strategically offering some modest covering. It’s the kind of dress that would put fear in woman half her age to even attempt. She doesn’t try to dress it up or over it up. With firm undergarments in place (this is not an outfit one wears with lacy lingerie but rather with some opaque and controlled underwear) and with the knowledge that her privates are not showing, Roitfeld wears it with airy nonchalance. The key accessory here is confidence.