Summer’s Hottest Hair Accessory: How to Wear a Headband and Look Like a Queen 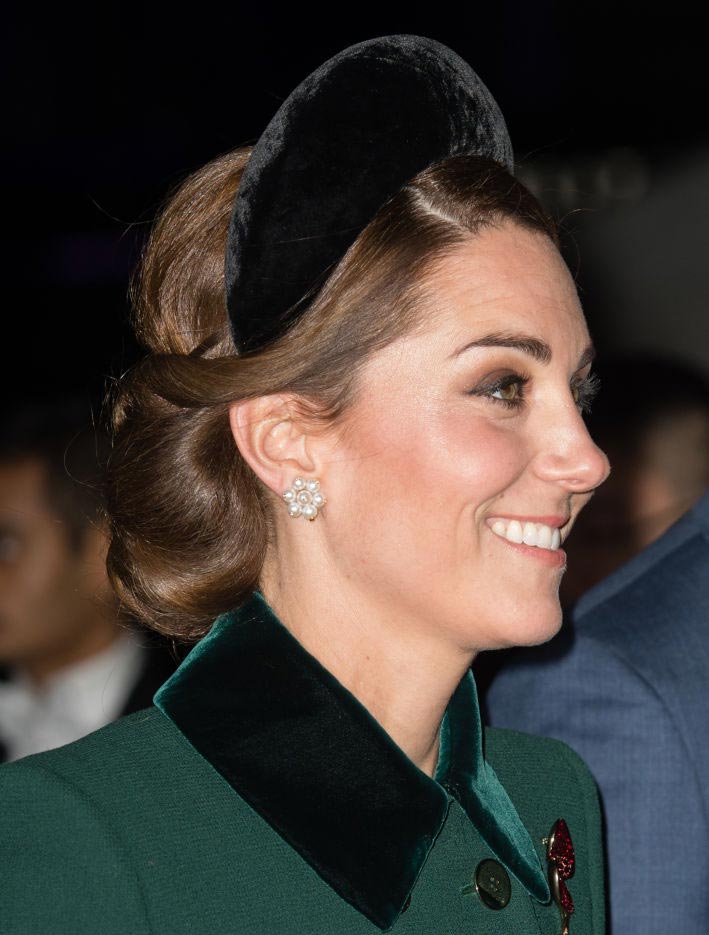 The humble headband has returned to fashion and has been crowned as this summer’s hot hair accessory. This is one trend which is sitting on some pretty impressive tresses such as European royalty and Hollywood celebs.

But the simple and relatively inexpensive accessory is truly egalitarian, appealing not only to the rich and famous, but also to women of all ages, from teens to the over-fifty-and-fabulous.

You might very well wonder if the headband and hairband (the former is structured and the latter is soft and elasticized) ever did go away. True, it could always be found, even in the drug store aisle, but in recent times it has morphed into something more costume-like.  Around Halloween, it sprouted ears of cute kittens and sexy bunnies. At New Year’s eve, it got festive with all manner of sparklers. Summer music festivals brought out scores of young girls looking like wood nymphs wearing garlands of flowers as headbands.

But it took Miuccia Prada and her spring/summer 2019 collection, which featured padded satin headbands, to propel the iconic hair accessory back into the fashion spotlight. Prada is known for taking a subversive swing at things to shatter sweet concepts and her headbands were far from innocent and childish-looking. Covered in studs or pearls, the puffed-up padded height gave models a regal and haughty air — and also the illusion of  being taller.

The headband’s recent rise up the style ranks was also thanks to Kate Middleton, the Duchess of Cambridge. A fervent fan of the hair accessory, she even pre-dated Prada when it came to padded head bands, wearing one when she appeared at a Westminster Abbey service last November.

The Duchess is not the only member of royalty to take a shine for decorative head gear with more common roots than a tiara or crown. Queen Letizia of Spain attended the Order of the Garter Service at Windsor this past June wearing a black headband trimmed with netting. (It can be argued her headgear might qualify as a fascinator since it is sprouting embellishment, but since the headband base is quite noticeable and a fascinator’s base should never be seen, let’s call it a headband.)  Regardless, this is a perfect example of how this simple hair accessory can have a look of worldly sophistication and elegance.

But perhaps the headband’s rise in popularity is due to its very practical nature. While they can be pretty and decorative, the hair accessory never loses its primary function — it can control the wildest of manes. On hot humid days, you can use one to hold down the frizz and unruly curly locks.

It also disguises a multitude of hair sins when you’re in-between hair salon appointments or in a time crunch. Didn’t have time to style your hair for an evening event? A bejewelled headband allows you swan around like the belle of the ball.

That’s the beauty of these hair accessories — slip a beautiful eye-catching head band on and no one will notice your hair needs combing, cutting, styling or colour. And perhaps, this is one reason why women of all ages find it necessary to keep at least one handy.

Scroll through for headbands and hairbands to give your hair an instant makeover.