Summer of ’69 & the Enduring Fashions of Woodstock 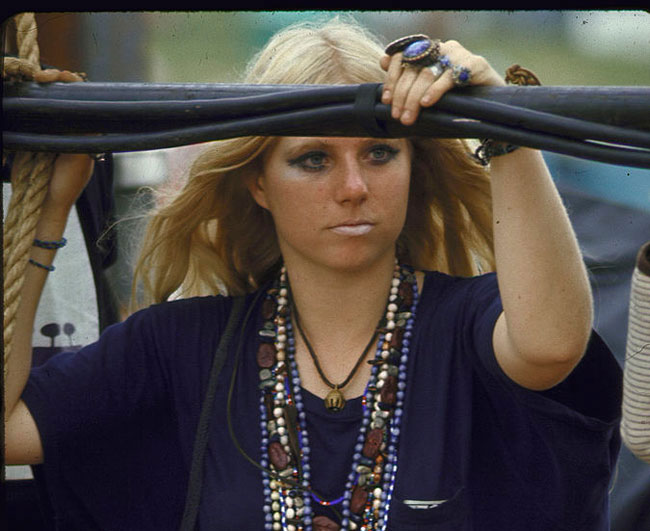 Fifty years after Woodstock, the fashion statements made by concert-goers continues to endure.

It seems the more things change, the more everything stays the same. And when it comes to fashion, this adage seems apt.

Take, for instance, 1969’s legendary Woodstock Festival. This August marks the 50th anniversary of the epic music event and various media outlets republished photos from the iconic four-day festival that took place on a dairy farm in the state of New York.  With more than 400,000 people in attendance — all having a wildly good time despite rain, mud, overcrowding and lack of food — the photos also chronicled what the youth of that era wore.

And surprise! Some of those fashion items, from beads to denim to floppy hats, are very much in vogue today.

Check out these pictures of festival-goers at Woodstock. They could easily be photos of today’s youth.

Multiple strands of beads acting like necklaces — as seen here at Woodstock — continue to be a fashion statement today with young people who attend music festivals. They’re relatively inexpensive and can be found at vintage markets — or easily made at home. Also decking out one’s fingers with multiple rings continue to be a popular form of accessorizing.

Jeans seemed to be the popular garment of choice with both men and women, which is not unlike today, where denim continues to be the go-to staple. And it doesn’t look like the style has changed much based on the low-slung, dark indigo pairs worn by these visitors at Woodstock.

The American flag continues to be a source of inspiration in fashion to this day — even Paris fashion label, Givenchy, sent out jeans emblazoned with stars and stripes. But as it was with this young man at Woodstock, it probably had little to do with patriotism and more because it made for a cool, graphic printed pant. Remember, Woodstock was more than just another music festival: it had a lot of youth standing up against war and convention and promoting peace and love.

This young woman, dressed in bootcut jeans, pilgrim buckle belt and slim tank top looks like she could have stepped right out of a jean ad from today. The cool look of jeans paired with a tank top continues to be popular and it exudes youth, effortless sex appeal and rock ‘n roll — all favored elements still used to market denim today.

The floppy hat, as seen on this festival-goer, continues to be a popular fashion item and can be found at both ends of the market — from a major designer label right down to Joe Fresh.

What’s a hippie without sandals? These leather and metal ring sandals, as seen on a young man laying in the field at Woodstock, has been reissued and reimagined by numerous fashion brands over the years, from Canadian cobbler Patrick Cox to Dsquared2.