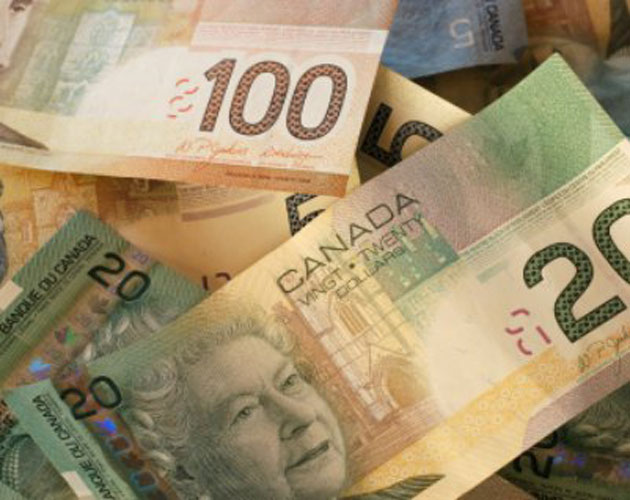 Gordon Pape discusses the best way to ensure you don’t outlive your savings.

Like many people, I wouldn’t mind living to 100 – as long as I could have two wishes. My first would be that my health, both physical and mental, stays reasonably good. My second would be that my money lasts as long as I do, so I can continue to enjoy the lifestyle to which I’m accustomed.

Unless you’re a multi-millionaire or win the lottery, there is really only one way to ensure that you will have enough income to live comfortably for as long as you’re around. That is to use some of your savings to purchase a life annuity.

Annuities may seem complex at first, coming with all sorts of bells and whistles. But when you strip it down, a life annuity is simply a contract between you and a life insurance company under which you invest a sum of money and they agree to pay you regular income for as long as you live.

Insurance companies employ teams of high-powered actuaries who figure out to the month how long people in various age groups are likely to live, and they base their rates on those projections. In a sense, it’s something of a gamble: if you die early or on schedule, the insurance company wins; if you live well beyond your normal life expectancy, you win. The constant that makes it worth taking is the fact that you’ll continue to receive regular payments, no matter how long you live. You’ll never have to worry about where the next cheque is coming from.

Once popular, annuities have fallen out of favour in recent years because of two factors: low interest rates, which reduce the income you’ll receive for your capital, and the desire of Zoomers to retain control over their assets and leave something for their children when they go.

In spite of these, I have consistently advised readers to consider buying an annuity when they reach their 80s. The reason is simple: under current minimum withdrawal rules, the capital in RRIFs and LIFs will be rapidly depleted after you turn 80. When you reach that age, the federal government requires you to withdraw 8.75 per cent of a RRIF’s annual opening value. By 85, the minimum is up to 10.33 per cent; by 90 it has reached 13.62 per cent; after 94, it is 20 per cent a year.

In my book The Retirement Time Bomb, which was published in 2006, I did an analysis of what would happen to a $100,000 RRIF after age 90. I assumed a 10 per cent average annual return on capital (unrealistically high in the context of today’s interest rates). I found that starting at age 95, the capital in the RRIF steadily depleted as did the amount of income received each year. By age 100, the RRIF annuitant would receive only 53 per cent of the amount that was paid at age 94.

The solution, then and now, is to buy a life annuity while you are in your 80s. I suggest waiting that long because the older you are when you enter into a contract, the higher your payments will be. Apart from your age, the amount of the payment will vary depending on five factors:

The amount of money you invest.

Your sex (men get more than women because they tend to die sooner).

The level of interest rates when you make the purchase (the higher, the better).

The type of annuity you choose.

The life insurance company you deal with.

When shopping for an annuity, you’ll need to keep your wits about you. Like most insurance products, they tend to be much more complicated than necessary, and apples-to-apples comparisons between companies can be difficult. There are three basic types of life annuities: single male, single female and joint. The latter continues to make payments until the death of the last surviving spouse.

The website of Canadian Business magazine has a feature that enables you to check current prices for various types of basic annuities. At the time of writing, I visited the site to check on quotes for buying an annuity using money from a registered plan. All were based on an investment of $100,000. After some quick research, I found that the best payout for a single male with no guarantee was from Desjardins Financial Security. A single female with no guarantee would receive $660.76 a month from Desjardins at age 70 and $967.77 at 80. For a joint annuity, monthly payments would be $581.32 at 70 and $805.91 at 80.

— If you opted for a 10-year guarantee (meaning payments would continue to your heirs if you died during the period) the monthly cheques would be reduced to $702.39 for a 70-year-old and $853.59 for an 80-year-old. The longer the guarantee period, the less the monthly payment.

— Payout rates can vary significantly from one life insurer to another. For example, the Canadian Business website was showing a monthly payment from BMO Insurance of only $712.88 for a joint annuity at age 80, which was 11.5 per cent less than the Desjardins rate – which points to the fact that you should do your homework before making a decision on which company to deal with.

Remember that there are downsides to annuities. For starters, when you purchase one, you’re surrendering your capital. Once you hand over your $100,000 (or however much), it’s gone. It’s no longer yours to invest or to pass on as part of an inheritance, which is why many people choose guaranteed annuities even though they have reduced monthly payments. Also, interest rates are very low right now, which makes annuities expensive in terms of what you get for your money. If you can wait until interest rates go up, it’s advisable to do so.

Finally, don’t lose sight of the fact that if the insurance company you deal with runs into financial problems, your annuity could be affected. There is an industry-run organization called Assuris (www.assuris.ca) that provides protection up to a maximum of $2,000 a month if the annuity provider fails. But any amounts above that are at risk.

So, yes, there is a way to be sure you won’t outlive your money even if you’re around to blow out 100 candles. Just make sure you stay healthy enough to enjoy it.