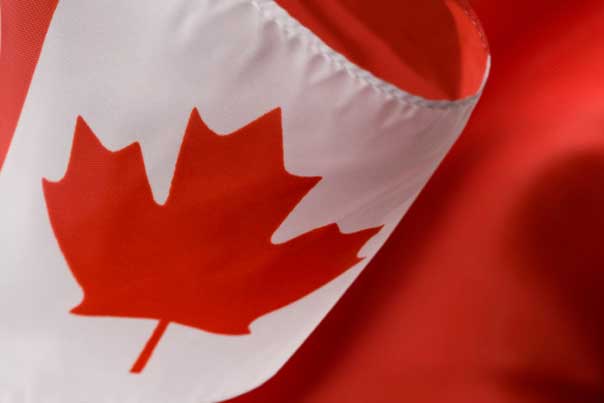 Good news – you’re no longer working for the government.

The official Canada-wide Tax Freedom Day was June 10, according to data compiled by The Fraser Institute. But the exact date depends on your province of residence. Albertans have been off the hook since May 19 (lucky folks!). However, if you live in Newfoundland and Labrador, you keep contributing to government coffers until June 22.

Tax Freedom Day is defined by The Fraser Institute as the day when the average family has earned enough money to pay all their federal, provincial, and local taxes for the year. On average, all those taxes eat up 43.6% of our income, leaving us with only 56.4% to spend on maintaining a home, raising a family, saving for retirement, operating a car, taking a vacation, and all the other many things we want or need.

But again, the amount of income you actually keep depends on where you live. The average resident of Newfoundland and Labrador is left with only $0.53 out of every dollar earned after the various levels of government have grabbed their share. After income tax, payroll taxes such as CPP contributions and sales taxes take the biggest bite.

An interactive graphic developed by Ativa in co-operation with The Fraser Institute offers a wealth of data about the income we earn and the taxes we pay in all parts of the country. If you’re looking for trivia questions to keep the conversation going at your next dinner party, check it out at www.ativa.com/tfd2013/.

Prince Edward Island is at the bottom end of the scale with average family income of $71,739 and taxes of $30,191. No data was offered for any of the territories.

The breakdown of how taxes are collected in each province is also interesting. Surprisingly, New Brunswickers pay the highest property taxes in Canada, accounting for 4.6% of their total bill. Ontario residents are close behind at 4.5%. Newfoundlanders fare best in property tax terms, at 2.2% of their total amount paid.

Car drivers do best in Alberta, with just 0.8% of their tax dollars going for vehicle and fuel levies. Ontario is a close second at 0.9%. Saskatchewan is the most expensive place to be a driver, with 1.9% of taxes going to fuel and vehicle assessments.

The Fraser Institute found that national Tax Freedom Day came two days later this year than in 2012. It part, that was due to tax increases by several governments but the economy also played a role.

“Canada’s economy has improved since the recession,” the Institute said. “As incomes increase, a family’s tax burden tends to increase to a greater extent. That is partly due to our progressive tax system and because people’s consumption increases, which results in an increase in the amount of sales and other consumption taxes Canadian families pay.”

The report also noted that despite the increasing tax burden the federal government and six provinces are forecasting deficits for the current fiscal year.

“Since today’s deficits must one day be paid for by taxes, deficits should be considered as deferred taxation,” the report says. “Had Canadian governments increased taxes to balance their budgets, the average Canadian family would have worked until June 18 to pay the tax bill. In other words, the Balanced Budget Tax Freedom Day arrives on June 19, nine days later than Tax Freedom Day.”

Still, we do seem to be making a little progress. The Institute says the latest Tax Freedom Day in history was in 2000, when it fell on June 24. But that was almost two months later than in 1961, the earliest year for which the calculation has been made.

These are fascinating statistics but what should we make of them in terms of our personal financial and political decisions? For starters, it’s clear that a lot of our hard-earned money is being wasted. Sometimes the amounts are relatively small, such as the Senate expenses scandal that is embarrassing the Conservative government in Ottawa. But too often the amounts poured down the drain cost us hundreds of millions of dollars – look no farther than the cancelled gas plants in Ontario or the F-35 fighter jet mess in Ottawa.

Whether caused by incompetence or deliberate malfeasance, these debacles are leading more people to question why they should fork over such a high percentage of their hard-earned dollars to governments each year. We haven’t experienced a tax rebellion of U.S. proportions yet but we seem to be inching closer to one.

That why politicians like Toronto mayor Rob Ford continue to enjoy strong support from a significant segment of his constituency, despite the controversies that have plagued his time in office. His “stop the gravy train” mantra resonates strongly with many voters, who are just waiting for a leader with credibility and charisma to pick it up and run with it.

In the meantime, all we can do is to arrange our affairs in such a way as to legally minimize the taxes we pay. That includes organizing non-registered investment portfolios so as to attract the least amount of tax through the use of such securities as dividend-paying stocks, preferred shares, and REITs. And, of course, take full advantage of Tax-Free Savings Accounts and RRSPs.

Taxes are the price we pay for good public service, from health care to garbage collection – things we all need and take for granted. But too much of our money is being flushed down the drain. Governments at all levels need to become much more accountable for that.

So revile the likes of Rob Ford all you like, and clearly the man has some serious problems. But his underlying theme of cutting waste is right on target. It should not get lost in the furore surrounding him.