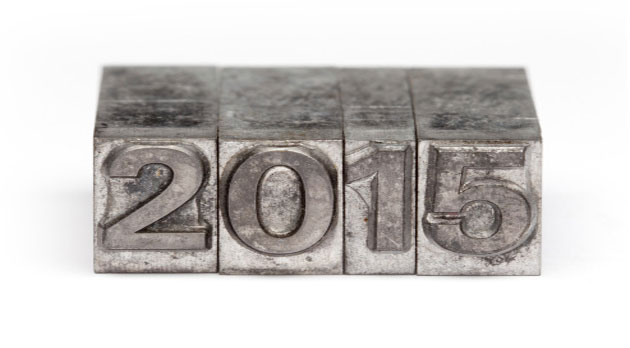 I think there are five major themes that investors need to consider when planning strategies for 2015. The way in which these play out will go a long way towards determining the winners and losers in the year ahead. Here they are.
Is the U.S. economic boom for real? We haven’t seen anything like this for more than a decade. In the third quarter, the U.S. economy grew at an annualized rate of 3.9 per cent according to revised numbers from the Commerce Department. That brought the growth rate for the second and third quarters combined to 4.25 per cent, the best the United States has experienced since the second half of 2003.

Now the big question is whether this growth rate is sustainable. The International Monetary Fund, for one, doesn’t think so. In its latest projection, it pegs the U.S. rate for next year at 3.1 per cent. That’s still healthy, but nowhere near as hot as the spring-summer pace we experienced. By comparison Canada’s projected rate for next year is about 2.5 per cent according to the Bank of Canada’s October Monetary Policy Report. The IMF’s global forecast for the coming year is 3.2 per cent.

One reason for the caution about 2015 is the sluggish pace of growth in U.S. consumer spending. The Commerce Department reported a gain of only 0.2 per cent in October, while September was flat year-over-year. Those numbers came as something of a surprise as conventional wisdom had expected the drop in gasoline prices would translate into more spending at the malls. That doesn’t seem to be happening; U.S. retail sales over the Thanksgiving holiday weekend were down 11 per cent from last year. So the U.S. picture is not entirely rosy.

A strong U.S. economy is obviously good news for Canadians since the Americans are our number one export market. It would also be good news for the U.S. stock market. Both the Dow and the S&P 500 have set record after record this year, with the Dow cracking through the 18,000 level. Some analysts have suggested that share prices have run ahead too quickly, but if economic growth continues at anything like the recent pace we will likely see more upside in 2015. The key word is “if”.

Where will the oil price settle? The oil shock of 2014 is not over yet. Crude prices have fallen more than 40 per cent in recent months to the US$60 a barrel range and there could be more downside to come now that OPEC has opted to keep production at current levels.

Canada is caught in the middle of these global machinations. We have virtually no pricing power because of our lack of access to international markets (the Keystone and Energy East pipelines would change that). Our energy companies benefit from the fact oil is priced in U.S. dollars but the inescapable reality is that low world prices combined with the “Canada discount” will hurt bottom lines in 2015 and act as a depressant on share prices.

That means that in the short term, the energy sector looks dodgy for new money. But investors with long time horizons may see some real bargains emerge.

What will happen to interest rates? The OECD surprised almost everyone in November by saying that the Bank of Canada will probably start raising interest rates next May. That’s a lot sooner than economists have predicted but the Paris-based organization said that an improving economy and inflation running near the BoC’s target two per cent rate will force the issue.

“Given the uncertainty surrounding the amount of economic slack, the Bank of Canada should maintain its current policy stance for the time being,” the OECD report said. “But it will have to start to withdraw stimulus as remaining slack is progressively taken up.”

In its December policy statement, the Bank gave some credence to the OECD’s forecast by saying that inflation has risen faster than expected and that our economy “is showing signs of a broadening recovery”. However, it offset these observations by noting that “the labour market continues to indicate significant slack in the economy” and “weaker oil prices pose an important downside risk to the inflation profile”.

I think it is highly unlikely that the Bank of Canada will move before the U.S. Federal Reserve Board, since that would put upward pressure on the loonie. Both the Bank and the federal government are quite happy with a lower Canadian dollar since it increases the competitiveness of our exporters in world markets. In fact, the OECD mentioned this in its report, saying Canada’s “exports will be supported by stronger foreign-market growth and recent currency depreciation.” So why would the Bank of Canada upset that apple cart?

The Federal Reserve Board wound up its quantitative easing program at the end of October but has been dovish when it comes to raising the federal funds rate, which has been stuck at near zero for several years. The current thinking is that the Fed is likely to hold its ground until at least the second half of 2015 and perhaps not move until 2016. Continued strength in the U.S. economy could change that outlook, of course. If the Fed should move earlier, then we could see a response from the Bank of Canada. But it is hard to imagine our central bank acting in isolation.

When interest rates do start to rise, the effect on both stock and bond markets will be negative. Defensive securities such as utilities, REITs, and telecoms will be hit, as will the prices of government bonds and, to a lesser extent, corporate bonds and preferred shares. So we need to keep close watch on the interest rate front. I think the OECD is premature in its prediction but if it turns out to be right watch out for a lot of market turmoil in the spring.

What will happen to Keystone XL? President Barack Obama is out of time. He has procrastinated on this issue for years but he won’t be able to dither any longer. The new Congress, with its Republican-dominated Senate, will take office this month and once that happens it won’t be long before a bill lands on the President’s desk approving the construction.

Mr. Obama can veto it, of course, and he probably will. But that’s a stalling tactic at best. The new Congress will keep the pressure on. Opinion polls show Keystone is a winner with the U.S. public and the Republicans, who already have their eyes on the 2016 presidential election, are well aware of that. They’ll milk the political optics as much as they can.

It appears from his recent comments that Mr. Obama has already said no to Keystone in his own mind – his remarks about it benefitting Canada more than the U.S. were highly revealing. But he may not be able to resist the Republican pressure, especially since his own party is divided on the issue. Moreover, The Wall Street Journal recently suggested that the President’s foot-dragging may be having a negative rub-off effect on the leading contender for the Democratic nomination in 2016, Hilary Clinton. The President has his back to the wall on this one.

If he rejects Keystone, it will send a signal to the energy industry that any major pipeline projects in the U.S. will likely be put on hold, at least until after the 2016 election. That in turn will provide even more impetus to the shift to transporting crude oil by rail – which, ironically, is more dangerous and environmentally damaging than pipelines.

Approval should give at least a temporary boost to pipeline stocks in general and to the shares of TransCanada Corp. (TSX, NYSE: TRP) in particular. It will also be good news for oil sands producers, even though the pipeline won’t be operational until about two years after a Presidential permit is issued.

Whither China? The slowdown in China’s growth has had a huge effect on Canadian resource producers by driving down global commodity prices. The country’s GDP growth rate now stands at a five-year low, coming in at 7.3 per cent in the third quarter. The IMF forecasts that 2015 will be even worse, coming in at 7.1 per cent. That is well below the government’s target of 7.5 per cent.

Of course, a 7.1 per cent growth rate in any Western country would be phenomenal – too much of a good thing, in fact. But in China, which needs strong GDP growth to provide jobs for its growing labour force, any rate below 7.5 per cent spells potential trouble. That why Beijing has taken a number of unusual steps to try to boost the economy, including cutting interest rates and easing lending rules for home buyers.

So far, none of these moves appears to have had much of an impact. China’s annualized GDP rates for the first three quarters of this year were 7.4 per cent, 7.5 per cent, and 7.3 per cent and there is little optimism the fourth quarter will be any better. The World Bank recently cut its outlook for Chinese growth in 2015 to 7.2 per cent.

If the predictions of a continued slowdown in China are correct, it means that global economic growth will remain sluggish next year, despite the resurgence in the U.S. Investments in Chinese stocks and in companies that do significant business there will likely underperform. And the resource sector will remain in the doldrums through 2015.