Spend Your Winters In The US? Here’s How To Beat The IRS 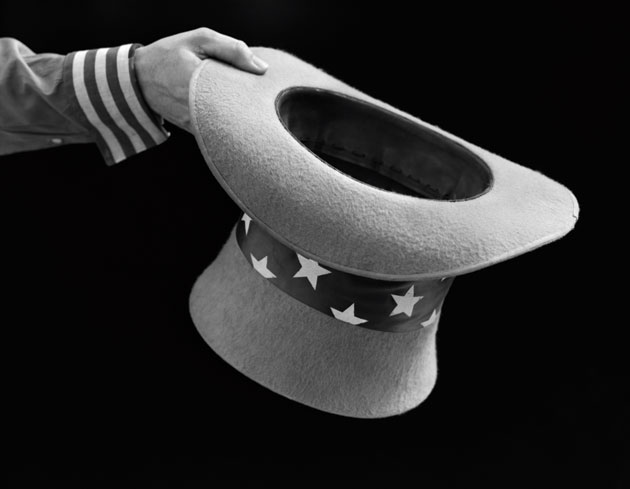 Uncle Sam came hat in hand to Gordon Pape. Here’s how he beat the IRS, and you can, too!

About a year ago, I wrote a column about my problems with the U.S. Internal Revenue Service (the IRS). Since then, some readers have written to me, asking how it all turned out. Well, it’s finally resolved—but it cost me about $2,000 to fix it.

It all started in August last year when a letter showed up in my mailbox claiming that I owed the American government $48,730.57 for the 2014 tax year. At first, I thought it was a hoax but, after I studied the letter several times, I came to conclusion it was legitimate. Uncle Sam wanted me to pay him a huge amount of money.

A lot of American expatriates living in Canada have faced similar problems and, lately, the IRS has been getting more aggressive. Americans are expected to file U.S. tax returns no matter where they live in the world, even if they pay tax at a higher rate in that country. Failure to do so can lead to some hefty penalties.

But I’m not an American citizen. Although I was born in the U.S., I renounced my citizenship back in 1967 when I became a Canadian. At the time, the U.S. did not recognize dual citizenship so I had to make a choice. Canada was my home, and I was proud to be accepted as a citizen. The U.S. embassy in Ottawa made me sign a formal renunciation of American citizenship after I took the oath to the Queen. I never dreamed at the time how important that document would become.

After I recovered from the shock of the IRS letter, I sent off a reply explaining why I didn’t owe the Americans anything. I included a copy of my Certificate of Loss of Nationality and explained that I owned no property in the States. Then I sat back and waited for a “we’re sorry” reply.

Talk about wishful thinking! The next communication I received, dated Dec. 21, said that, with accumulated interest, I now owed $50,530.88. It was obviously a computer-generated letter but it contained a contact name in the IRS office in Philadelphia. I dutifully sent her a copy of my earlier reply with all the details. I eventually received an answer that they were investigating.

That didn’t stop the computer. In February, I received a new notice, claiming my bill had ballooned to $51,269.55. Two months later, another notice arrived putting the amount at $52,043.46. But this one went even further, giving notice of an intent to levy. The accompanying document described how the IRS could put a lien on my property, seize my bank account, issue a summons and more scary stuff.

At this point, I decided I needed professional help to get these people off my back so I enlisted the services of an accountant in Boca Raton, Fla. He had lived many years in Toronto so was very familiar with the intricacies of cross-border taxation. As I explained my problem to him, he just shook his head. He’d heard it all before many times.

In the end, his office had to prepare an amended Non-Resident Tax Return for 2014 (form 1040X) along with a Treaty-Based Return Position Disclosure (form 8833) and a Closer Connection Exception Statement for Aliens (form 8840).

The expense was worth it. On June 6, the IRS sent me a new statement showing a balance owing of zero! It took almost 10 months and a couple of thousand U.S. dollars, but they were finally off my case.

Clearly, you don’t want anything like this to happen to you. Click through for what you need to know if you spend part or all of your winters in the U.S.

Many people think that as long as their stay in the U.S. is less than 183 days in a given year they don’t risk being taxed. Not so. The U.S. substantial presence test requires you to add up all the days you spent in the country over the past three years on the following basis: the total days for the current year, one-third of the days in the prior year and one-sixth of the days in the year before that. So if you spent 140 days in the country in each of 2014, 2015 and 2016, your total would be 210 days, and you’d meet the test.

If you meet the substantial presence test, your best bet is to file this form, which sets out reasons why you are not subject to U.S. tax. It’s a very intrusive document, demanding information on your bank and brokerage accounts, your family’s residence, the location of your car, the jurisdiction that issued your driver’s license, your health plan coverage and more. This level of nosiness may incense some people, but the Florida accountant told me there’s a potential hefty fine if you meet the substantial presence test and don’t file this form.

If for any reason you have to file a Non-Resident Tax Return (form 1040NR), get professional help. The return is full of pitfalls that most people will not be aware of until an IRS letter demanding money is shoved through their mail slot a few months later. You don’t want to go there! I did, and it wasn’t pleasant.

A version of this article appeared in the November 2016 issue with the headline, “Here’s How Gordon Pape Beat the IRS”, p. 76-77.